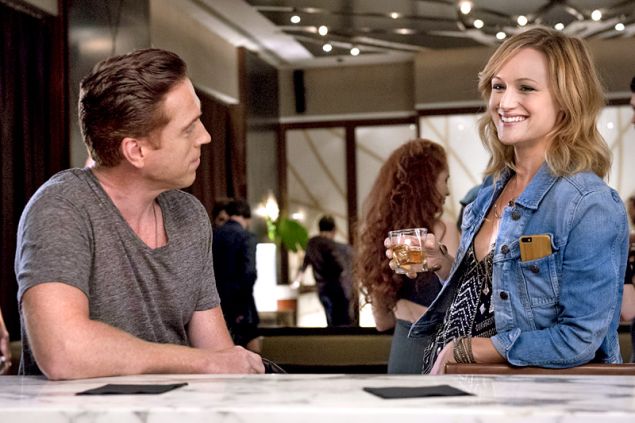 “You into Metallica?” Via Showtime

Metallica on a TV show, yeah yeah yeah. There was only one supergroup that really mattered in this episode: Gale from Breaking Bad, on the phone with Brody from Homeland, with Stan from The Americans sitting a few feet away, as they fly to Quebec for an unexpected run-in with Donna from Halt and Catch Fire. Yes, the prestige-drama-actor bingo card that is Billions got fuller up than ever in this week’s installment. But you didn’t even really need to watch David Costabile be sleazy, Damian Lewis be shrewd, Noah Emmerich be squirrelly, or Kerry Bishé be sexy to enjoy yourself. Written by newcomer Young Il Kim and directed by veteran James Foley (Glengarry Glen Ross!!!), “Short Squeeze” made Billions a tighter, smarter, better show than it has been so far.

That’s easy enough to do with the proverbial One Simple Trick, of course: quit working blue. This was the first week without an explicit sex scene. Not that there’s anything wrong with that! But the show’s over-the-top, context-free approach to the physical act of love throws you right out of the action the moment people start getting some action. While it might have been nice, aesthetically speaking, to watch a Lewis and Bishé love scene (very loosely defining “love” here), I’m glad that Bobby Axelrod never wound up hooking up with Elise, Metallica’s lovely and incongruously acoustic opening act—the show could use a cold shower. Moreover, keeping Axe loyal to his wife the way Chuck Rhoades is to his keeps the focus strictly on how the two men conduct business, without using adultery as a sort of Rosetta stone for their overall moral lexicon.

But the episode’s stronger for what it adds than for what it takes away, namely a terrific speech about the nature of the beast Rhoades is hunting from a fellow member of the pack. Much of the ep concerns Pete Decker, the former Axe associate Chuck managed to snare and flip against his old boss. The attorney general spends the day grilling the chastened financier, pressing him for any information on how Bobby conducts his insider trades. The answers are dispiriting, for Chuck anyway; for us, they paint the most vivid portrait yet of Axelrod and the rarefied air he breathes. To paraphrase Hannibal, nothing happens to him—he happens. In a Casino-like montage voiceover sequence, Decker describes a man who’s so rich he’s more like a “nation-state” than a human being; so powerful that he’s “an aircraft carrier” around whom smaller vessels instinctively fall into formation; so influential over the material circumstances of everyday reality that he can decide he wants cheesteaks for lunch and have dozens delivered fresh from Philly’s finest shops within hours. A guy like that doesn’t seek out sources for inside info—they come to him from dozens of connections all at once, raining down in torrents that would be unmanageable to anyone but a genius like him. The challenge of being Bobby Axelrod, Decker explains, is maintaining the mental discipline required to collate all that information and act accordingly—and correctly, every time, lest some other hedge-fund wizard seize his throne.

While Decker tells, Bobby shows. In a single overnight trip, he fends off a squeeze play by Chuck’s vengeful father with a seemingly neverending series of phone calls to various friends and enemies; uses his fixer both to ID Decker and sick the SEC on Rhoades’s dad; saves his hapless childhood friend Freddie (Emmerich) from getting caught up in his complex short play, then cuts him loose from the friendship; flirts with but ultimately turns down Elisa, opting to stick with the “real thing” he has with his wife; has a mysterious meeting with some guy named Konstantin; gets the idea to start dropping entire segments of his holdings, in order either to get out or make its seem like he’s getting out; and rubs elbows with James Hetfield. Full day! Axe is just that good—good enough to get inside Rhoades’s office with a mole, feed info to his rival Spyros, and damn near get his father arrested, just as Rhoades had threatened to do to Decker’s parents. Damian Lewis is a physical actor, so there’s very little sitting around and thinking and a whole lot of purposeful striding and phone tossing and careful readjustment of body language going on, but the overall vibe is one of a guy sitting in front of a screen and working the Matrix.

Even as the writing around Bobby becomes more crisp and convincing, the show maintains its one true strength (besides the casting): the relationship of Chuck and his wife Wendy. When she spots her former colleague Decker while dropping her husband off at work, he dishonestly blows off her inquiries; by the time he comes home he’s ready to apologize, saying he felt “guilty and defensive, so I dissembled.” Wendy apologizes too, for putting him on the spot in a way that could compromise one of his cases—then she points out that there were ways he could have communicated this besides lying, to which he agrees. Can you imagine if Billions winds up portraying the most high-functioning marriage on TV, one where fault is admitted rather than assigned, where problems are identified and addressed rather than allowed to fester, and where minor transgressions or disappointments aren’t stored away for a future emotional apocalypse? That’s be a long-odds victory as impressive as anything Axe has pulled off. 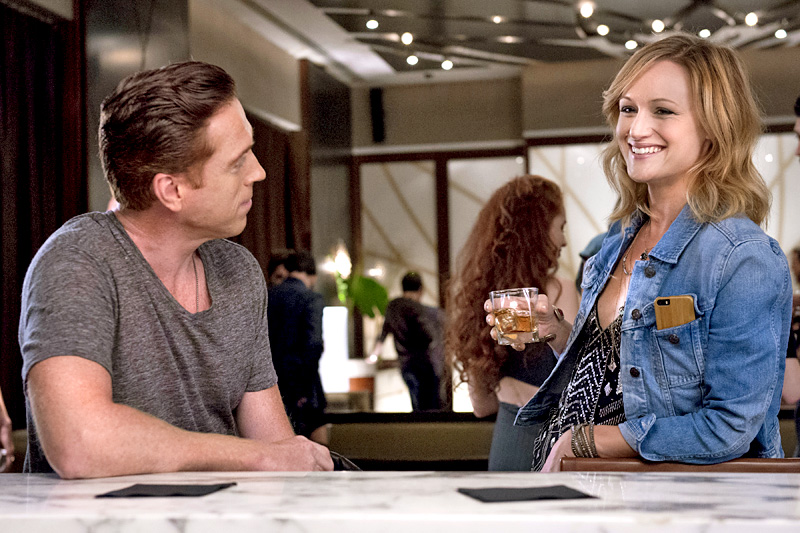