Bloomfield’s city council was recently shaken by the indictment of councilman Elias Chalet for allegedly accepting $15,000 in bribes. The initial filing of those charges set off a chain of events that had Bloomfield residents rallying to get Mayor Michael Venezia and fellow council members to pressure Chalet to resign, protests at council meetings and a physical altercation between Councilman Chalet’s cousin, Daniel Chalet, and Councilman Joseph Lopez. When the altercation happened following a January council meeting, Lopez had been the only council member to call for Chalet’s resignation.

On Wednesday, a spokesman for Venezia issued a statement claiming that, after the indictment last week, the mayor had approached Chalet and called for his resignation.

According to Lopez, however, the mayor’s words are not in line with his actions. Lopez cited an interview Venezia did with the radio station Hot 97 on January 31. In that interview, the DJ asked Venezia about social media posts he was seeing from members of the Chalet family including “Danny” expressing support. The DJ asked if the Chalet’s were part of Venezia’s “team.” Venezia said they were.

Lopez issued a statement about Venezia’s claim that he spoke with Chalet about a resignation and the radio interview:

“It took nearly three months of impassioned pressure from the public, who intensely let Mayor Venezia know that they will not tolerate the culture of corruption that exists in his administration before he could find the moral compass to issue a halfhearted statement that he privately asked Councilman Chalet to resign. But the mayor’s actions don’t square with his words. For example, during the January 4 town council meeting, I gave the mayor and council the opportunity to publicly admonish the alleged illegal actions of Councilman Chalet by joining with me in asking for his resignation but I couldn’t even get a second on my motion! I have put the matter back on the February 22 agenda because I want to give the mayor and council another chance to join with me to let Bloomfield citizens know that we will not tolerate corruption in Mayor Venezia’s administration by publicly asking Councilman Chalet to resign.

But Mayor Venezia’s true feelings were exposed in the comments he made during his interview with Hot 97 Radio on January 31. During the interview, he embraced the support of Councilman Chalet who was indicted on bribery, official misconduct and other charges just two days prior on January 29 and Danny Chalet, the convicted felon who stole nearly $500,000 worth of merchandise from Home Depot stores in five states.”

When asked about Venezia’s statement on Hot 97, Venezia’s spokesperson issued the following statement:

“Mayor Venezia has asked Councilman Chalet for his resignation and believes it would be in everyone’s best interest for him to step down and focus on his legal situation. Ultimately neither the Mayor nor the Council have any formal mechanism for removing an elected official and Mayor Venezia is focused on continuing to move the township forward. Most Bloomfield residents recognize the progress that has been made under Mayor Venezia’s leadership, which is why he has the support of so many.

Also, you should know that the extended Chalet family includes hundreds of long time residents and local business owners, so when someone refers to this group they are not simply discussing Councilman Chalet’s immediate family, but a much larger group of residents who have made many positive contributions to Bloomfield. Many do support Mayor Venezia, but that should not be seen as anything more than Bloomfield residents recognizing the success of his administration.” 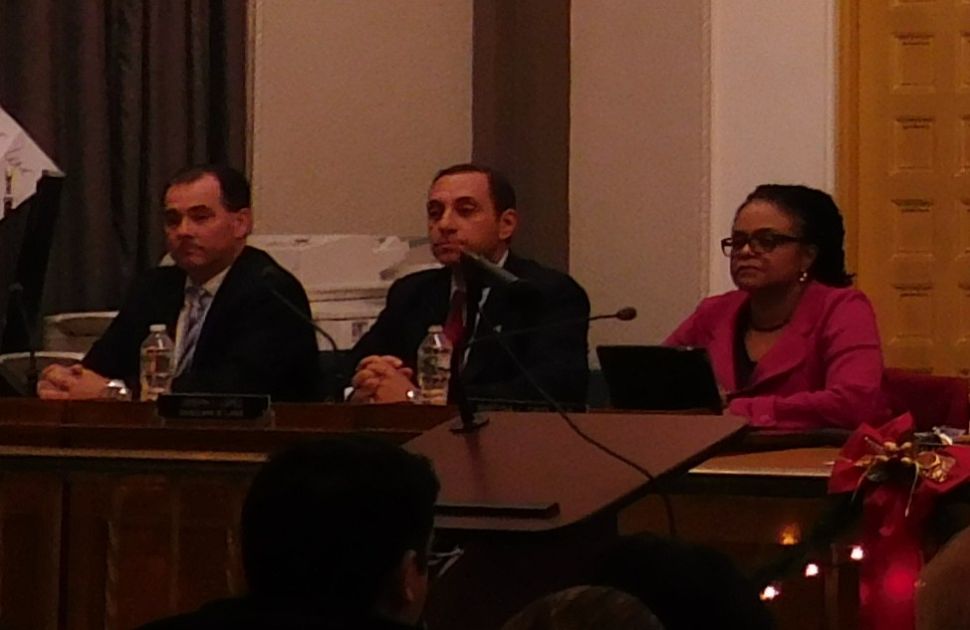