For months you’ve read about EmailGate in this column. I’ve elaborated how Hillary Clinton, the apparent Democratic frontrunner for President this year, put large amounts of classified information at grave risk through slipshod security practices by herself and her staff. Now that scandal has taken a significant turn for the more ominous.

Last Friday afternoon the State Department’s latest court-mandated release of Hillary Clinton’s emails from when she was Secretary of State caused a new political firestorm. While many more emails were released by Foggy Bottom, some with redactions due to classified materials they contained, twenty-two emails totaling thirty-seven pages of text were withheld entirely at the request of the Intelligence Community. Those twenty-two emails, deemed “unclassified” by Ms. Clinton and her staff, were judged to be Top Secret in reality.

Since Top Secret is the U.S. Government’s highest official classification level, this revelation exploded months of denials from the Clinton presidential campaign that Hillary had done no wrong. The Federal government defines Top Secret materials as “information, the unauthorized disclosure of which reasonably could be expected to cause exceptionally grave damage to the national security.” The disclosure of Top Secret information is a serious criminal matter that normal Americans face prosecution and substantial jail time for perpetrating.

Nevertheless, Hillary Clinton over the weekend continued to deny any wrongdoing in EmailGate, painting the scandal as just more political theater by her enemies. Echoes of the “vast right-wing conspiracy,” the Clintonian 1990s bogeyman, are now distinctly audible. Moreover, she compared the story to the attack on our Benghazi consulate in 2012, which may not help her politically, given the lingering problems that tragedy still causes Ms. Clinton in certain quarters.

Most controversially, Hillary and her mouthpieces have kept pushing the line that none of this information was “marked” classified when it appeared in her personal emails, despite the fact that this claim, even if true, does not mitigate any disclosure of classified information. Her defense seems to be that neither she nor anybody on her staff were able to recognize that Top Secret information was actually Top Secret, which is hardly a ringing endorsement of Hillary’s qualifications to be our next commander-in-chief.

Mysteries abound in this latest trove of emails. One of the big ones is that four emails from Sidney Blumenthal, Hillary’s close friend and factotum, were withheld by the Intelligence Community because they were judged to be entirely classified. How Mr. Blumenthal, who held no U.S. Government position after January 2001, when Bill Clinton left the White House, had access to classified information a decade after that is not explained.

This column has previously detailed how Mr. Blumenthal was running an impressive private intelligence agency for the Secretary of State, and that his emails to Ms. Clinton inexplicably included highly sensitive Top Secret Codeword intelligence from the National Security Agency. Since Mr. Blumenthal’s emails were illegally accessed by a private hacker, they can be safely assumed in to be in the hands of numerous foreign intelligence services. There’s a lot here that the FBI needs to unravel to understand EmailGate’s full complexity – and illegality.

Nevertheless, Hillary has upped the ante by demanding that the twenty-two Top Secret emails that have been withheld by the State Department be released to the public so Americans can see that they are in fact innocuous, as Ms. Clinton and her defenders maintain. Yet this is pure political theater: she surely knows that the emails are not going to be released on security grounds anytime soon, probably not for several decades, at least.

What, then, is in those twenty-two emails? Contrary to the assertions of Team Clinton that the information was benign, a “nothing-burger” to cite her allies, implying that the overzealous Intelligence Community has classified information that doesn’t need protection, their contents are Top Secret with good reason. Hillary has opted for cries of “overclassification” as her last line of defense in EmailGate, notwithstanding that’s the choice of any officials in Washington, DC, who have broken secrecy laws and have no leg left to stand on.

Today FoxNews has reported that those twenty-two Top Secret emails included “operational intelligence” that involves espionage sources and methods, adding that lives have been put at risk by Hillary’s mishandling of this information.

I can confirm that the FoxNews report, which lacks any specifics about exactly what was compromised, is accurate. And what was actually in those Top Secret emails found on Hillary’s “unclassified” personal bathroom server was colossally damaging to our national security and has put lives at risk.

Discussions with Intelligence Community officials have revealed that Ms. Clinton’s “unclassified” emails included Holy Grail items of American espionage such as the true names of Central Intelligence Agency intelligence officers serving overseas under cover. Worse, some of those exposed are serving under non-official cover. NOCs (see this for an explanation of their important role in espionage) are the pointy end of the CIA spear and they are always at risk of exposure – which is what Ms. Clinton’s emails have done.

Not only have these spies had their lives put in serious risk by this, it’s a clear violation of Federal law. The Intelligence Identities Protection Act of 1982, enacted due to the murder of the CIA’s station chief in Athens after his cover was blown by the left-wing media, makes it a Federal crime to divulge the true identity of any covert operative serving U.S. intelligence if that person has not previous been publicly acknowledged to be working for our spy agencies.

People really go to jail for breaking this law. John Kiriakou, a former CIA officer, recently emerged from two years in prison for unauthorized disclosure of classified information, including exposing the identity of an Agency colleague who was serving under cover.

Anyone possessing political memory will recall that this law was also the centerpiece of the 2003 scandal surrounding Valerie Plame, a CIA NOC officer whose identity appeared in the media after it was exposed by the George W. Bush White House. Ms. Plame became a liberal icon of sorts, complete with high glamour, while the affair became an obsession for much of the mainstream media, despite the fact that the spy was physically unharmed by the leak.

Indeed, Valerie Plame parleyed the ruckus into a successful post-CIA career and she remains in the limelight. In a perverse irony, last weekend she was in New Hampshire campaigning for Hillary Clinton. Neither Ms. Plame nor much of the media seem interested in their candidate’s far greater compromise of classified information, including the identities of NOCs like Valerie Plame once was.

Hillary’s emails also include the names of foreigners who are on the CIA payroll, according to Intelligence Community officials. Since it can be safely assumed that several foreign intelligence agencies intercepted Ms. Clinton’s unencrypted communications, this directly threatens the lives of the exposed individuals. “It’s a death sentence,” explained a senior Intelligence Community official: “if we’re lucky only agents, not our officers, will get killed because of this.” (Agents are foreigners working for U.S. intelligence while officers are American staffers.)

CIA and the entire Intelligence Community are in panic mode right now, trying to determine which of our intelligence officers and agents have been compromised by EmailGate. At a minimum, valuable covers have been blown, careers have been ruined, and lives have been put at serious risk. Our spies’ greatest concern now is what’s still in Hillary’s emails that investigators have yet to find.

And what about those 30,000 emails that Ms. Clinton had deleted? “I’ll spend the rest of my career trying to figure out what classified information was in those,” stated an exasperated Pentagon counterintelligence official, “everybody is mad as hell right now.” “The worst part,” the counterspy added,” is that Moscow and Beijing have that information but the Intelligence Community maybe never will.” 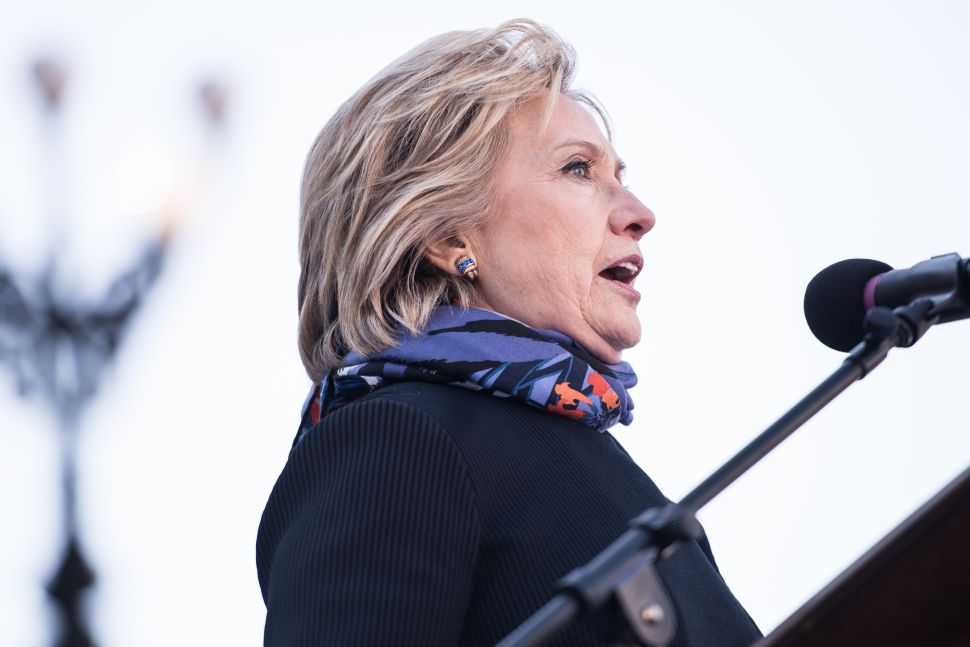