With the onset of Fashion Week, some of the leading figures in the industry are celebrating a bit early.

At least François Kress, is: the CEO of Carolina Herrera just bought a three-bedroom, three-bath penthouse on the Upper West Side.

Mr. Kress, who joined the fashion house last March after a number of high profile gigs at Stuart Weitzman, The Row, Prada, and Fendi, to name a few, purchased the place for $2.4 million from Julia Robbins. Compared to the $3.6 million the unit was first listed for in 2014, Mr. Kress did quite well—it was last listed for $2.5 million, though the apartment actually looks quite nice and almost…idyllic, even, with white bookshelves and lots of yellow and gray furniture. But maybe in the cooling market, the sunny interior didn’t hold up quite as well as Ms. Robbins had hoped.

It did charm Mr. Kress, though! And while the Upper West Side might not be the locale one would most associate with fashion’s elite, Mr. Kress does tend more towards the classic, traditional aesthetic (as does the fashion house he runs). His new prewar co-op at 243 West End Avenue has 12-foot ceilings, a fireplace, southern and western exposures, and herringbone wood floors.

The listing, which was shared by Corcoran brokers Susanne Columbia, Todd Vitolo and Orly Hoff, also has a 600-square-foot terrace—though it’s unclear if Mr. Kress is the gardening type. Expensive clothes don’t always mix so well with large pots of dirt. 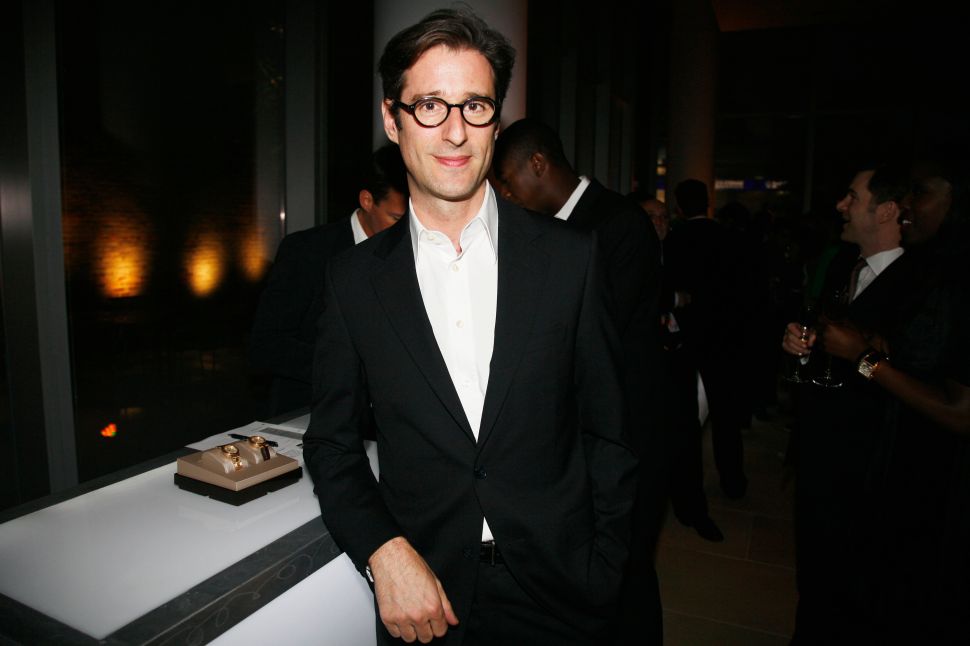