Ten years ago their trajectory would have been inconceivable. Chui Wan, a Beijing-based band, recently shot to underground cult status both in China and abroad. The Village Voice praised the band’s sophomore album for its evocation of “twentieth-century minimalism, Asian folk, jazz, [and] pop-spy soundtracks,” while NPR debuted its video last May. At the time, Chui Wan was in the midst of their first U.S. tour, opening for the legendary 13th Floor Elevators at Austin Psych Fest as their music climbed American college radio charts.

To the uninitiated, Chui Wan’s story might seem exciting but unexceptional. The band’s rise, however, is also a story about urban Chinese culture rising from the bottom up. The scene that birthed Chui Wan was built unexpectedly just over a decade ago, with brilliant rock guitarist and composer Zhang Shouwang as the soft-spoken and unlikely center of a small group of musicians in the early 2000s. At a time of strictly limited internet access, these precocious teens cut high school to prowl Beijing’s Xinjiekou, where small music-instrument shops sometimes sold illicit imported CDs in guarded back rooms. In what would have shocked their classmates, on some nights they even nervously attended one of the few clubs that supported local bands. That’s where they would have learned about PK14, the band that showed how this harsh foreign music could be bent to express Chinese concerns, never dreaming that its leader, the poet Yang Haisong, who went on to become the most influential producer in China, was opening doors to them and to later generations of Chinese musicians.

In Chinese music, five years is a generation, and Chui Wan became the frontrunner of a new generation of Beijing bands.

In college Shouwang scoured the school’s online message boards to meet other Velvet Underground and Suicide fans, among them Li Weisi and Li Qing, who would herself become a huge influence on young Chinese musicians, and who joined him to form Carsick Cars. By his sophomore year in 2005 the band was performing regular, sparsely-attended gigs linked by word of mouth to other like-minded bands—most famously Shouwang’s side project White, Li Qing’s dark, industrial Snapline, and the brilliant, schizophrenic Ne Zha. They learned to book shows together at the few dives small enough to host them, gathering together under what Shouwang, riffing on the famous 1978 No Wave compilation, would dub No Beijing.

Beijing’s club scene at the time, guided by expat hipsters, measured the success of local bands largely by their fidelity to foreign models. Shouwang and his friends preferred something off-kilter, a melange of indie, post-punk, krautrock and guitar improvisation. But while they loved the discordant, Beijing bands also tended to write beautifully crafted pop songs. Perhaps this was the legacy of the saccharine Cantopop one heard everywhere in China, or maybe Chinese musicians inherit the intensely melodic focus of classical Chinese music, a tradition that may have also contributed to their fascination with sonic texture, adapted to the 21st century via an obsession with synthesizers and digital effects.

Over the next few years, to his astonishment, Shouwang began to draw interest from his foreign musical heroes. Elliot Sharp toured China with him. Blixa Bargeld produced White’s debut album. Sonic Youth took Carsick Cars to Europe in 2007. At home Shouwang fed his international experience into frequent shows at the now-legendary rock club D-22. His solo and collaborative performances helped develop Zoomin’ Night, an experimental music showcase held weekly at the club. Reluctantly he became a role model for young artists drawn to the sounds coming from D-22.

In 2008, Zoomin’ Night organizer Zhu Wenbo introduced Shouwang to Yan Yulong, a shy arrival from Harbin who, defying his parents, had move to Beijing after learning of its music scene. Yan had studied violin and piano as a child, but after discovering Swans, Velvet Underground, and the No Beijing bands while in high school, he turned to the amplified and distorted sounds that seemed closer to the frenetic destruction and construction of his hometown than the Western or Chinese classical music he had been taught.

In Chinese music, five years is a generation, and Chui Wan became the frontrunner of a new generation of Beijing bands who managed to grow out of No Beijing’s shadow with their own omnivorous idiom of experimental rock. The 2012 release of their debut album, spread on a nationwide tour with New York psych stalwarts Psychic Ills, brought them overnight recognition in Chinese music circles, which they expanded abroad following now well-trod paths in Europe and North America. Their widely lauded sophomore album cemented their status as one of China’s most promising young bands.

Reflecting the influence of Shouwang and his contemporaries, today many of Beijing’s leading young musicians indiscriminately hop genres. Yan has followed his mentor’s interest in the alt-classical sphere, jointly composing Ping Ze, a highlight of last year’s Sally Can’t Dance new-music festival. The composition formed the basis for a Shouwang piece commissioned by New York’s Bang on a Can, which premiered last week to an enthusiastic audience at New York’s Merkin Hall.

In China, the model for a serious musician working outside the mainstream pop industry was forged less than a decade ago, thanks in large part to the intrepid No Beijing contingent. It is now solidly embodied by Yan Yulong, and spreading as youth throughout China’s urban centers are inspired by the recognition abroad of their Beijing peers. A confluence of unexpected events and talented individuals took a large city on the edges of culture, from which no one expected much more than a smattering of expensive, Western-copied cultural institutions (exemplified by Beijing’s pretentious Great Egg), and turned it into one of the most exciting music cities in the world. Chui Wan’s career would be impressive in New York or Berlin, but in Beijing it is almost a miracle. 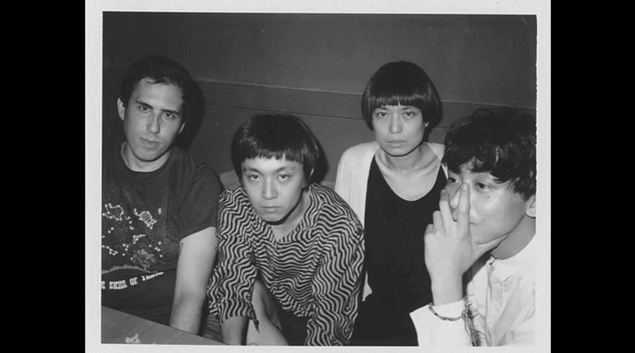