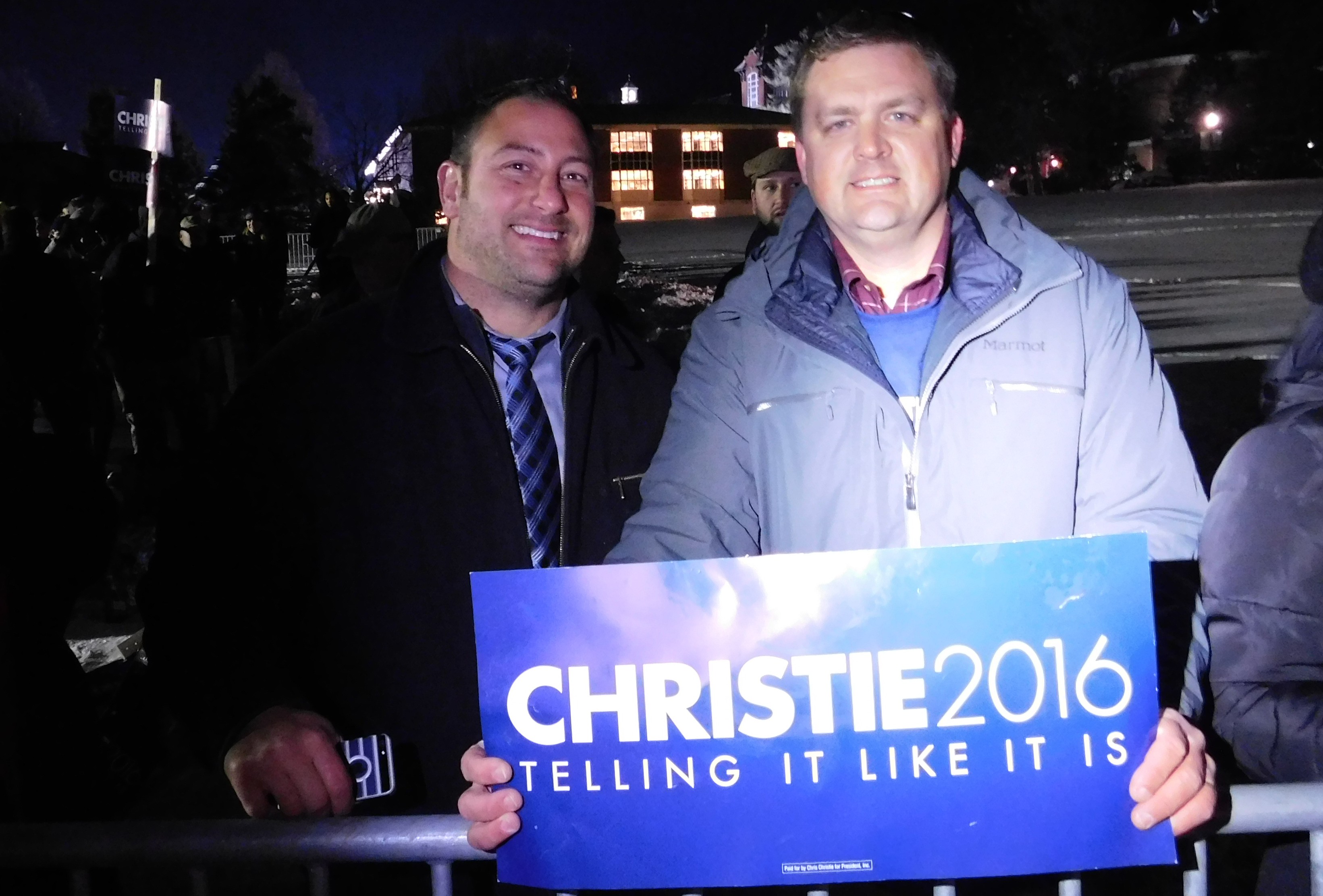 Griffin (left) and Zeman came from NJ to support Christie in NH.

MANCHESTER – Despite the frigid New Hampshire cold, groups both in support and opposed to the Republican presidential candidates crowded the lawn of St. Anselm College ahead of the last Republican debate before Tuesday’s first-in-the-nation primary.

A group of Governor Chris Christie supporters held signs aloft as they chanted their support for the governor as their presidential pick. Many of those supporters were from Christie’s home state of New Jersey.

Ryan Griffin of Brick, New Jersey came up on Friday with a group organized by Christie’s’ campaign. According to Griffin, Christie’s leadership when Hurricane Sandy devastated much of the Jersey Shore region where he lives demonstrates that he is the right man to be the next Commander in Chief.

“He was there when Hurricane Sandy hit us,” Griffin told PolitickerNJ. “It was devastating.”

Griffin, who works for the Ocean County Health Department, said that the Sandy response by Christie was swift, showing that he can handle a difficult situation and do right by those effected. He also spoke out in support of his policies in New Jersey and stance on keeping taxes “under control.”

“Chris Christie makes the tough choices,” Griffin said. “He makes the decisions other people are afraid to make.”

Like Griffin, Chris Zeman came up form New Jersey to demonstrate his support for the Governor. He agreed that Christie’s response to Sandy was a critical demonstration of his leadership. Zeman works with fisheries and said that his industry was heavily impacted by the hurricane’s aftereffects.

“Sandy for New Jersey was a real moment and he really stood up for the task,” said Zeman of River Vale. “Every time we had to ask for something, he was great.”

According to Zeman, Christie made funding a priority in the aftermath of Hurricane Sandy, something that allowed his industry quick recovery. 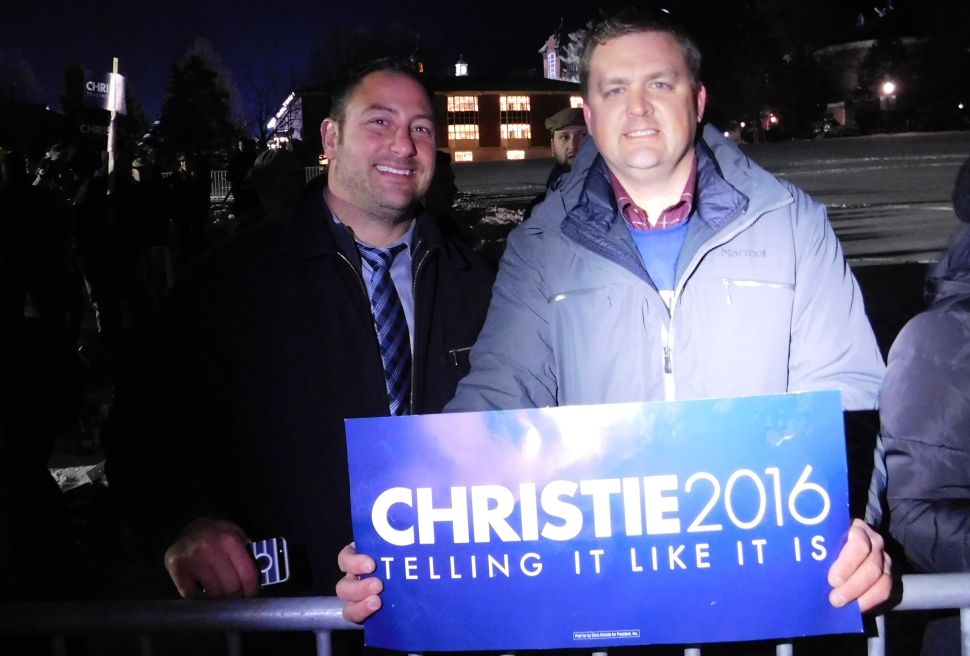