It can be hard for a teenager to figure out what kind of behavior is healthy, and what kind isn’t, when navigating a romantic relationship for the first time—especially so if they’re already dealing with the challenges of being in foster care.

But today, the city will announce plans to reach 5,000 of those young people a year with workshops on how to recognize unhealthy relationships, just in time for Teen Dating Violence Awareness Month.

“We’ve taken important steps to reduce domestic violence and intimate partner abuse—but no strategy is more effective than prevention,” First Lady Chirlane McCray said in a statement provided to the Observer. “Act early is a key principle of the mental health roadmap. That is why we are making sure our vulnerable youth have the skills to maintain healthy relationships, and to leave negative behaviors behind before they develop unhealthy patterns that are tough to break.”

People who grew up in a home where there was domestic violence are more likely to become victims or perpetrators of it themselves, studies have shown—and some 5,036 children who received foster care from the city’s Administration for Children’s Services came from homes where domestic violence was an issue.

The new program, dubbed Creating Awareness about Relationship Equality (or CARE), will try to reach those teenagers with nearly 30 workshops every month, taught by fellow young people who will serve as peer educators.

“I think it’s important for any young person. I think when you’re dealing with teens, being a teen already is hard, and being a young person in foster care, there are challenges the you have to face,” Nahjee Cook, 25, a peer educator from East New York, said in a telephone interview. “If a young person is experiencing intimate partner violence or family domestic violence, it only exacerbates the situation.”

“We hear about a lot of behaviors that we would say are unhealthy or worrisome or problematic—but they’re talking about very normalized behaviors among young people.”

For many, the term domestic violence conjures up domesticity—adults, who are likely married, said Elizabeth Falcone, the director of youth programs for the Mayor’s Office to Combat Domestic Violence. So the peer educators won’t only educate their peers—they’ll hold workshops for case workers and foster parents, too, so those adults can spot warning signs and help stem them before they take hold.

Love Johnson, 21, a peer educator in the program who is from St. George on Staten Island, agreed that many people don’t associate domestic violence with young people. In workshops, she tries to stress that domestic violence can look like many things—including “minimizing and denying and blaming,” in addition to physical violence.

“What I found that it looked like the most with the youth that I’ve encountered is, ‘No, you can’t wear that.’ And they think that their partners saying they can’t wear something or they can’t do things is a way of their partner expressing love and deep compassion for them,” Ms. Johnson said. “And what we say is: no, that is controlling. There is a difference between love and there is a difference between control. And we try to bridge that gap.”

Ms. Falcone said that in the workshops, teens often talk about troubling dynamics like those without sensing they are a problem.

“We hear about a lot of behaviors that we would say are unhealthy or worrisome or problematic—but they’re talking about very normalized behaviors among young people,” she said.

Those behaviors extend to technology, Ms. Cook said, particularly in situations where one partner is constantly texting the other—and not just to see how their day is going.

“If someone is texting you 24/7, and they want know where you are, and they want proof of where you are—we see that as unhealthy,” she said. “We ask them: how does it make you feel? If that behavior makes you feel like someone doesn’t trust you, then maybe that’s something you should look at. Maybe that’s something you should consider. If that kind of behavior hurts your feelings or makes you feel bad, then maybe that’s not something that’s super healthy.”

In addition to being close in age to the youth in foster care they’ll be educating—who are between 11- and 21-years-old—Ms. Love and Ms. Cook have something else in common with them: they both aged out of the foster care system.

“During foster care, I met a lot of people some were very refreshing and welcoming and made me feel like a person. Others were very robotic,” Ms. Cook said. “I wanted to be someone who helped a young person in care, in one of those troubled times, who was a refreshing face and was very positive.”

The CARE program will be housed within the Office to Combat Domestic Violence’s “NYC Healthy Relationship Training Academy”—which already conducts about 25 workshops a month for about 400 young people in facilities like schools, faith groups, juvenile detention centers or shelters. It will be a multi-agency initiative and is part of Ms. McCray’s $850 million ThriveNYC mental health initiative.

This article has been updated to correct the last name of one of the peer educators: it is Love Johnson. 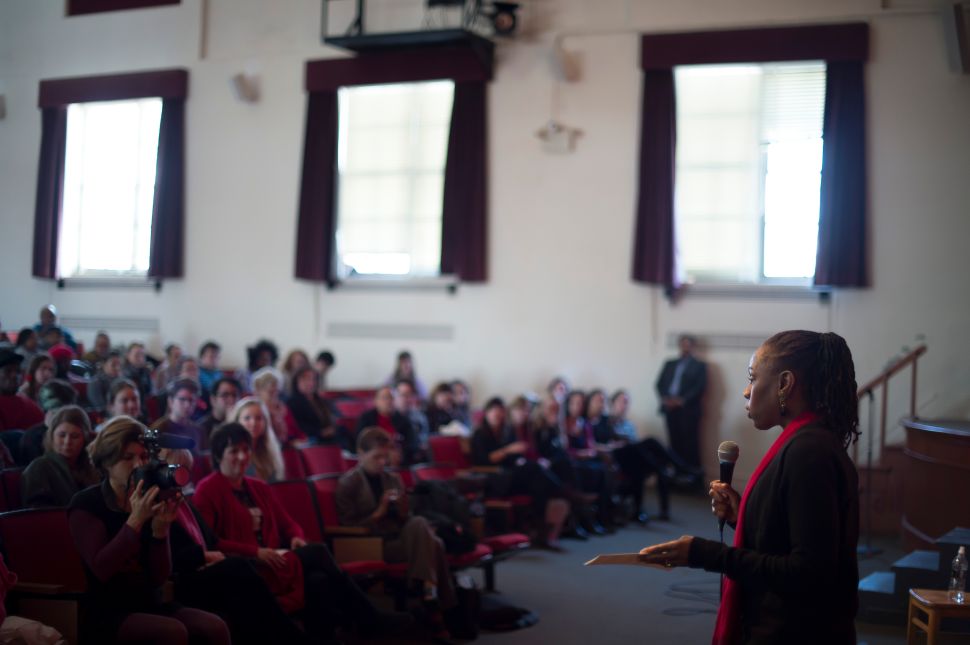