New Jersey and New Hampshire may sound somewhat alike when you say the words, and perhaps they contain some regional and geological correspondences, but the similarities essentially end there.

New Jerseyans who hung around the Red Arrow Diner this weekend at the edge of Tuesday’s presidential primaries happily picked up on some of those echoes – and yet also came away more aware than ever of the shortcomings of a home state creaking under the rusty strains of post-industrialism, which strangely still insists on being recognized as America’s Garden State.

The biggest difference may well be the fact that New Hampshire holds its primary election tomorrow, while New Jersey reserves a safety-first June date for the contest, limping irrelevantly into the national political bloodstream presumably long after the rest of the country picks the prez candidates.

A longtime hard-boiled pol who serves Bergen County and who grew up immersed in her father’s Hudson County campaigns, Assemblywoman Valerie Vainieri Huttle (D-37) canvassed hard for Hillary Clinton in Manchester, and delighted in a culture all but snowed under by the weight of ongoing political discourse.

“Everyone was talking about politics,” said the political animal from Englewood, who found herself in debates and discussions with waitresses and waiters, cashiers and cab drivers.

“Everybody was supporting someone different,” marveled Vainieri Huttle, who went to Manchester for the first time in her veteran career to campaign for Clinton.

Despite polls showing Bernie Sanders leading the former secretary of state, the assemblywoman witnessed Clinton pavement pounding in the closing hours of the New Hampshire contest. “She was doing door to door,” she said of Clinton. “We’re hoping for an upset.”

As for an all politics all the time population in New Hampshire, Vainieri Huttle said it’s striking compared to New Jersey, where the hustle of daily life routinely un-tracks people from politics, despite tough guy attitudes here that arrogantly assert this place as the American origin of streetwise political spider senses.

“We don’t get it,” Vainieri Huttle told PolitickerNJ, when considering her home state.

But coming back home after a 48-hour NH immersion, she felt positive; delighted by being part of a process that includes a unique experience called New Hampshire. “Everyone is so open; and you see presidential candidates walking around everywhere, it’s like a local election for president, and it’s just so energizing,” she said. 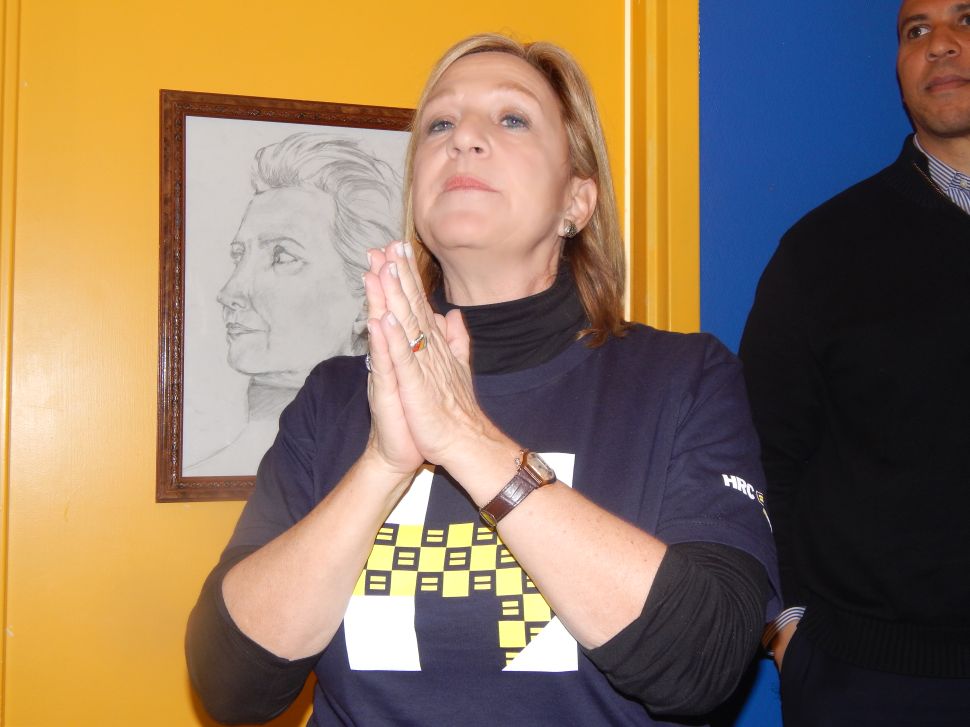