The Uber re-brand is being bashed left and right: it overcorrected and created complexity, it will lead to brand anarchy and a brand management nightmare, and most damning of all perhaps, it really wasn’t necessary in the first place. The simple white and black logo with the letter U was distinctive and in our child-like alphabet of mobile apps, it fit nicely between the S with a background of blue for Skype, the T for Tumblr, the V for Venmo and the Z for Zipcar. Did Uber really have to hand over the U?

It is a fact that two years is a long time to get through a rebranding. Nor should it have required a full design team and significant amount of CEO Travis Kalanick’s time and involvement. According to Wired magazine, the overall process started some time in 2013 and began with more than half a dozen agency interviews.[i] But with none of the agencies meeting Uber’s standards, the company decided to take the work in-house and do it themselves. From then on everything went downhill, according to the branding pundits.

Some have remarked that “just because you can, does not mean you should,” as the CEO of Vivaldi Partners Group, Erich Joachimsthaler said recently. Yes, the design team, which had the permission to change the logo and branding, may have gotten carried away and perhaps shouldn’t have changed the brand in the first place. Especially if it meant losing the elegantly stylized “U” and replacing it with a generic circle or square that, with a bit of imagination looks like a “bit”. And yes, they perhaps should have relied on experienced agencies. There are professionals who do this work day in and day out, not just once every few years.

But then, Uber would not be Uber if it merely followed the expected and well-worn paths of corporate re-brandings. Uber boldly rejected the standard playbook of corporate identity and branding firms and I think we have something to learn:

What loss of brand equity? The biggest lamentation I’ve heard is for the loss of equity accrued over the past 5 years. In an incredibly short amount of time, the simple white font on black logo amassed immense brand recognition and some can’t believe that the company would willy-nilly throw this all away. I don’t agree. This thinking is rooted in the classic brand management rulebook of the 90s, created to help cereal brands compete on supermarket shelves with twenty other cereal brands. Uber’s visual identity doesn’t have the responsibility of driving consumers to choose the brand over another at the point of purchase.

The brand already resides on people’s phones, in a captive environment with a limited set of choices, as there are very few apps that solve my transportation or delivery service needs the way Uber does. It doesn’t need to duke it out for the attention of shoppers. Measurement of brand equity needs to be re-thought to reflect the fact that the branding of data-driven business models like Uber don’t drive my loyalty, it’s the extreme utility they provide. Let’s not apply 20th century branding rules to 21st century brands.

Why worry about the lack of uniformity? The introduction of multiple colors and different visual identities for the 65 countries it operates in supposedly will create consumer confusion. Really? I don’t buy it. Nobody uses Uber globally. Consumers use its services locally and so for all the good reasons, it adapts its designs locally.

Some experts say that this creates a complexity that makes it difficult to manage the brand. I don’t agree. Uber managed to scale up in over sixty countries and 400 cities in just a few years. Launching a few dozen visual identities, which are mostly digitally managed, should not pose a major challenge for the company. Too many variations across countries? Think about how Google updates Google Doodle designs nearly daily. Several thousand of them exist today, each one wildly different from the other.

Forget brand as story-telling. Another often-cited complaint about the re-brand is that the changes make it difficult to tell the story. This does not make sense to me. In fact, the design variations, the range of visual identities, and the diversity “is” the story. Uber has grown up. It is no longer just a ride-hailing company. It is a technology company with a range of businesses from car services to food delivery and big ambitions. If it has a story to tell, it is to investors and the re-brand puts front and center the company’s ability to scale globally and enter new markets.

Besides, Uber does not need to tell its story as most marketers think of story telling. Uber does not have to find a pithy three word sentence, or an ad agency that will create for them a story or narrative and communicate the story through advertising. The Uber story is not told by Uber but by its users, the media and people in general. Whether you have used ride sharing company or not, Uber invites you to have an opinion about the brand–whether it is about its ambition of delivering meals or providing healthcare or its valuation that is just short of $70 billion, or its way of doing business by fighting regulators and city governments, or challenging traditional employment practices, or whether it is about its co-founder or CEO who some call arrogant and belligerent. You either love Uber or hate it.

But, before judging too quickly Uber’s rebranding effort, take off your old-world lens and traditional views of corporate rebranding, and take into account the new realities of how brands grow in today’s digital age. 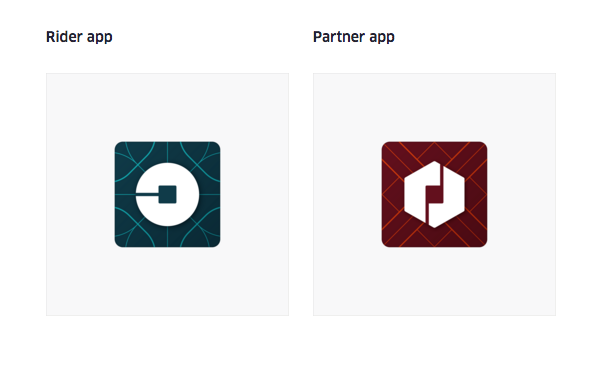