Mr. Le Pen, a five-time candidate for his own country’s presidency, tweeted his support for Mr. Trump this afternoon.

The tweet roughly translates as “If I was American, I would vote Donald TRUMP… But may God protect him!”

Mr. Le Pen founded the Front National in 1972, which has since advocated for stricter controls on immigration, disengagement from the European Union and increasing the native French birthrate. During the 1980s, he called for putting all people infected with HIV in quarantined compounds.

French courts have convicted the 88-year-old of “inciting racial hatred” six times for comments about Muslims, and for questioning whether the Holocaust occurred.

These incidents have earned him the nickname of “devil of the Republic.” His political brand became so toxic that his own daughter, Marine Le Pen, effectively excommunicated him from the party when after she took control in 2008.

Mr. Le Pen is not the first far-right figure to back Mr. Trump, who has made building a wall along the Mexican border and deporting undocumented immigrants the centerpiece of his campaign. Former Ku Klux Klan leader David Duke, the 1991 Republican candidate for governor of Louisiana, asserted earlier this week that it would be “treason to your heritage” for white voters not to support the GOP front-runner. 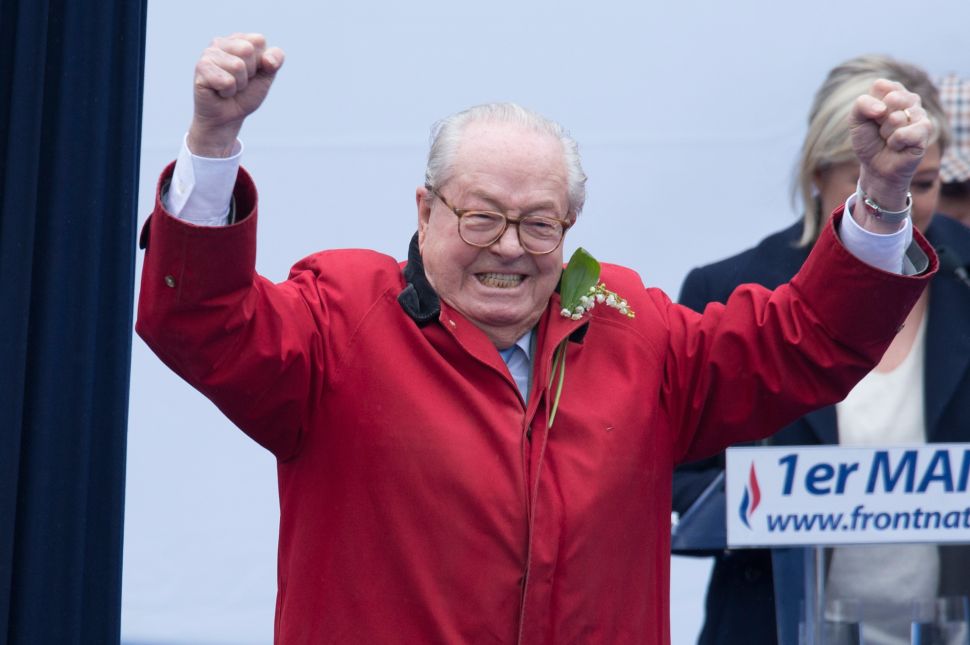