As the pious yet tender-hearted Robert Kardashian on The People v. O.J. Simpson: American Crime Story, David Schwimmer, 49, may have found his first perfect post-Ross role. We asked the actor about his memories of the “trial of the century,” and what inspired him to return to our small screens.

How were you approached to play Robert Kardashian? I’ve been a longtime fan of [executive producer] Ryan Murphy. I was absolutely intrigued to hear he was doing a show about this, but especially when I heard who the writers were and who the producers were (Nina Jacobson and Brad Simpson), I thought, “This is kind of a dream team on the creative end.”

Robert Kardashian, in most accounts of the trial, wasn’t a major player. But on the show, we follow Robert’s journey almost parallel to O.J., and audiences learn he’s the father of Kim, Khloe, Kourtney and Rob. How do you get into a character like that without just making it a one-note joke about these current reality stars? I wasn’t interested in tapping into the pop culture phenomenon that is that empire. I wanted to know who he was, what role he was going to play in the series. The [show’s creators] said two things to me that landed: one was that this character was really the heart and the conscience of the piece. And the second is that he’s the only person with nothing to gain. That moved me.

When I learned he was a man of great faith—that he had a strong, personal relationship with God, that he prayed several times a day, before every meal—I suddenly started thinking of the character, and every single decision he made, as coming from that perspective.

You interviewed Kris Jenner to prepare for the role. Did she worry about how she and her family were going to be represented? Suprisingly, no. It’s not really my job to care how they are represented. It’s my job to tell the truth to the best of my abilities. I think this took a huge toll on him. He lost a lot: he lost that year, friends, family and ultimately his health.

What do you remember about the O.J. trial? I remember the country being completely polarized, completely divided along lines of race. The verdict was shocking; the response was shocking. But that’s the great thing about looking at this 20 years later. It’s not at all shocking to me now. Now I completely understand why the verdict came down the way it did and I understand the response, especially from the African-American community. If anything, I was excited to do this job because I thought it had the potential to contribute to the conversation we’ve been having. It’s not just about race: It’s about the economic divide. Who can afford representation?

You’ve just been cast in a new AMC series Feed the Beast with Jim Sturgess. Is this a conscious return to television? It just kind of happened, to be honest. After Friends, I had a daughter and I thought, “I’ve worked really hard for a long time, I deserve to take some time off from being in front of the camera.” Now she goes to school in New York, and we’re about to start shooting the AMC show here. In addition, television right now seems to have a lot more opportunities for writers and actors and directors to play and experiment.

Friends just had a mini-reunion that fans flipped out about. With the current spate of comeback shows—The X-Files, Arrested Development, Gilmore Girls, etc.—what makes fans so dogmatic about their nostalgia? A morbid fascination with how we age. 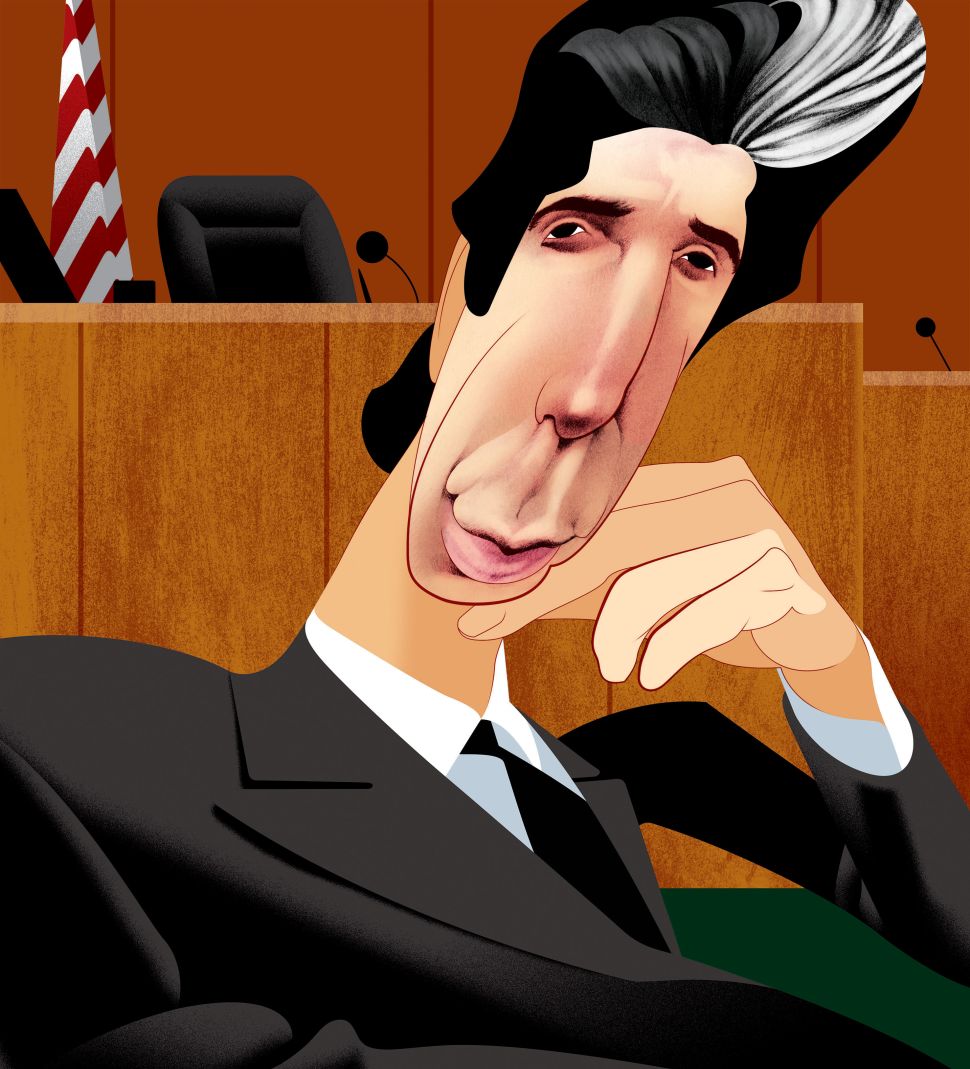