A week after a crane collapse killed a man in Lower Manhattan, Mayor Bill de Blasio unveiled a rigorous new regulatory regime he said would stop the recent spike in deaths in the construction industry.

The mayor cited city statistics showing that 11 people died on construction sites last year—the federal government puts the figure at 16—and noted the rise work-related fatalities had coincided with a building boom. He then laid out the plan for a “blitz” of inspections that he said would punish abusive and neglectful employers and improve safety.

“No building is worth a person’s life. We have to have our priorities straight. Preserving life comes first,” he said.

The plan involves a sweep of 1,500 job sites of all heights, which began this week and will wrap up within 90 days. The penalties for major safety lapses—lack of appropriate equipment, absent guardrails, trip hazards—will increase from $2,400 to $10,000 each.

Repeated violators will face fines as high as $20,000 and revocation of licenses.

The city will also require all work at buildings below 10 stories in height to have a construction superintendent on site, regardless of whether the structure is new or simply undergoing renovations. But the mandate would only apply to structures under 10 stories, where the mayor said the bulk of accidents occur, not to the 15-floor building on Worth Street where last week’s disaster took place.

“This is the area where we’re most concerned, where we see contractors break the rules and endanger the lives of their workers,” Mr. de Blasio said.

The mayor said the new measures are part of a larger $120 million overhaul of the Department of Buildings, which he said will involve the hiring of 100 new inspectors.

The sharp increase in job site deaths prompted Councilman Corey Johnson of Manhattan and Manhattan Borough President Gale Brewer to propose mandating all buildings over 10 stories only hire workers who have completed a state-approved apprenticeship program. This would effectively mandate only hiring organized labor, since all current certified training programs are run through unions or unionized companies.

The majority of deaths last year occurred on non-union sites, but some studies indicate most construction in the city uses non-union labor.

Mr. de Blasio would not commit to supporting or opposing the bill today, though his administration has generally opposed measures that it believes could increase the costs of building affordable housing.

“I haven’t seen it and I certainly look forward to reviewing it,” he told the Observer. “Look, we’re open to any and all measures that will help make things safer.” 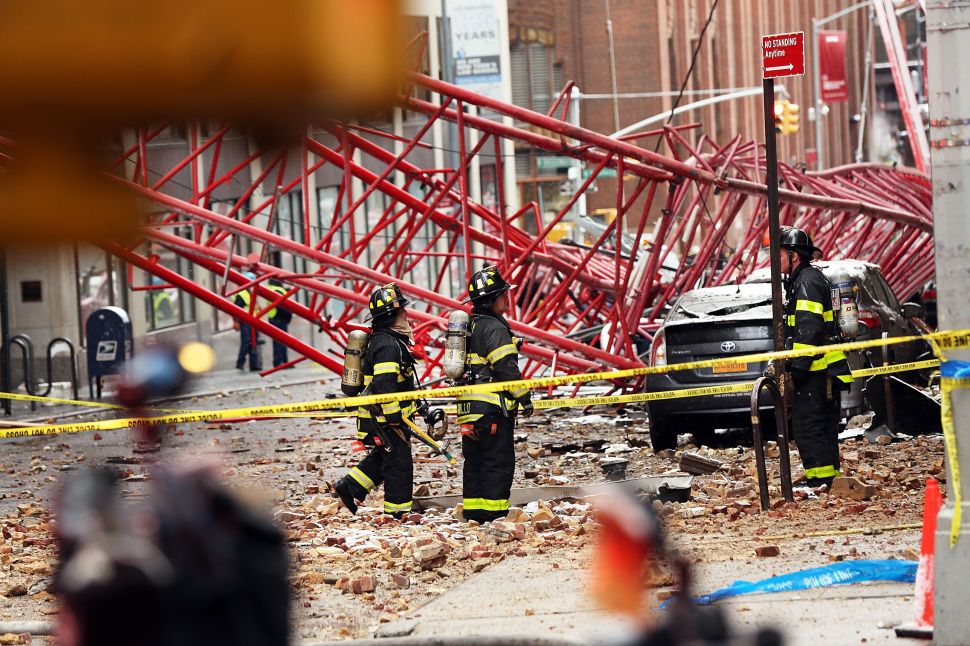