If it isn’t already apparent how difficult it will be to please every community in a controversial citywide re-zoning effort, it probably will be once the City Council gets its hands on Mayor Bill de Blasio’s affordable housing plan tomorrow.

“I think because we’re such a diverse city, we’re finding out that basically there’s something in this plan for everyone not to like,” Councilman James Vacca, a Bronx Democrat, quipped to the Observer.

That about sets the scene for the council’s hearings, which begin tomorrow, on Mr. de Blasio’s two citywide zoning amendments, Mandatory Inclusionary Housing and Zoning for Quality and Affordability—pillars of his effort to save or create 200,000 units of affordable housing over 12 years. Those hearings, before the Subcommittee on Zoning and Franchises, kick of the tumultuous and final leg of the process for Mr. de Blasio’s plan: approval by the City Council.

“Our goal is to make changes. We’re going into a discussion with the intention of tweaking both of these programs, and to what extent and how and what the details are, that’s something we’re going to explore,” said Councilman David Greenfield, a Brooklyn Democrat who chairs the Land Use Committee.

While the proposals were approved by the City Planning Commission last week, the road en route to the council has not been smooth. The plans—MIH, which will require developers who need city approvals to build condos or apartments to include affordable housing, and ZQA, which will make a slew of zoning changes including allowing taller buildings—have met with considerable opposition from community boards and borough presidents. As Mr. Vacca said, their reasons have been diverse: some say the plan isn’t affordable enough, some are worried about up-zoning and increased density, others fear any market-rate housing, even if it comes with affordable units, will hasten gentrification and push out residents, some are frustrated that the buildings won’t have more parking.

“It is clear that we need a better citywide policy to increase affordable housing to meet the needs of working families who have been struggling for far too long,” Councilman Donovan Richards, chair of the zoning subcommittee, said in a statement. “My committee and I are prepared to hear all sides during the next two days to ensure that the concerns of all New Yorkers are considered as work towards finding a more aggressive and inclusive housing plan.”


And in addition to policy concerns, there are, of course, political factors at play. In addition to community boards and borough presidents, progressive groups—some smartly organizing with labor unions who want prevailing wages set—have opposed aspects of the plan. And while Mr. de Blasio has repeatedly argued that community boards do not have a final say in the policy, they matter to council members: some of whom rose up through the community board ranks, others who fear challengers emerging from them.

“Starting a council timeline with so much community opposition obviously makes life more difficult,” said Councilman Dan Garodnick, who sits on the crucial Subcommittee on Zoning and Franchises. “That said, we have the power to amend the plan, and there clearly are many important elements here that deserve our attention.”

“Residents are fearful because they have seen neighborhoods change, residents change, and they have seen the push-out/price-out effect—and they don’t want that happen to them,” Councilwoman Vanessa Gibson said.

In interviews, several council members cited the concerns of their community boards and other local groups as they begin to deliberate the plan in earnest in the coming weeks.

“Council members don’t like to vote against their local community boards and borough boards and borough presidents,” said one council member, who did not want to be identified. “So you have a lot of pushback here—and especially folks who are very sensitive to their community’s interests, their communities have many concerns. There’s certainly deep concerns among a large portion of the council.”

Councilwoman Vanessa Gibson, who represents a part of the Bronx being specifically targeted for development, said she expected local groups to continue to be “very vocal” about their concerns.

“I think the fact that the majority of the community and borough boards have not voted to support this measure is really a loud message for us in the City Council. I think many of us are looking for opportunities for a couple things,” she said, to be added to the plan.

She rattled off a few: deeper affordability (or more units reserved for the most poor residents in the city), developments encouraging economic diversity by putting affordable units in the same building as market-rate ones, union labor or prevailing wages, and protection for current residents from raising rents.

While council members are facing intense pressure from community groups, they’ll also undoubtedly face pressure from Mr. de Blasio’s administration. And it may not be lost on council members that the mayor has expended quite a bit of his political goodwill in the last few weeks, leaning hard on them to pass a ban on horse-drawn carriages in city streets that eventually fell apart on Friday morning.

“It’s a factor,” Mr. Garodnick said when asked about that recent council fight. “It’s hard to say how much of a factor, but it’s a factor.”

Another council member, speaking anonymously to discuss the dynamics at play, said in addition to policy concerns and fear of push-back from building trade unions and progressive groups, there was another factor at work: “mounting displeasure with the mayor in the City Council,” fueled by things like the carriage ban.

“I think the question going forward, and we don’t know this yet, is how strongly does the coalition break down along allies and opponents of the mayor?” this member asked. “Do we once again get in that position? And there’s every reason to expect that we will because of lingering wounds from the most recent fight.”

But others argued the fight was likely to be non-ideological.

“Although the mayor has probably exhausted his political capital, I don’t know how relevant that is for this issue,” Councilman Rory Lancman, a Queens Democrat, said. “The horse carriages, truly people really didn’t care… That’s different from you local community board taking a position on re-zoning and mandatory inclusionary housing and listing their concerns and addressing those concerns.”

In a briefing today, the mayor’s affordable housing triumvirate—Deputy Mayor Alicia Glen, Planning Chairman Carl Weisbrod, and Housing Preservation and Development Commissioner Vicki Been—hinted that there might be room for adjusting the definition of “affordable,”but they were very cautious in that regard, saying the current plan had struck a balance of being both economically feasible, built to weather potential economic downturns, and constitutionally do-able. And they noted that while some members want to see union labor at work on these housing developments, the zoning code—which is what is being amended—cannot mandate what type of labor is used.

The administration also just fundamentally disagrees with some critiques of the plan, including the idea that development will make neighborhoods targeted for housing, like East New York in Brooklyn, less affordable.

“People are already moving into other neighborhoods. The world is not static,” Ms. Glen said. “And the notion that doing something is worse than doing nothing is a ridiculous premise.”

Asked how they planned to get the unwieldy crew of fifty council members—one seat is vacant—on board, Deputy Mayor Alicia Glen said the administration had seen an “radical shift” in the last few months toward members being more supportive of the plan, at least if it encompasses some of their tweaks. But it wouldn’t be New York, she argued, if everyone agreed with the plan.

“When you try to do anything that’s citywide, you realize what an incredibly complex eco-system this is,” she said.

That gets to the heart of the opposition to the plan from Councilman Steven Matteo, a Staten Island Republican and the minority leader.

“I have a problem with the one-size-fits-all approach, basically taking it out of our hands,” Mr. Matteo said. “It goes back to that age-old question about local control. And for me, elected officials and community members and just members of the neighborhoods, they know whats best for their neighborhoods.”

Mr. Vacca—representing a very different segment of the Bronx than Ms Gibson, where parking and density is the main worry—said members will be thinking carefully about what their constituents think.

“I think on an issue like this, members have to be very sensitive to the feeling back home. We are elected to represent our residents,” said Mr. Vacca, who said as of now he has major objections and major concerns about the plan. “How do we reconcile local neighborhood needs and a citywide perspective? And I think that’s the challenge the council faces.”

Will Bredderman contributed to this story. 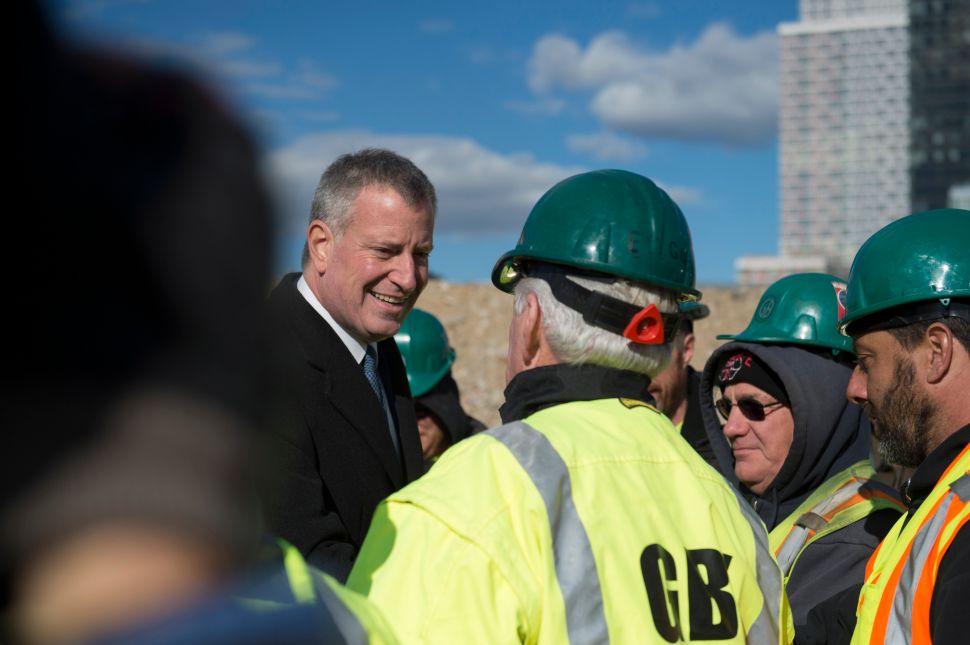