The braggadocious billionaire rolled to victory in South Carolina tonight, reaffirming his once improbable role as the Republican front-runner for president of the United States. With 99 percent of precincts reporting, Mr. Trump had won 32.5 percent of the vote and all of the state’s delegates, placing him far ahead of his closest rivals.

Mr. Trump’s win underscored the urgency of the Republican establishment to settle on a single candidate to stand up to the billionaire. The Palmetto State handed a victory to Newt Gingrich in 2012, and he ultimately fell to Mitt Romney, but Mr. Trump appears far better positioned to fight deep into the primary season.

Mr. Trump, who spent his last few days on the campaign trail feuding with everyone from Jeb Bush to the Pope, campaigned here as he has elsewhere, staging formidable rallies and owning the news cycle. Despite insulting a supposed sacred cow of South Carolina Republicans, George W. Bush, he won resoundingly across the state, showing no signs that anything he says will come back to damage his chances of winning. Nevada, set to vote on Tuesday, may bear more fruit.

His victory in yet another state, this one far more right-leaning than New Hampshire, continued to point to an unsettling truth for Republican donors, operatives and elected officials: a Republican candidate can win while thumbing his nose at many of the principles and intellectual consensuses the party holds dear. Neoconservatism, so dominant in the Bush years, faces a real threat in Mr. Trump, who proudly touted his opposition to the Iraq War, even if the timing of his original criticism was in question. Championing the cutting entitlement programs and scaling back healthcare, along with relentlessly opposing same-sex marriage and abortion, are not on Mr. Trump’s radar, either.

However, on the one issue the Republican National Committee once hoped candidates could move to the left on to outflank Democrats—immigration reform—Mr. Trump has gone in the opposite direction. He has fueled his candidacy on eviscerating it, promising to build a wall on the Mexican border and ban Muslims from immigrating to America. Mr. Trump’s win tonight is a testament to how little the RNC’s 2012 “autopsy” really mattered. 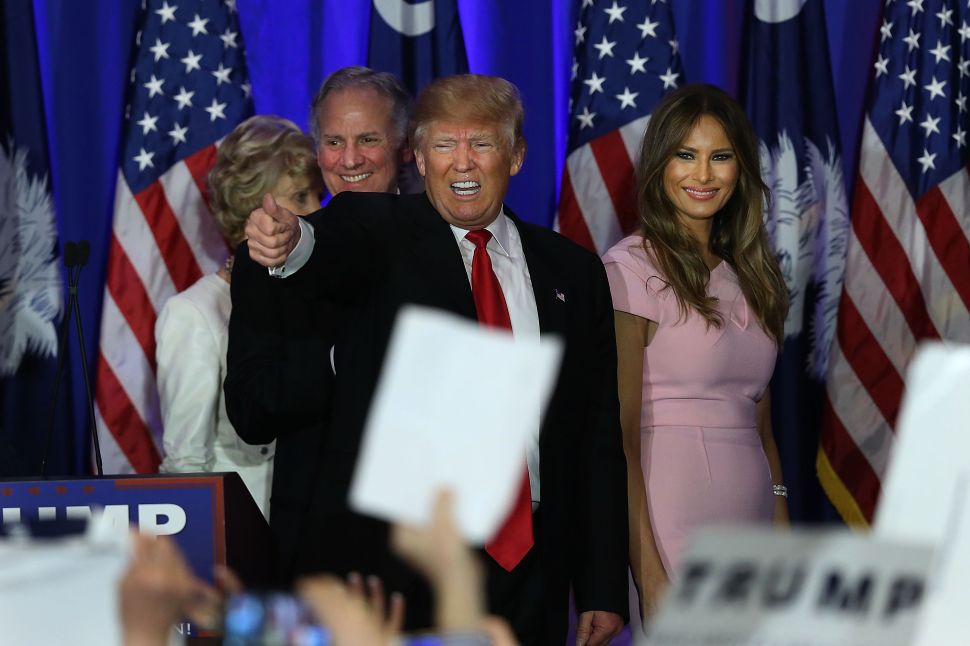