In a great moral victory Bernie Sanders fought the entire Democratic establishment to a virtual tie in the Iowa caucus, and is poised to win the New Hampshire primary next week, and will take his battle for a progressive populist reformation for America to all 50 states.

Mr. Sanders and his legions of supporters have much to celebrate after the Iowa votes came in, and much to look forward to as his campaign advanced to New Hampshire and beyond. Hillary Clinton has something to celebrate as well, having dodged the bullet of an outright Sanders victory and claiming what many call an “apparent” victory that I would call a virtual tie.

On a purely political level the smart and savvy move for Mr. Sanders would be to simply claim his moral victory in Iowa and take his campaign to the rest of the nation. This is what I would suggest Mr. Sanders and his senior staff do.

What I would also suggest, however, is that without great fanfare and without a national publicity campaign Mr. Sanders ask for an Iowa recount and assign a handful of his Iowa supporters to monitor the recount while the rest of the Sanders forces move on.

Why do I suggest an Iowa recount? Here’s why:

I appeared on NewsMax TV late last night discussing the Iowa vote and was watching the late count of the votes as close to precinct by precinct as possible beginning from the time that 93 percent of the votes had been counted. The percentage of votes for the two candidates was razor thin and the pending delegate counts at times favored Mr. Sanders, at times favored Ms. Clinton, and at times was literally tied.

The true test of Ms. Clinton’s presidential character will be whether she fulfills her vow to run as a true progressive candidate, and whether she stops attacking Mr. Sanders.

I found it plausible, but strange, that as late as the time the candidates boarded their planes to leave Iowa the race was too close to call with 99 percent of the vote counted. I found it somewhat less plausible, and even more strange, that it took so many hours to count the very few votes from a handful of comparatively small precincts. And I found it distasteful from the beginning, as did some Sanders aides, that apps from Microsoft—whose technology I do not completely trust and whose meta-establishment interests I have little faith in—played such a central role in vote counting for the Iowa caucus.

We all remember what happened after the American people voted for Al Gore for president in 2000, and the election was decided by hanky panky from state election officials in Florida and one justice on a GOP dominated Supreme Court. And the 2004 presidential election was little better. Many serious people (including myself) believe John Kerry should have called for a recount in Ohio after a popular vote that involved questionable GOP practices on election day, and electoral votes that could have given the presidency to Mr. Kerry.

As a matter of principle and practice I believe progressives should be aggressive in seeking recounts after close elections. Does this mean that anything wrong was done in Iowa caucus vote counting? No. Does this mean that the Sanders campaign should make a huge public issue about a dramatic Iowa recount? Definitely not. Do I believe that there are good reasons to make certain that the vote counting was done properly by Iowa vote counters and Microsoft machines and to send a message to the establishment that the people are watching closely? You bet!

Going forward the Democratic National Committee rules on debates, obviously designed to help the Clinton campaign, should be thrown into the dustbin.

There should be a series of two-candidate debates to discuss the great issues on a high plane, with a positive spirit, and without negative campaigning.

Ms. Clinton and her people have a right to be relieved and somewhat pleased by the Iowa results. An outright Sanders triumph in Iowa would have been devastating to Ms. Clinton and she avoided that. The true test of her presidential character will be whether she fulfills her vow on Iowa caucus night to run as a true progressive candidate, and whether she stops attacking Mr. Sanders for taking many progressive positions that are dear to the hearts of true progressives.

Mr. Sanders and his supporters should be joyous about the outcome. They stood tall against the combined power of the entire Democratic establishment and the Clinton campaign. They emerged proud, healthy and marching forward after Iowa. The true test of his campaign will be whether he can expand his base to include more black and Hispanic voters going forward, which will not be easy but is certainly within reach.

In the meantime the sound you hear is the sound of small donors pouring money into the coffers of the Sanders campaign to keep the dream alive of a politics and government that is of the people, by the people and for the people. 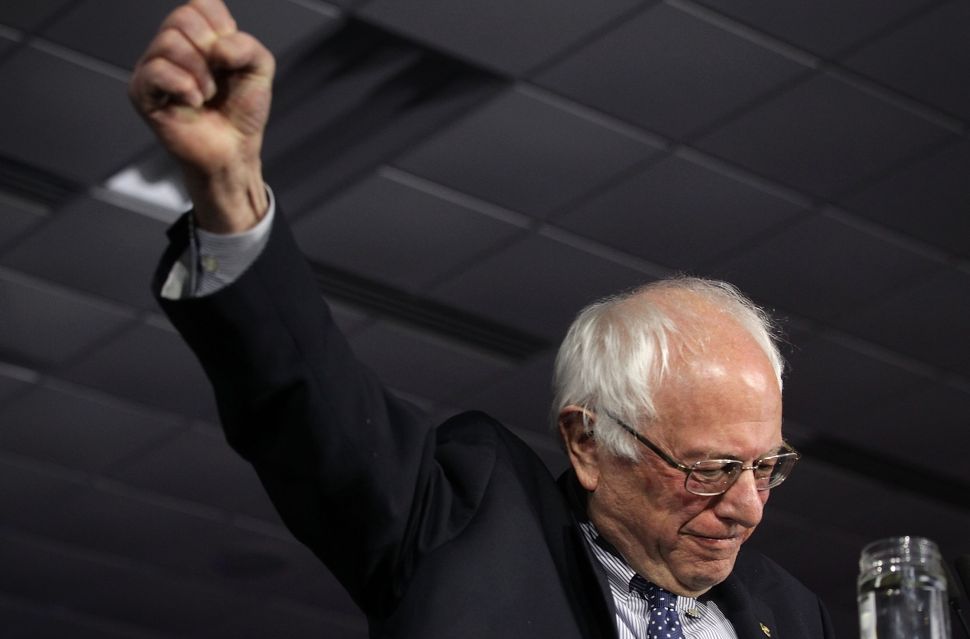