Online dating has reached political spheres with the most recent addition to internet coupling: BernieSingles.com. The website, which launched on Wednesday, has quickly gained viral recognition across the Internet with 1,000 users registering in the first hour. Created by founder and Arizona State University student Colten Caudle, 19, and co-owner David Boni, 22, the site aims to help Bernie Bros and Babes click their way to a liberal lover who wants to “Feel the Bern” just as much as they do. As the site says, “The 1% aren’t the only ones getting screwed this election season.”

Where did the idea for the site come from?

How long was it in the works before launching?

It took me 2 days to produce and we beta tested it for about 5 before launching.

Do you have a background in site development?

In the past, I have made a website called ProjectProgressive.org which seeks to promote Progressive candidates in elections around the country and David owns a web development company called BoldMeta.

Have any of you found love through the site?

I personally have met my girlfriend through this venture and I already have a plane ticket to see her in early March.

Have you had any successful romances due to the site yet?

There have been many matches made that I have heard about. We will be looking for testimonials soon to put up on the website.

How are matches made?

Users can search by age, gender, sexual preference, and location. Other than that, members are encouraged to message and meet people of their own will. I believe it is a much better model than matching people up based on a computer program. After all, the members of the site are all like-minded liberals so they all have something in common!

What age range does the site attract?

There is currently a member on the site with the name “Donald Trump.” How do you deal with trolls like these on the site?

We have a team of moderators who are still being trained that will be weeding out trolls. With our viral success, trolls are a huge issue that we are working on right now.

Do you plan to keep this site live after the election?

We do not have any plans regarding how long the website will stay up. However, I can assure you that it will be up until at least Bernie is inaugurated, or he drops out of the race, whichever comes first. 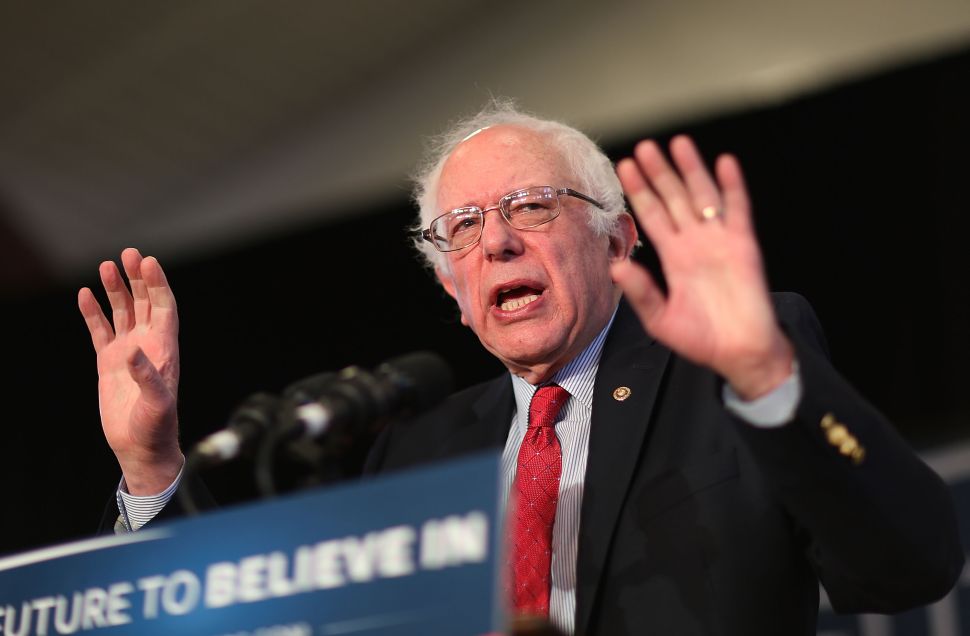