With the news that 2018 will see a new showrunner for the BBC science-fiction series Doctor Who, many fans have begun to speculate that the new broom will sweep in some big changes.

The broom in question, Broadchurch’s Chris Chibnall who is replacing Steven Moffat, is sure to bring in a new face to replace Peter Capaldi as the Time Lord and rumors at the moment suggest that Game of Thrones Maisie Williams or even Harry Potter’s Emma Watson could be the next Doctor.

Here are some names we’d like to add to the mix for your consideration.

Perhaps the funniest woman in the world at the moment.

The last time the Doctor hooked up with a comedienne was Catherine Tate, who played Donna Noble alongside David Tennant’s Tenth Doctor—and that partnership is seen by many as the best TARDIS team ever.

Inside Amy Schumer is undoubtedly one of the best sketch shows of the past decade and her 2015 film Trainwreck displayed what a cosmic comic talent she is. An American AND female Time Lord/Lady? Not sure how Whovians would handle it but it sure would be worth watching.

Current Doctor Peter Capaldi proved beyond a shadow of a doubt that an “older” actor can play the Time Lord. Ms. Mirren has a few years on the Scottish Time Lord but she’s still behind Sir John Hurt, who played the mysterious War Doctor in The Day of the Doctor.

Back in 2013, pre-Capaldi announcement, Ms. Mirren stated that it was ‘over-time’ the Doctor was female, adding, ‘I think a gay, black female Doctor Who would be the best of all.’

Sadly, Dame Helen has also publicly said she’d rather be a Bond villain than the Doctor. Bah!

The Mexican-born actress came to public’s attention with her big screen debut in 12 Years A Slave, winning an Oscar for her performance as Patsey. More recently, Ms. Nyong’o was introduced to a wider audience as the computer-generated character Maz Kanata in Star Wars: The Force Awakens.

With not much television experience behind her, Lupita could become a very familiar face around the world as the time-traveling hero.

Currently filming the third season of the excellent drama series The Fall, and just off the back of the incredible War & Peace, Ms. Anderson is also on television screens as the iconic Agent Scully from The X-Files.

A hit with sci-fi fans all over the world, Gillian has enjoyed a number of successes with the BBC in recent years, Dickens classics Great Expectations and Bleak House for example.

No stranger to the world of Doctor Who, Ms. Atwell has provided her voice for a number of audio dramas. Last year, the actress even tweeted that she wanted to BE the Doctor.

She’s quite right too. The English actress, known for her lead role in Marvel’s Agent Carter series, would certainly make for a sprightly, youthful and funny Doctor. Agent Peggy Carter debuted in Captain America: The First Avenger (which also featured a cameo from former companion Jenna Coleman).

Another great benefit to having Hayley as the Time Lord would be her brilliant behind-the-scenes DubSmashing antics.

Just as Peter Capaldi had already appeared in Doctor Who before he was the Doctor (Caecilius in 2008’s The Fires of Pompeii), Gemma has also traveled in space and time with the Gallifreyan. Ms. Chan starred in another Tenth Doctor story, the terrifying 2009 episode, The Waters Of Mars.

The actress has impressed with many roles on television (such as Sherlock and Secret Diary of a Call Girl with former Who alumni Billie Piper), theatre and film. Best of all, however, was her lead role in the fantastic science fiction series from AMC and  the UK’s Channel Four, Humans (also starring William Hurt). How about a synth companion to match?

There was a time when the words Game of Thrones would immediately accompany Christie’s name but now, thanks to Star Wars: The Force Awakens, the actress is known worldwide as bad girl, Captain Phasma.

Gwendoline has already worked with some of the Doctor Who crew in Cardiff when she starred as alien Lexi in the first two series of the excellent BBC children’s science-fiction show Wizards Vs Aliens.

The thought of this Amazonian goddess in charge of the TARDIS is just too juicy to pass up on.

If ever there was an actor or actress born to play the role of the Doctor, then it’s most definitely HBC.

Known for her more quirky and eccentric performances such as Bellatrix Lestrange in the Harry Potter films and as the adorably fumblesome Fairy Godmother in last year’s Cinderella, Ms. Carter has got the acting nous, gravitas and sense of slightly dangerous fun that the Time Lord demands.

And, if we’re really lucky, HBC will ask her old buddy Tim Burton if he’d like to direct an episode or two. 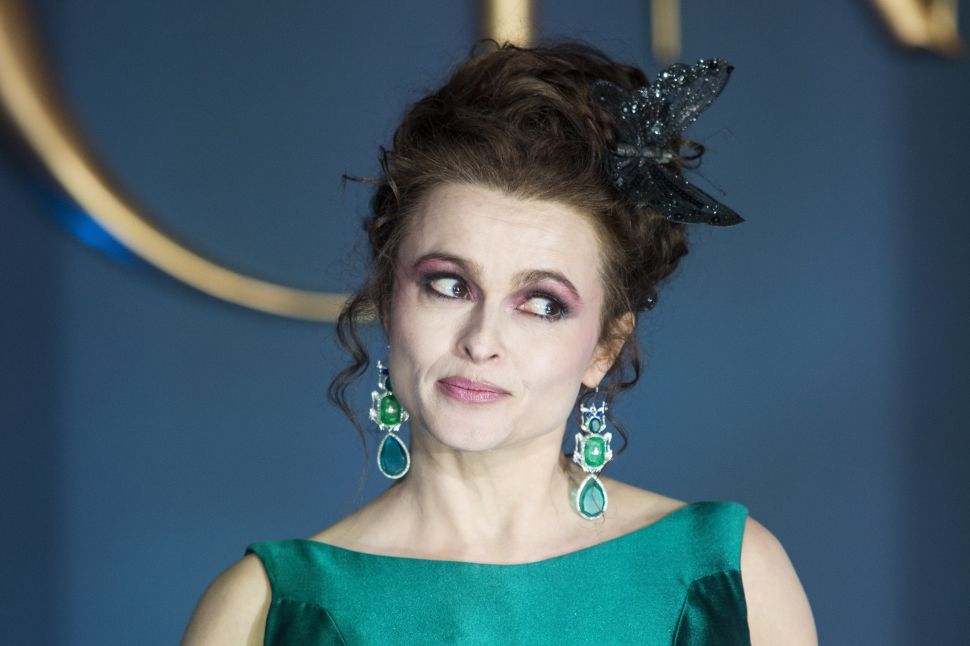