“He’s entirely unappealing,” Roger Stone, the former adviser and veteran Republican consultant, told the Observer yesterday. “The Elmer Gantry hillbilly act may work in Iowa with people with few teeth, but when it comes to national politics, it won’t.”

Mr. Stone, known for his sharp-elbowed campaign tactics and sartorial flair, said “Yankee Republicans” would never go for him. “He’s too partisan, too sharp-edged and too polarizing to win a true Republican primary … he’s odious.”

Mr. Cruz, the winner of the Iowa caucuses on Monday, is a fierce conservative who believes the Republican Party has failed to win national elections because they’ve run too many milquetoast moderates. Mr. Stone, in likening Mr. Cruz to Elmer Gantry, an evangelical preacher from a satiric 1927 Sinclair Lewis novel of the same name, implied the Texan is a phony. Gantry rose to power as a spell-binding preacher despite his boozing and womanizing; Mr. Cruz, Mr. Stone said, is really an establishment Republican in evangelical’s clothing because he worked for George W. Bush’s first presidential campaign and attended Princeton and Harvard.

“I think he’s very Nixonian. He’s invented this persona for himself. It’s totally at odds with his background and history,” Mr. Stone, who worked in the Nixon administration, said. “Him acting like a prick [in Washington], that’s all artifice.”

Mr. Trump finished second to Mr. Cruz in Iowa and has been constantly on the attack since the senator first emerged as a threat. In addition to claiming erroneously that Mr. Cruz can’t serve as president because he was born in Canada, Mr. Trump blasted the Texan in a series of tweets this morning, accusing him of stealing the Iowa caucuses because he sent out a fraudulent mailer and allegedly told a staffer to falsely claim Ben Carson, a Republican rival, was dropping out of the race.

“Based on the fraud committed by Senator Ted Cruz during the Iowa Caucus, either a new election should take place or Cruz results nullified,” Mr. Trump tweeted.

Mr. Cruz’s campaign did not return an immediate request for comment. 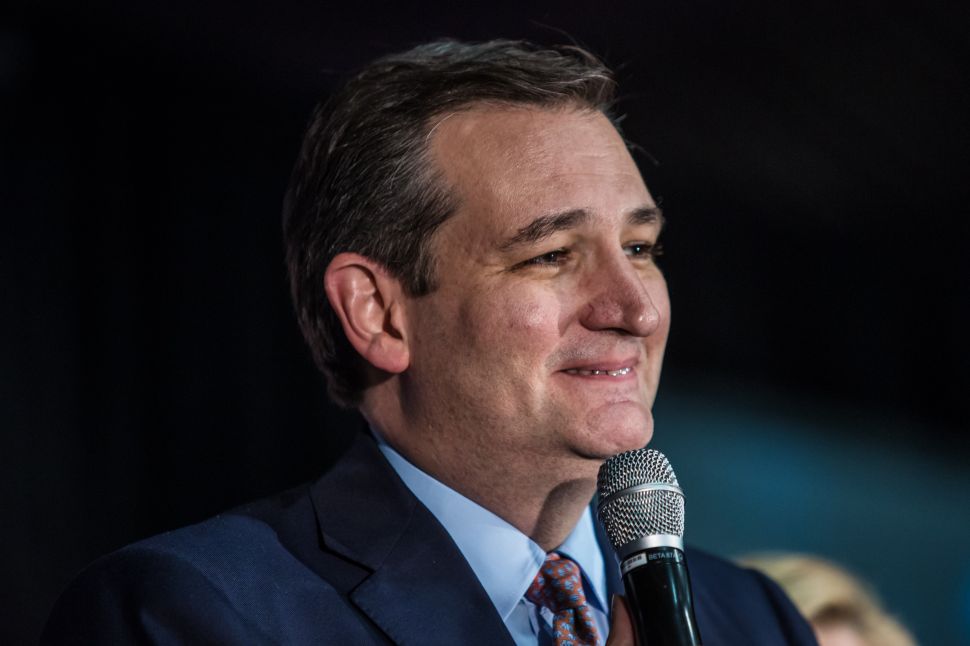