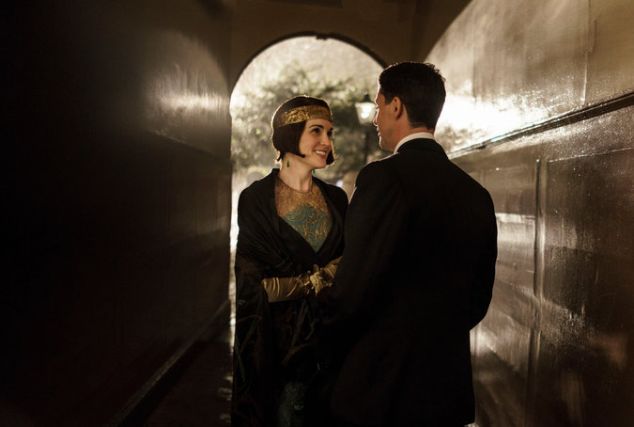 As cameos go, it’s no Neville Chamberlain. Yet the sixth episode of Downton Abbey’s sixth season featured a complex and compelling guest star of its own: Downton Abbey. Not the house—the show about the house. When the Crawleys threw open the doors for curious locals to pay for the privilege of gawking at what they themselves take for granted every day, they staged an precognitive recreation of the very television series on which it happened. (Okay, so you don’t have to pay to watch Downton—thanks, socialist Public Broadcasting!—but since it was technically a fundraiser, you’ve got the annual pledge drives as an equivalent.)

After all, what is Downton Abbey but a chance to see, as Lord Robert put it, “how the other half lives”? To admire, as Molesley put it, “fine craftsmanship and beautiful paintings”? And isn’t the flipside of that, as Lady Edith laments, that the Crawleys’ “way of life is something strange, something to queue up and buy a ticket to see, a museum exhibit, a fat lady in the circus”? (Sadly, the program has not yet delivered on Lord Robert’s idea of giving viewers their money’s worth by showing them “Lady Mary in the bath.” Hope springs eternal!) Or put more darkly, as Molesley does, don’t people “start asking, ‘Why have the Crawleys got all of this and I haven’t?’” Aren’t there plenty of critics echoing Mr. Carson’s dire warning of “a guillotine in Trafalgar Square,” but as a positive thing? These are all sentiments expressed about the potential motives for and results of the villagers’ visit, but they describe the range of reactions to the show just as accurately.

And as usual, Julian Fellowes is studiously agnostic as to which side has the right of it. Given his biography and the state of the world, neutrality isn’t really all that neutral. But I’ve always been uncomfortable with the idea that there’s something inherently immoral about the setup of the show. Everyone on it is so nice that much of the horror of the British class system is elided, but if you’re dim enough to watch this thing and think “those were the good old days,” that’s hardly Fellowes’s fault.

Indeed, maybe there’s a bit of criticism here after all: Tasked with becoming tour guides for their own house, Cora, Mary, and Edith quickly discover they don’t actually know a whole lot about it. The architecture, the paintings (both painters and subjects), the designs on the walls—their understanding of why things are they way the are is largely half-truths and guesswork. Cora in particular appears never to have considered why it was called the Abbey (spoiler alert: it used to be an abbey). “Why is it so big, your house?” asks a mischievous child who sneaks into Lord Robert’s bedroom, where he’s recuperating from his burst ulcer. “I’m not sure, really,” the Earl responds. “It’s the way they used to manage things.” We have always lived in the castle.

But even as the episode went meta, various plotlines picked up their pace. Several romances, for example, moved forward rather fast. Mrs. Patmore and Mr. Mason continued their courtship, much to the chagrin of Daisy, whose political awakening appears to have made her more likely to complain about anything that irks her. Lady Edith introduced Bertie Pelham to Marigold, the girl no one’s supposed to know is her daughter. And Lady Mary had her first kiss with Henry Talbot, though her willingness to broach the subject of Matthew’s death in a car crash is perhaps more of an indication of that relationship’s seriousness. Certainly Mary herself won’t give any ground on the matter: When Talbot tells her she’s “a woman I happen to be falling in love with,” her response is a painfully understated “As an argument, I think it’s rather compelling”; when Tom teases her by asking “Can this be love?” she simply tells him to shut up.

But it’s not all wine and roses (or radishes, in Mason and Patmore’s case). After weeks of delaying the inevitable, the Ministry of Health merges the village hospital with the larger one in York, which means Lady Violet is out of her former job as president, replaced by her daughter-in-law Cora; just like that, she goes from being the patients’ “representative on Earth” like she’s their own personal pope to being “cast into the dust.” Mary inches ever closer to Edith’s secret, while the two of them just get nastier and nastier to each other. Carson is relentlessly, obliviously awful to Mrs. Hughes, critiquing every visible aspect of her wifely duties to the point where you can’t help but wonder what he says about the invisible ones. And he’s also needlessly cruel to Thomas Barrow, who learns that the end of his job is here at last, and is falsely believed to be taking advantage of the young footman Andy when he’s actually just teaching him to read. “So my word is still not good enough, Mr. Carson, after so many years?” he asks, near tears. “I only wish it were,” Carson huffs self-righteously.

Perhaps Carson is the best embodiment of Downton’s ambivalence toward its own subjects. He’s a grand institution of a man, with a great voice and a great look, frequently funny, and loyal to a fault. (He insists on going teetotal when he learns Lord Robert can’t drink because of his ulcer.) But he also can’t see the suffering of the less privileged people living under his nose—the wife he’s treating like an employee, the employee he’s treating like a burglar. In this way he’s a lot like both his house and his show. Downton Abbey is a nice place to visit, but you wouldn’t wanna live there. 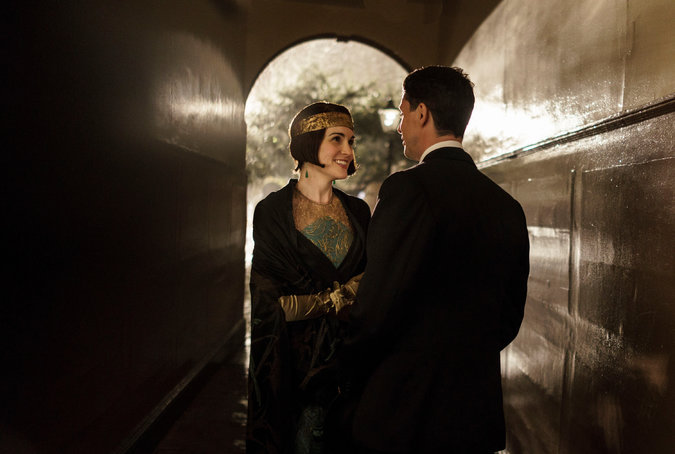