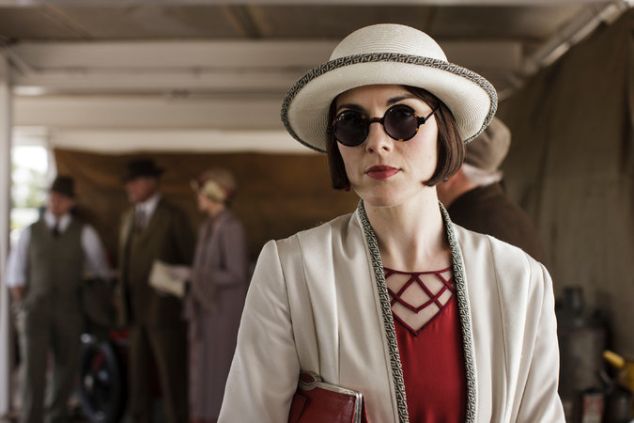 Charlie don’t race. Not anymore, anyway. So pour one out for the late Mr. Rogers, whose attempt to unseat his friendly rival and teammate Henry Talbot at the Brooklands race track ended in flames. And even though his death appears to take Henry’s relationship with Lady Mary with him—she breaks it off when the crash makes the risks of his profession, already uncomfortably close to the death of her late husband Matthew, all too real—I’ve got a bad feeling they’ll rise, phoenix-like, from the ashes. It’s too bad nothing Downton Abbey has done with Mr. Talbot amounts to a reason to care.

Sure, everyone does yeoman’s work in selling his supposed emotional connection to Mary, mostly by making the most of the emotions that emerge in the wake of the wreck. Actor Matthew Goode looks marvelously bottomed-out when next we see him—crouched near the track, smoking a cigarette, tear-lined eyes staring blankly, covered in soot. Michelle Dockery’s porcelain face can never really properly be described as “contorted,” but as Mary she widens her eyes and mouth into perfect black O’s of terror that slacken ever so slightly the moment she realizes it was poor Charlie, and not beloved Henry, who perished. “Do you know the worst thing?” she asks in horror to Tom Branson afterwards. “When they said it was Charlie and not Henry who was dead, I was glad! Think of that—I was glad!” Mary’s ability to self-indict for her coldness and callousness has always been one of her most compelling characteristics; here she’s turning it on herself in a way that simply isn’t fair, given how most anyone would involuntarily react under such circumstances, and it’s wrenching to behold.

But while her undue disgust with herself is as easy to parse as it is hard to endure, the devastation she ostensibly feels about the end of her relationship with Henry is impossible to connect with. Who is this guy, honestly? We’ve only ever seen him show up, be handsome and charming (or a reasonable facsimile thereof), and get psyched about cars. He’s a cipher, and no amount of late-night break-up phone calls can change that, let alone a bait-and-switch in which a minor character is sacrificed in order to fan the flames of Mary’s ardor.

If Downton is serious about matching Henry up with Mary by series’ end, this represents a tremendous dereliction of duty. Mary and Matthew had over two seasons of buildup before they finally tied the knot, during which time their romance was not only the central storyline of the show, but the symbolic representation of its entire old-versus-new theme. In the process of hashing out both the plot and the metaphor, the pair got so much screentime we couldn’t help but get to know them as well as any characters in the show. Henry remains a black hole, and if Mary falls for him for real, she’ll fall right into it and take the series along with her in the end.

Yet the forward march to matrimony for Lady Edith and her good-natured suitor, Bertie Pelham, feels far less lopsided despite its structural similarities. Edith, for one thing, was never the romantic lead of the show; the multiple times she’s loved and lost are portrayed as just her hard luck, not the show-shattering tragedy of Matthew’s death, so her recovery needn’t be some love for the ages either. And relative to Henry, Bertie is a man of action—not in the racecar-driver sense, of course, but our first prolonged contact with him involved him pulling an all-nighter to help Edith put an issue of her magazine to bed. Henry, by contrast, just cruises around, eyes twinkling, waiting for Mary to splash-emoji her way into the passenger seat of his life. Which is not to say that the Edith/Bertie romance is without sparks, mind you; she looked positively resplendent while lounging in his arms at the end of that dreadful day. “I don’t believe it’s ever wrong to feel happy and confident in someone else’s company,” he reassures her when she worries their happiness is inappropriate, and he’s right: What is love, anyway, but inappropriate happiness?

Little moments like this are far more effective than the empty grand sweep of Mary and Henry’s romance. Rather than watch Tom Branson try to convince her, and the audience, that they’re meant to be, I’d much rather watch Mrs. Patmore and Thomas Barrow reclining on the lawn during a picnic lunch, their carefree affect such a change from Patmore’s bustling and Barrow’s scheming respectively. I’d rather watch Thomas languidly smoke outside the kitchen, holding back tears as he reflects that despite it all, Downton “is the first place I’ve found where I’ve laid down some roots.” I’d rather mull over the exchange between Lord Robert and his sister Rosamunde over dinner after the crash: “It was a bloody awful business,” he blusters, “a bloody, bloody awful business.” “The English language never lets you down,” she snarks. “Oh, shut up,” he says, suddenly furious, seemingly as much at himself for the inadequacy of his description as at her for pointing it out. This is the kind of ugly interaction that the frayed nerves of tragedy so often produce, and Downton is a show about human behavior finely observed enough to illustrate it—when it’s not busy using the jaws of life to uncross the stars of its lovers, that is. 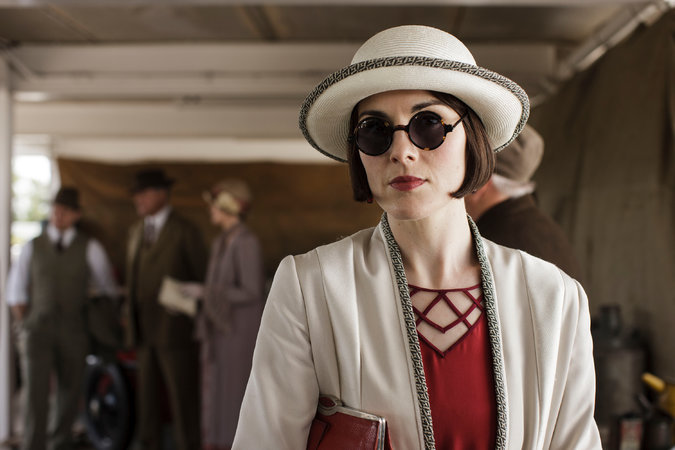