It was in the early 1970s that artists began making their way over to Tribeca from nearby, overflowing Soho. So began Tribeca’s ascent as one of the most in-demand and exclusive downtown neighborhoods in the city. This was perhaps cemented by something not as sophisticated as one might imagine—the opening of a Food Emporium in 1983 at 316 Greenwich Street, which, per The New York Times, made Tribeca a “legitimate” neighborhood, giving the residents of the converted industrial buildings somewhere within walking distance to actually sustain themselves.

The neighborhood gained even more attention when John F. Kennedy, Jr. purchased a loft at 20 North Moore Street in 1994, with his fashionable blonde wife, Carolyn Bessette, moving in two years later. If the city’s most eligible scion could forsake a posh Fifth Avenue family home for a 2,400-square-foot loft in a downtown area, perhaps there really was something to living among the former factory buildings in the rather bare cobblestoned streets of Tribeca.

It was the swarms of people who crowded outside North Moore Street after Mr. Kennedy and Ms. Bessette’s deaths in 1999, however, that drew the outside world’s attention to a neighborhood that had been principally the domain of downtown types.

“People came here in hordes!” said Deborah Lupard, a longtime Tribeca resident and broker at Warburg. “[It] put Tribeca on the map. When people say to me, ‘how did it get where it is?’ in terms of people finding the neighborhood, that’s what I say.”

Now, people are willing to pay more to live within the confines of Tribeca than almost anywhere else in Manhattan—the neighborhood’s median sales price for 2015 was $3.42 million, per data compiled by PropertyShark, surpassed only by Noho. Tribeca has become the neighborhood of choice for those who have the means to live wherever they want, and is no longer limited to the baby stroller brigade. It has also become one of the most desirable places for young couples and professionals, who are drawn to area’s chic reputation, relaxed atmosphere, oversized lofts and the same amenity-filled lifestyle found uptown.

There is no way to live inexpensively in the neighborhood, and for some, that’s a draw in itself. “I think people are attracted to the status associated with the neighborhood,” said Nell Blagg, a 23-year-old creative director of Leallo, who grew up in a loft on Beach Street. “To buy or rent in Tribeca is outlandishly expensive.”

The costly lofts do have something many other neighborhoods aren’t able to give—spacious, somewhat adjustable layouts, which differ from the classic six on Park Avenue, and give a chance for young people to put their own customized touch on the space.

“When I first moved here, I thought, I’m going to be one of the youngest people here,” said Anna Coroneo, a 30-year-old artist and designer who purchased an apartment in a converted sugar warehouse in Tribeca in 2011. “But I think there are more and more younger couples moving to Tribeca. You can get really big apartments, big spaces, big lofts down here, that you can configure into your own living space.”

The atmosphere in Tribeca is hard to replicate elsewhere in the city—quiet, spacious, not overcrowded, yet still full of pretty people lacking in pretense.

“I love that it has so much charm—the old buildings are just beautiful, and have so much character! The cobblestone streets are beautiful. It’s less chaotic down here,” Ms. Coroneo enthused. “My husband and I love going for walks along the Hudson River—I grew up in Australia, and I really love being near the . It’s very relaxed. There are quite a few offices in the area… There’s the lunchtime buzz but on weekends very chilled out.”

And there are young people who want to live close—very close—to the office. “They want to be convenient to work, but they don’t necessarily want to be right across the street in the Financial District, where it’s people on top of people,” said Bryan Cho, the executive vice president at Related Companies, which chose Tribeca as the location for multiple new developments, including 456 Washington, where rents can reach $50,000 per month. “This is a really easy walk, or cab ride, or bike ride. It makes it very pleasant—all of a sudden, you’re in this retreat type of atmosphere. We’re already getting a lot of interest from people who work in the area, like at Goldman [Sachs].”

“Tribeca is quiet, low-key and undeniably trendy,” Ms. Blagg remarked. “Residents sport high fashion ensembles, and their kids follow suit—there is definitely a type and a certain caliber lifestyle associated with the neighborhood.”

This is also true of Tribeca’s four-legged residents—on a recent outing, we observed a well-dressed young woman in red Hunter rain boots accompanied by a French bulldog in the matching canine version.

“It’s just cooler than uptown. I know it sounds like a played-out word, but it’s a very accepting environment,” agreed Douglas Elliman broker Darren Sukenik, who recently purchased an apartment in Tribeca with his partner. “It was always cool, and it’s still cool. It used to be artists that were cool, now it’s people that are maybe in the arts, but it went from artists to art dealer—that’s the only way I can put it.”

The subjective “coolness” of the neighborhood isn’t a sentiment shared by all who have inhabited its (kind of) cobblestoned streets.

“I personally find Tribeca too quiet and sparse,” said Ms. Blagg, who moved to the West Village after 12 years in Tribeca. “It’s an extremely residential neighborhood… It’s a neighborhood for routine, not so much exploring or adventure,” she commented.

But for those who often have no desire to leave, new developments have added inventory. The buildings—designed to comply with the prevailing aesthetic because of historic landmark district status—include fancy new buildings like 111 Murray Street and 456 Washington, geared toward those who may have previously looked uptown for what they felt was a safe, luxurious home.

“Never has there been an option to live the uptown, amenity-rich lifestyle downtown until the last seven years,” Mr. Sukenik said. “Now, all the amenities are downtown. One-eleven Murray is the most amenitized building downtown, and it’s truly uptown living downtown. There really hadn’t been that type of building offered before.”

That’s not to say that the pet spas and concierge services are the only amenities drawing people in—the neighborhood has, in many ways, become an amenity in itself, due to the flocks of upscale fitness and lifestyle chains nearly synonymous with the Upper East Side set making their way into the enclave of Tribeca.

“It has the Upper East Side amenities,” Ms. Lupard opined. “SoulCycle, DryBar—any kind of workout you desire! You could go spinning, to Tracy Anderson, it’s all here!” (Though chances are it’s also all booked up.)

Even the celebrities are skewing younger. Robert De Niro may be the éminence grise, but visitors are just as likely to catch a glimpse of Beyoncé and Jay-Z. “[People] like to say, ‘oh, I don’t care that so and so lives there,’ but they do, and a lot of celebrities live in Tribeca,” notes Ms. Lupard. “I just saw Meg Ryan walking down the street—a day doesn’t go by that you don’t see someone. Taylor Swift is right down the street from my office,” she added. 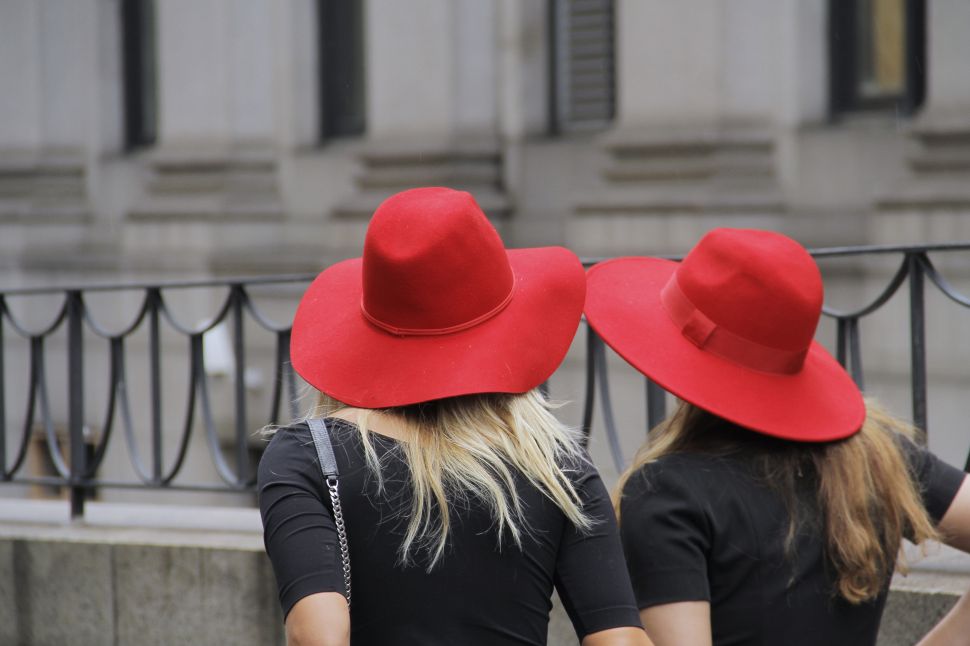