Dreamcaps is a series in which I write recaps for episodes of TV shows that do not exist. That means I make up absolutely everything, except for the show titles, which are made up by YOU- if you have an idea for a show title you’d like to see recapped, tweet @jennyjaffe! This week’s title comes from @jilleatsapples.

It’s innovative, heartfelt, hilarious, and critically lauded, so WHY IS NO ONE WATCHING MY NEW BEST FRIEND?  And, more to the point, why are clever female-driven comedies always prey to poorly executed advertising campaigns? Like Crazy Ex-Girlfriend and Don’t Trust the B before it, My New Best Friend may have been damned to obscurity by subway posters that featured no title, no tag line, and no characters—just a blank white poster with the words “this show is going to be bad” written on the bottom. It’s such a good show! Why would they do that?? Who greenlit this thoroughly bizarre ad campaign?

It’s especially frustrating that we will probably never get a second season of My New Best Friend because it is just now hitting its stride. Brilliant though the first few episodes were, they were yet to really figure out Krista as a character (is she a driven businesswoman or just a slacker who stumbled into a great job?), but it seems that six episodes in they’ve finally pulled her out of fan favorite character Mona’s shadow.

Episode six finds our favorite reluctant office mates (if you’re one of large majority not watching, Mona and Krista were forced to share an office and job title due to budget cuts at the large, non-specific conglomerate they work for, much to Mona’s delight and Krista’s chagrin) forced to attend the wedding of co-worker/Mona’s enemy Bev as each others’ dates. An argument in the car over whether or not Mona is allowed to introduce Krista as her “best friend” leads to Mona purposefully plugging the wrong address into the GPS so they can spend more time in the car getting to know each other. When the unexpectedly long trip causes the car to run out of gas, Krista calls on her real best friend, Devin, to come and pick them up. Mona and Devin’s mutual dislike and very one-sided jealousy provide the fodder for much of the episode’s comedy, but we’re also treated to a subplot about Bev’s bridesmaids figuring out just how much they’re allowed to shit talk Bev based on how long they’ve been her friend.

It’s all even better than it sounds. The comedy is keenly observed and despite universal themes and occasional dipping into the “been there done that” sitcom well, it goes out of its way to paint its characters in fine, detailed strokes. WHY. AREN’T. YOU. WATCHING. THIS. SHOW?

Okay, fine, but read literally anything about this show. Everyone loves it. It’s funnier than just about anything else on the air. Its cast is stellar and literally award-winning. It subverts every awful trope you may once have been rightfully nervous it would fall victim to.  I promise it’s worth the watch. There are only six episodes. WHAT MORE DO YOU WANT. THIS SHOW IS BRILLIANT. IT’S ON HULU. FOR FUCK’S SAKE. DO YOU KNOW HOW MANY SEASONS TWO AND A HALF MEN GOT?

THIS IS WHY WE CAN’T HAVE NICE THINGS.

Anyway. Krista, Mona, and Devin arrive at the wedding and even though Mona, having seen what a true best friendship looks like, offers to step down as Krista’s wedding friend-date so she can take Devin, Krista sticks by Mona’s side. It’s a very sweet scene, and re-enforces the idea that even though Mona may not be Krista’s favorite person as much as Krista is Mona’s (yet—they seem to be setting up a swap in roles here which I think will be fascinating IF THEY GET A SECOND SEASON GOOD GOD PEOPLE), Krista does appreciate Mona’s enthusiasm for their blossoming friendship.

So far the show has done a superb job of treating overly enthusiastic Mona like a person who is just as worthy of best friendship as more level-headed Krista. They are very different but the show doesn’t value judge them. It merely presents their flaws lovingly and impartially. It is never clear that Mona needs Krista more than the other way around, and sometimes it even seems that the opposite might be true. A lesser show would have painted Mona as a crazy, over-eager, obnoxious hanger-on to Krista’s level-headed “cool girl” mystique. But My New Best Friend isn’t another show. It is quite possibly the best show on TV. 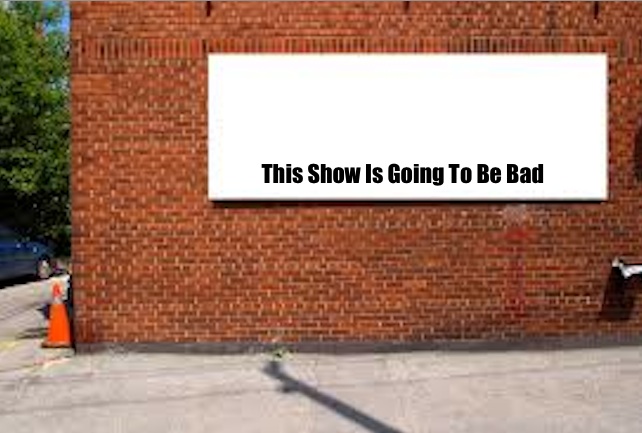