A painting by Salvador Dalí acquired by a museum in Dallas has been rechristened after research revealed its original title had been changed in the years since its creation.

L’Homme Poisson, which until recently was known as originally La Femme Poisson, was bought by Southern Methodist University’s Meadows Museum in 2014 through a private sale with Sotheby’s. After the purchase, the museum placed the work under the microscope with the hope of discovering what secrets it might reveal.

“[The name change] probably happened after it was [first] shown in the U.S.,” Meadows director Mark Roglán told the Observer. “It was something that needed to be clarified.”

The small painting is historically significant for being one of ten works featured by the artist in the very first exhibition of Surrealism in the U.S., held at Hartford’s Wadsworth Atheneum in 1931. Another painting shown in the Wadsworth’s exhibition was The Persistence of Memory, perhaps Dalí’s most famous and influential work for its depictions of melting clocks hanging from a tree.

L’Homme Poisson, however, features numerous visual references the artist’s wife, manager and muse Gala (Helena Deluvina Diakonoff), including an inscription dedicating the work to his “little olive,” a nickname he gave her for her olive complexion. The painting was created shortly after he met her in 1929.

Mr. Roglán said that the first clue to Meadows staffers that Dali’s original title had been changed came during a 2015 lecture at the museum by William Jeffett, chief curator of the Salvador Dalí Museum in St. Petersburg, Florida. While speaking about the artist’s small-format paintings from the 1930s, Mr. Jeffett cited a review of the Wadsworth’s Surrealism show from the Hartford Courant which referred to the painting as L’Homme Poisson.

The museum followed up on Mr. Jeffett’s tip and sent the painting to the Kimbell Art Museum’s chief conservator in Fort Worth for infrared analysis and x-ray scanning.

“The underdrawing came alive,” Mr. Roglán said. “There is so much draftsmanship under the painting. It his creative process and how he made a composition work—he was making changes as he was painting.”

Under Dalí’s crisp and fluid brushstrokes, infrared scans revealed two additional, incomplete figures as well as a tree in the background that didn’t make the final cut. The findings provide new insight into the sparse and seemingly simple but strange compositions for which the artist is now famous.

The Meadows Museum is presenting L’Homme Poisson for the first time since its purchase (and name change) alongside the findings from the Kimbell Museum’s research in the exhibition “Salvador Dalí, An Early Surrealist Masterpiece,” on view through June 19. The show will also feature several of the artist’s works on paper, including prints and illustrated books already part of the museum’s collections. 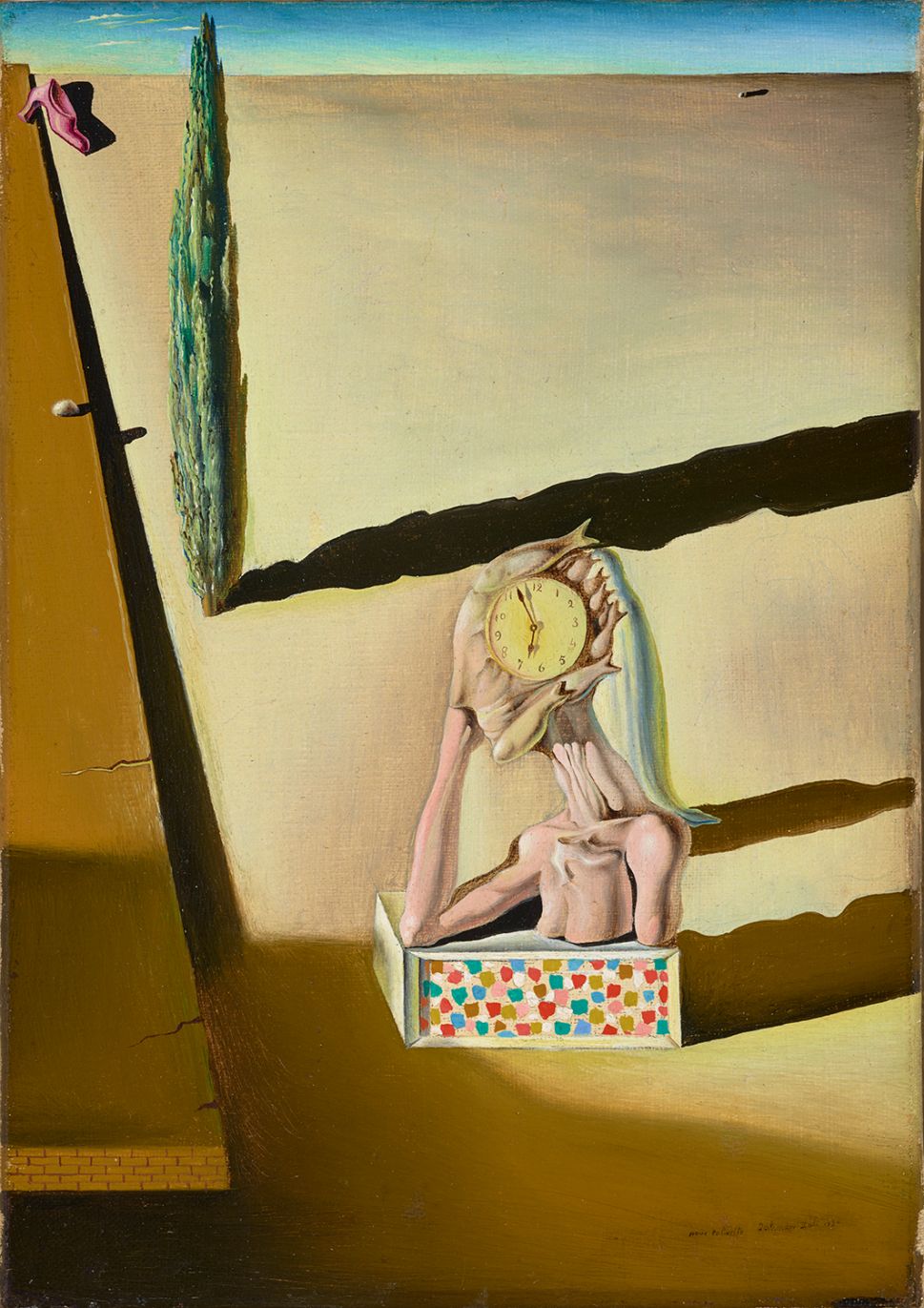