“I understand the position he has,” Mr. Holder, the nation’s first black attorney general, told the Observer after a speech Ms. Clinton delivered in Harlem yesterday. “He’s the leader of the Democratic Party and so he has to let the process play out and at an appropriate time he will express an opinion about who should be his successor.”

Many current and former members of the Obama administration, including Mr. Holder, are supporting Ms. Clinton, the establishment front-runner, against Sen. Bernie Sanders of Vermont in the Democratic primary. Eight years ago, Mr. Obama was the insurgent trying to topple Ms. Clinton, and he succeeded with the help of the African-American voters Ms. Clinton is desperately courting before the South Carolina primary on February 27.

Some political pundits have wondered whether Mr. Obama, the nation’s first African-American president, should shed his neutrality and back Ms. Clinton now to help ensure nonwhites don’t flock to Mr. Sanders, a self-described democratic socialist representing one of the whitest states in America who nevertheless is making serious inroads with younger minority voters.

The former secretary of state is supported by much of the black political establishment and probably doesn’t need Mr. Obama has a validator at this point, though that could change with weak showings in Nevada and South Carolina. At the same time, others have argued a fierce primary fight is just what the Democratic Party needs, and Mr. Obama should stay on the sidelines.

Mr. Holder told reporters he will return to South Carolina to campaign for Ms. Clinton.

“I’ll be returning there probably sometime next week and then I will be going to other parts of the country as well as I did for President Obama back in 2008,” he said. 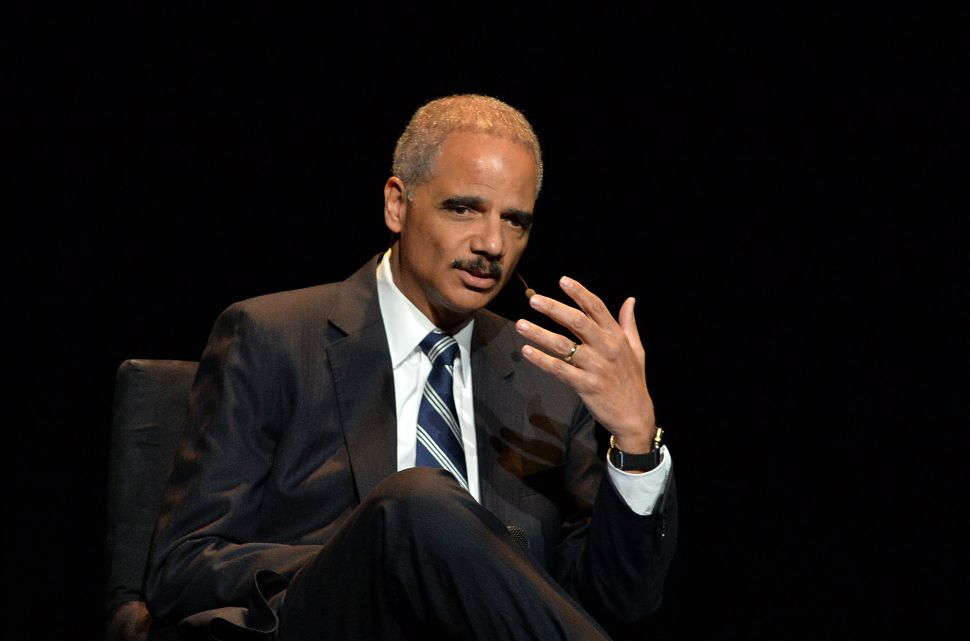