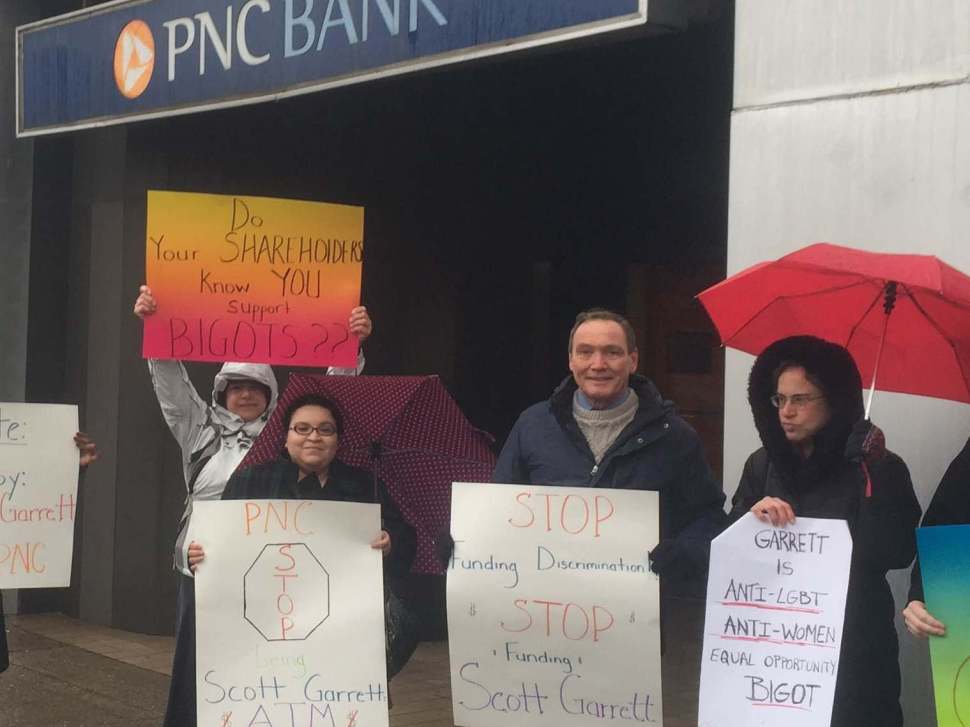 In response to a planned demonstration by Assemblyman Tim Eustace (D-38) and Garden State Equality today, PNC Bank became the latest institution to distance themselves from incumbent U.S. Rep. Scott Garrett (R-5). Eustace and Garden State Equality thanked PNC, one the nation’s largest banks, for announcing that they would immediately suspend all financial contributions to Garrett, who pickled himself politically last year by making some anti-gay comments.

“We applaud PNC’s decision and thank them taking a stand against hate and discrimination,” said Eustace. “Garrett’s reprehensible positions are clearly out of line with New Jersey values. It shouldn’t have to take a planned protest for companies to align with their own stated values of diversity and equality, but nonetheless we are glad that PNC will no longer contribute to Scott Garrett.”

Eustace added that he hoped PNC Bank would be an example to other businesses whose contributions to Garrett would seem to contradict their LGBT policies. “We will go branch to branch, company to company, until others show they stand with the LGBT community by dropping their financial support of Scott Garrett’s bigotry and hatred.”

Eustace and Garden State Equality joined Weinberg’s call for the business community to take a clear stand against discrimination by no longer enriching Garrett’s campaign account and asking for previous donations to be returned. 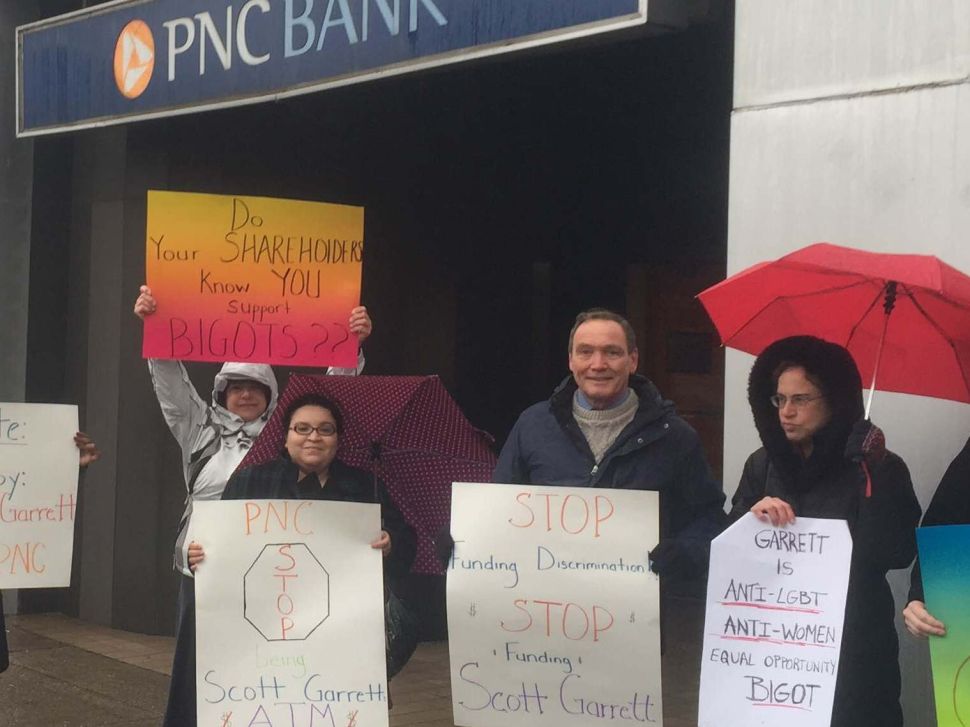