Look, I’m no Seth MacFarlane apologist. True, I find Family Guy pretty hilarious, but given the glut of entertainment in that time-slot, combined with the fact that the show’s creator and his public audience are frat-bros of the worst order, I don’t go around keeping tabs on Fox’s Sunday night non-Simpson animation block. But even more than I hate people who do Quagmire impressions unprompted, I hate sports, which is how I found myself channel-surfing last night just in time to catch the premise of Family Guy’s season 14 episode, premiere, “Pilling Them Softly.” (The original episode aired in September.) 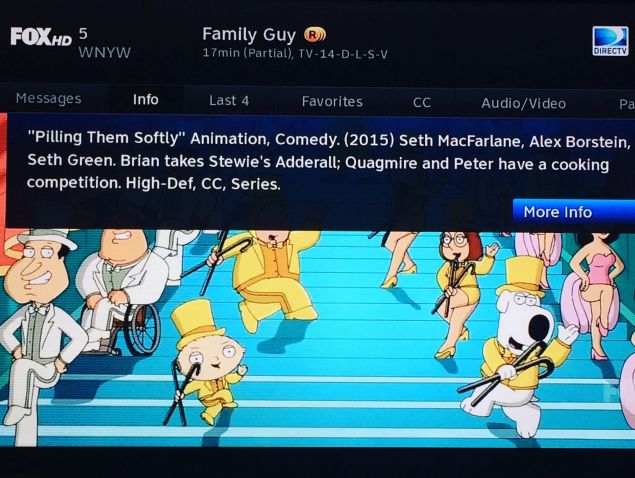 Hmmm. I was intrigued. Sure, other shows have dabbled in tackling stimulants– You’re The Worst, Glee, South Park, The Simpsons, the first season of Fargo (as an untraceable dog poison), that infamous Saved by the Bell episode– but usually the message is pretty simplistic: drugs are bad, and make you act crazy. The end.

But with the number of scripts being written for the Schedule II substance surging at almost inconceivable rates–like, 3000 percent in one year— and the age range for potential users (or misusers) of the drug, there are surprisingly few programs willing to discuss the fact that most of us, statistically, have tried prescription speed. Let alone deal with the topic in a funny–and more importantly, truthful–way. As someone who has been prescribed stimulant medication in one form or another since I was old enough to disrupt classes with solo renditions of my favorite Disney numbers, I was interested to see how a full episode devoted to the effects of Adderall would pan out. Imagine my surprise when Family Guy managed to come through with a pretty on-point analysis! Literally, no one could have been more surprised than me, and not only because I forgot I had left the TV on after getting distracted by this one level in Cooking Fever that is just driving me nuts.

The episode starts out with Stewie getting prescribed Adderall. Instead of making Stewie a hyper beast, however, Adderall turns him into an unblinking, spaced-out zombie. 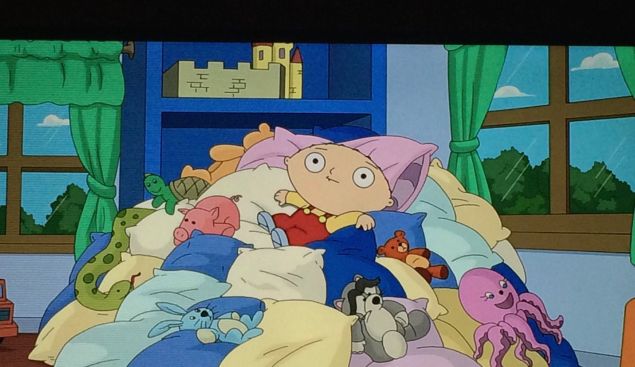 He freaks out Brian with his odd behavior and “eyes open nap.” 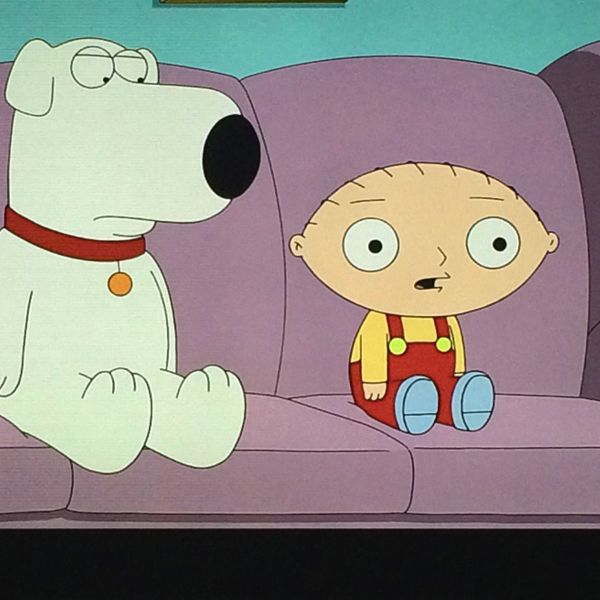 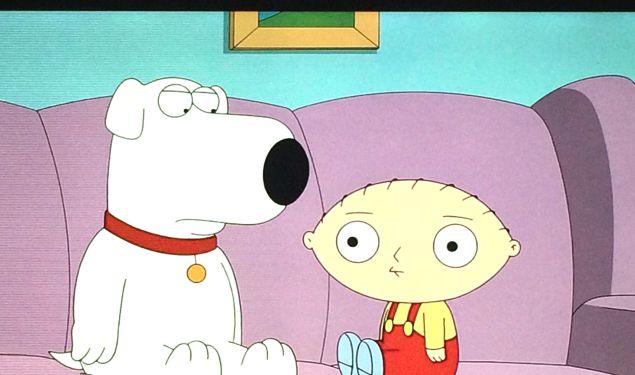 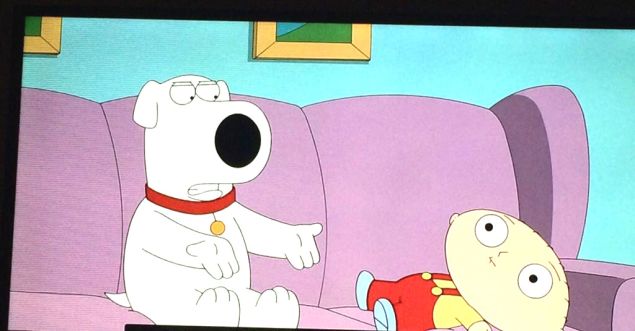 At first Brian is outraged over the drugging of America’s youth, but changes his tune when Stewie lets it slip that the drug is good for lazy people who want to become productive. Brian steals the medication to write his opus, and is discovered in the basement by a pilled-out Stewie, who has becomes fascinated by the amount of collected in the humidifier…an experience I think everyone can relate to. (This was all in the air? How??!) 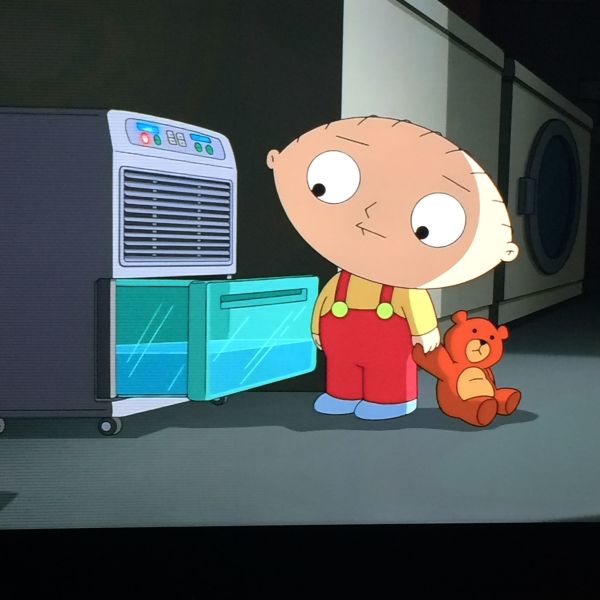 Brian’s reaction to Adderall is different than Stewie’s, which is a key detail about the drug that I haven’t really seen addressed anywhere else: it makes hyper people (like Stewie) calmer; while turning the person/dog without ADHD (or ADD) into one of those maniacs who fill their home with DIY conspiracy collage boards, like Carrie Matheson in the first seasons of Homeland. 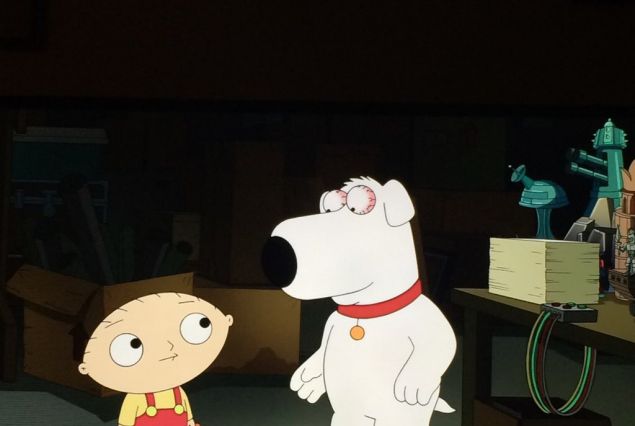 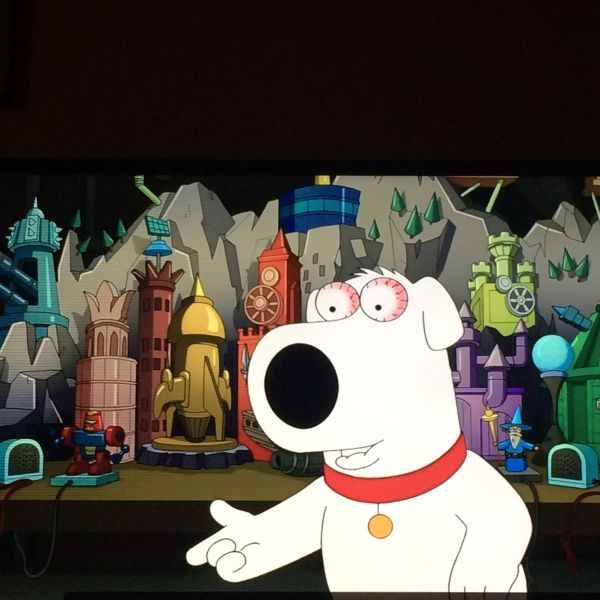 Brian is amped because he wrote a 2,000 page Game of Thrones-esque crossover epic with huge marketing potential, which he then takes to George R.R. Martin. 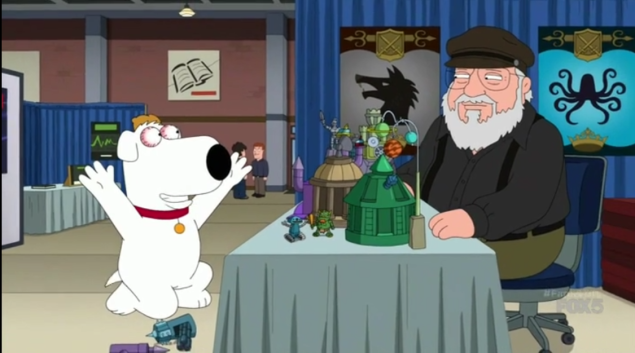 George R.R. Martin (well, a George R. R. Martin imposter, as it turns out) rejects Brian’s pitch. “Taking pills doesn’t make you write well,” he admonishes. “It makes you write a lot.” Oof. Yeah. That sounds about right. Both characters realize they are better off un-drugged, leading to a surprisingly poignant moment in the otherwise silly show.

“There’s nothing wrong with us,” Stewie tells Brian. “You’re just lazy, I’m just excitable. We’re both normal.” And with that, Family Guy finally delivered a message worth our (short) attention. 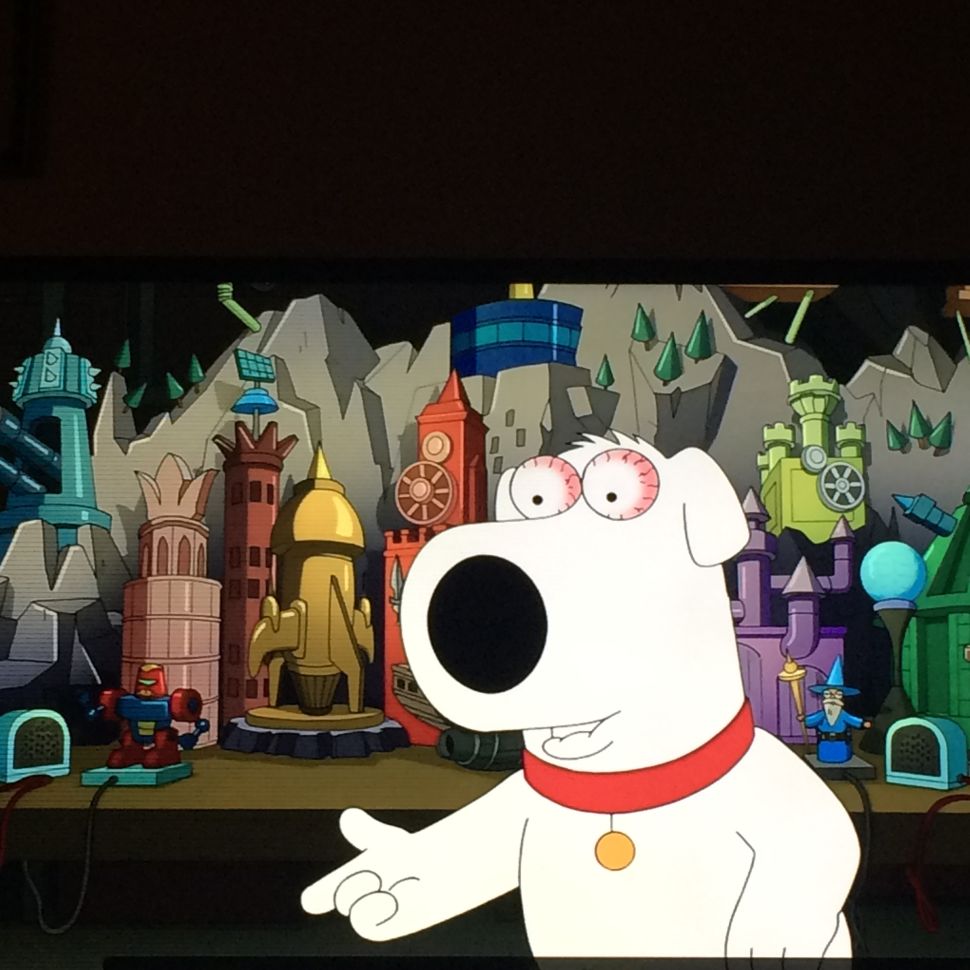