In 1967, the first Super Bowl kicked off. Since then, 4,205 players have participated in 2,940 minutes of season-ending playtime. True football fans—hailing from any team loyalty—can now exhibit those figures proudly on a louche bomber jacket from Nike’s Destroyer collection.

Crafted in the official colors of the Super Bowl, black and gold, this leather and wool update on a classic silhouette makes a far more memorable token of the game’s golden anniversary than an endless pile of Buffalo wings. The back of the jacket is coated with 50 stars, commemorating half a century of epic games. Whether one views the game from a box at Levi’s Stadium or a local pub, this piece is guaranteed to be as highly sought after as a Super Bowl ring. 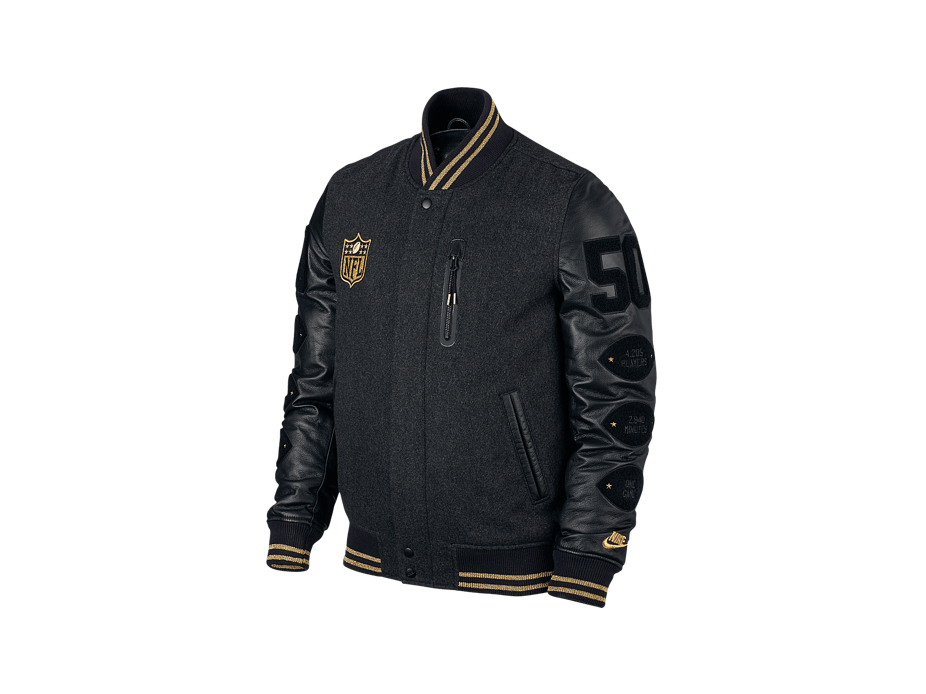