Imagine that you needed to do some shopping but you didn’t know exactly what you wanted. Say there were three stores you thought might have something you liked, but you only had time to visit one. Would it help if you could put on a helmet and see what each store had on their actual racks, right now, from home?

Real time virtual reality like that might be possible in a super connected future with ubiquitous, unbelievably fast, ultra high-capacity bandwidth. “For the gamut of applications we have today, I think the network is doing a pretty decent job,” Laksmhi Subramanian, a computer science professor at New York University, told the Observer in a phone call. For hard to imagine future applications (such as VR window shopping) we’ll need a more powerful system.

In industry parlance, this future is referred to as fifth generation wireless, or “5G.” It’s a future that’s been envisioned since 4G networks went live on mobile devices six or so years ago, and it is one that’s currently projected to roll out to the public in 2020. There was buzz recently about Google (technically, Alphabet) experimenting with putting 5G access points onto solar powered drones. As The Guardian reported earlier this month, via information attained through public records, the company seems to be running experiments with aircraft over New Mexico.

Google declined to comment both for that story or when contacted by the Observer.

Since coverage of 5G thus far has mostly speculated about whiz-bang first-world applications and with mystery surrounding whatever Google is doing in the desert, the public could be forgiven for imagining a future with drone planes wandering above cities and suburbs, beaming down our connection points to the Super-Internet. After talking to several industry experts, the Observer is comfortable predicting that that’s not very likely.

“I would say this concept with the drones is not a concept that’s pursued by the industry,” Voker Held, an executive at Nokia, leading 5G wireless market development for the company, explained in a phone call from Germany. Nokia has been building demonstration projects to show that 5G hardware can connect a large number of very fast connections at once.

Nokia expects the general public will get its first mass demonstration of 5G’s promise when the Olympics come to PyeongChang, South Korea, in 2018.

If 5G drones fly, their most logical use case will be to provide connections in the developing world, Mr. Subramanian explained, whose research has had a strong emphasis on networks in rural areas. Places that don’t have existing infrastructure to build on would benefit from a swiftly deployable system in the air. In fact, we already know that Google’s X division is working on high altitude access points, with Project Loon.

Each expert the Observer spoke to said that in places with existing networks, fixed infrastructure has been demonstrated to be more than adequate. That said, to attain the amount of bandwidth needed for a 5G future, telecom providers will need to use new radio frequencies that present their own challenges.

These smaller, tighter wavelengths—known as millimeter wave and centimeter wave (after the actual size of the beams)—can carry much more data, but they have a shorter range. So for these tighter frequencies to reach end users, they will require many more base stations (or towers, but many of them will be much closer to the ground). In turn, each station will also need to aim beams directly at users, following them as they move.

This can make it complicated to keep swiftly moving devices connected. “One interesting application for drones in the urban context is for vehicular traffic,” Mr. Subramanian speculated. Machine to machine networking is expected to be a major source of demand on 5G systems. Stable connections with very little inconsistency will be especially important for autonomous vehicle systems.

IEEE Spectrum has a succinct breakdown of the cocktail of technical advancements in the works to make 5G feasible, most of which are ready. “The majority of the concepts we want to create and improvements we want to provide have been worked on, to the point that we are ready to share them,” Tod Sizer, a mobile radio researcher at Bell Labs (which was acquired by Nokia last year), told the Observer in a phone call.

Big industry players are all making a din about 5G now. An American lobbying group raised the need for legislative momentum to make sure the United States leads the sector earlier this week, according to Motherboard. In April, The European Telecommunications Standards Institute will hold a conference to build industry consensus about standards. And the industry has been awash in white papers, though the most important was probably the one from that came from a coalition of mobile operators last year.

The next step will be to define network standards and then start testing them in the real world. While Google’s experiments may do the important work of reaching those left out of modern networking, its findings aren’t likely to be important to the network itself. 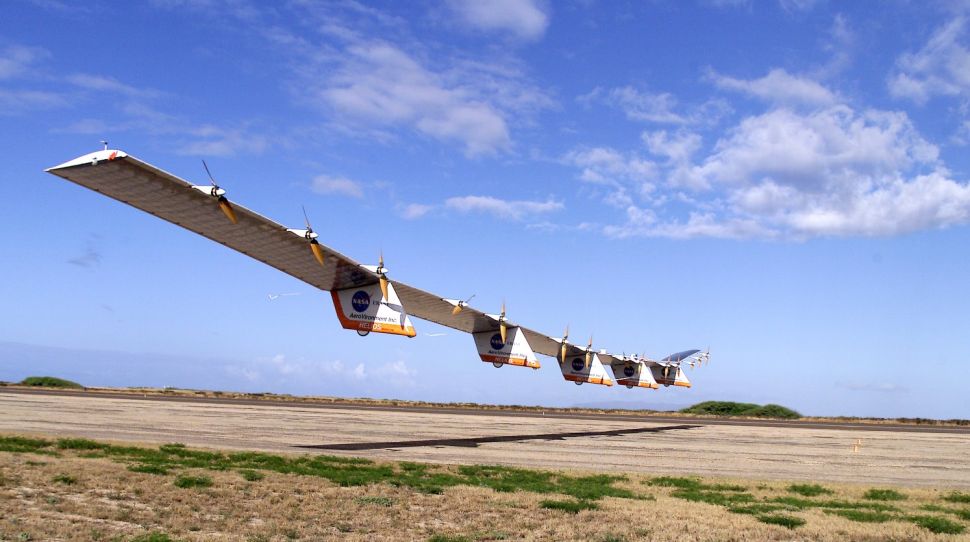