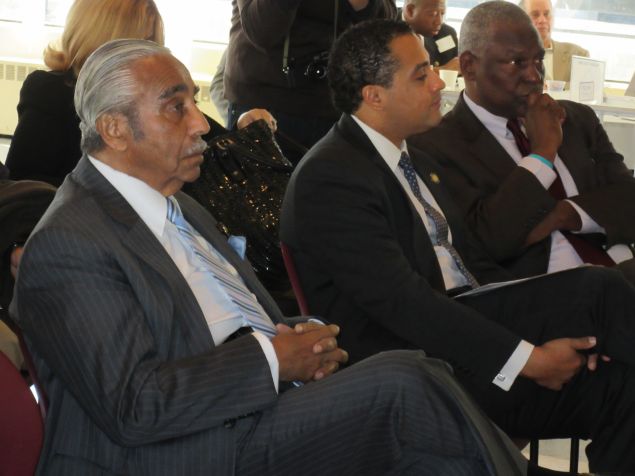 Ex-Ambassador Suzan Johnson Cook and former White House official Clyde Williams ripped Mr. Wright’s 23-year record in Albany and his perceived status as Mr. Rangel’s heir while at the Barack Obama Democratic Club forum in Washington Heights. All three candidates are African-Americans hailing from Harlem, and presumably compete for the same votes in the district, which covers upper Manhattan and parts of the Bronx.

“We need a fresh perspective,” said Ms. Johnson Cook. “It’s time for business as usual and corrupt politics to be dismantled. Who says it’s someone’s turn? Who says someone is anointed for the position?”

Ms. Johnson Cook went on to attack “the machine,” an apparent jab at to Mr. Wright’s position as chairman of the Manhattan Democratic Party.

Mr. Williams, for his part, highlighted that Mr. Wright chairs the Assembly’s Housing Committee, which is responsible for renewing and revising the city’s rent laws in the lower house of the State Legislature.

“You have people sitting on this dais, who are running for this congressional seat, that have had decades to respond to the needs of this community, and they have not done it,” said Mr. Williams, a veteran of the Obama and Clinton administrations, highlighting rising rents in Harlem, the Bronx and across the city. “You’ve got people who are chairman of the Housing Committee in Albany. Somebody who sits on the Housing Committee in the Senate. And things have not gotten better, they’ve gotten worse.”

The reference to the State Senate Housing Committee was aimed at Manhattan State Senator Adriano Espaillat, the unsuccessful two-time challenger to Mr. Rangel who also participated in the forum. The audience erupted in boos in response to the comments by Mr. Williams, who himself ran against Mr. Rangel in 2012.

Mr. Wright fired back at both of his Harlem rivals, criticizing them as disengaged from the specific issues of the district and from the process in Albany

The fray followed an announcement from the debate’s organizers that Harlem State Senator Bill Perkins had told them he was dropping his bid to replace Mr. Rangel—a huge boon to Mr. Wright, whose current turf overlaps heavily with Mr. Perkins’. 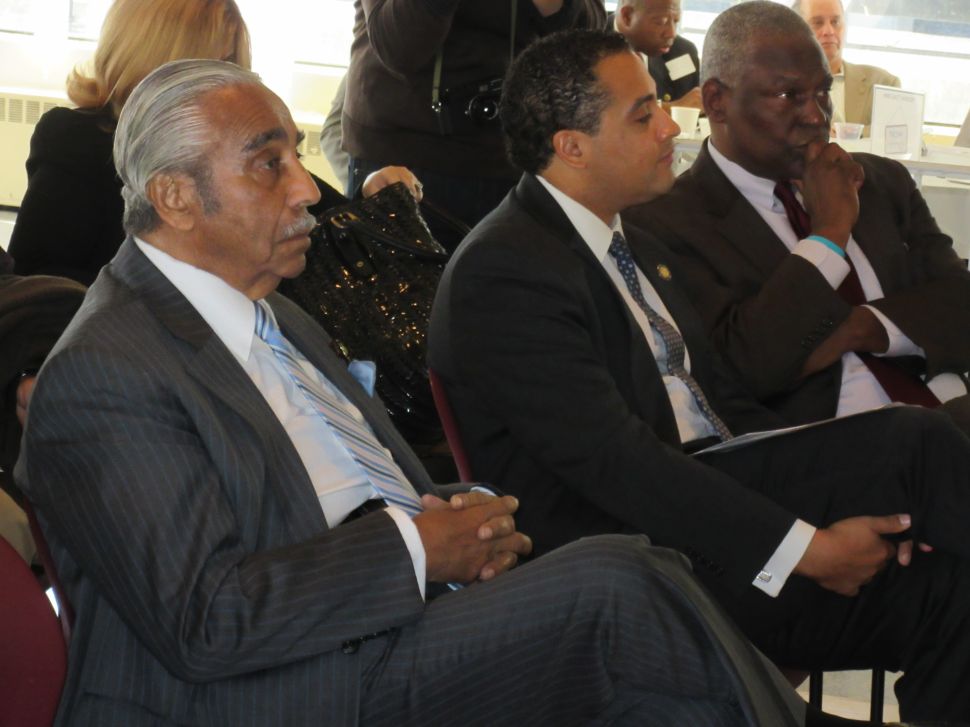