Researchers based in Edinburgh, Scotland are inviting individuals from around the world to contribute to a culturally-inspired, interstellar radio message that will broadcast from Earth into space for a centuries-long voyage to the North Star, Polaris.

“A Simple Response to an Elemental Message” is a non-profit collaboration between the Royal Observatory of Edinburgh, the UK Astronomical Technology Centre and the University of Edinburgh along with “numerous researchers, institutes and facilities scattered across Europe, Canada, the US and Asia.”

The project aims to collect diverse statements from all walks of life to include in the radio signal and use these submissions to understand how people from various geographical locations perceive Earth’s future. Participation is simple and only requires a unique text response to this proposed question; “How will our present environmental interactions shape the future?”

Participants are encouraged to provide an answer based on their surrounding environment, and from their experiences, form an opinion on humanity’s impact on the natural world and the consequences that impact will have for future generations. Responses can be given in English, French, Spanish, German, Arabic, Russian (with the addition of other languages pending) on the project’s website. Since launching in late 2015 then relaunching as a multi-lingual platform just a month ago, the project has received over 1,200 entries from as far and remote as Antarctica.

The global feedback on how humans, as a species, will shape the future of the planet, will be converted to radio waves and transmitted at light-speed in the autumn of 2016. This signal or “message in a bottle” will travel for 434 years until it reaches Polaris—a destination commonly referred to throughout history as the North Star.

“The purpose behind choosing the North Star for the signal is primarily due to the iconography associated with this object as the ‘most practically useful star within the heavens’ and the intimate nature of this relationship with our own species/Earth for the past 1000 years,” Project Coordinator Paul Quast said in an email to the Observer. “Traditionally, this star has been used as a True North indicator which has helped individuals lost within their environment to ‘find their way’ around Earth’s Northern hemisphere, a postulated position which maintains a strong association with the concept of survival.”

Researchers on the project also hope to study the provided perspectives to determine if there is a correlation between an individual’s geographical location and their overall outlook on the future of the planet. The collection of this data comes secondary to the philosophical vision for the project but is still significant. “While the message contents are generated for this outward journey, the material itself is collaboratively developed with the public to be self-reflective on how we as a species consider our role within shaping our collective biosphere for all of Earth’s life,” Paul Quast explained.

“A Simple Response to an Elemental Message” also highlights the environmental perils of an era known as “The Critical Decade”—a crucial moment in human history where ecological impact will have adverse effects for generations to come. “The Critical Decade is a hypothesized window in our civilization’s timeline for humankind to reverse and fix its mounting environmental impact while also putting us on the pathway to stabilizing the climate system,” Paul Quast said.

“Think of this as humankind’s imprint rivaling the Earth’s own geological cycles and this decade as our fleeting chance to start fixing how we fundamentally interact with nature before our actions continue to leave less of a planet for our descendants to adapt to.”

The project is reminiscent of Carl Sagan’s curated collection of sounds and images that was launched on the Voyager missions in 1977. While that message has already left the solar system in the form of gold vinyl discs attached to the twin Voyager probes, it will be bested by “A Simple Response to an Elemental Message” which will travel much farther within just 21 hours of transmission.

NASA also sent a radio signal towards Polaris that included the Beatles hit “Across the Universe” when the agency celebrated its 50th anniversary in 2008. While Carl Sagan and NASA’s attempts to send a message to interstellar space was done with the subtle intention of it being discovered by an extraterrestrial species, that is not the purpose of the Polaris-bound environmental message.

“This is not a Messaging Extraterrestrial Intelligence (METI) initiative” explained Paul Quast. “While the content could potentially be intercepted en route to Polaris, the material is not intentionally developed towards establishing any form of communication with these individuals and is instead intended as an exchange between Earth and the star itself.”

Before the transmission of this message will carry a collective voice to the stars, the gathering of these voices from different corners of the globe and from all walks of life provides a profound moment of reflection that all of humanity can share.“The purpose behind the project is to actively develop consideration towards our species’ survival within deep time using this off-world, cultural, resonant legacy as an archaeological account of our existence,” concluded Quast.

There are 165 days left to participate in the project. Click here to make sure your voice is included in the broadcast to Polaris. 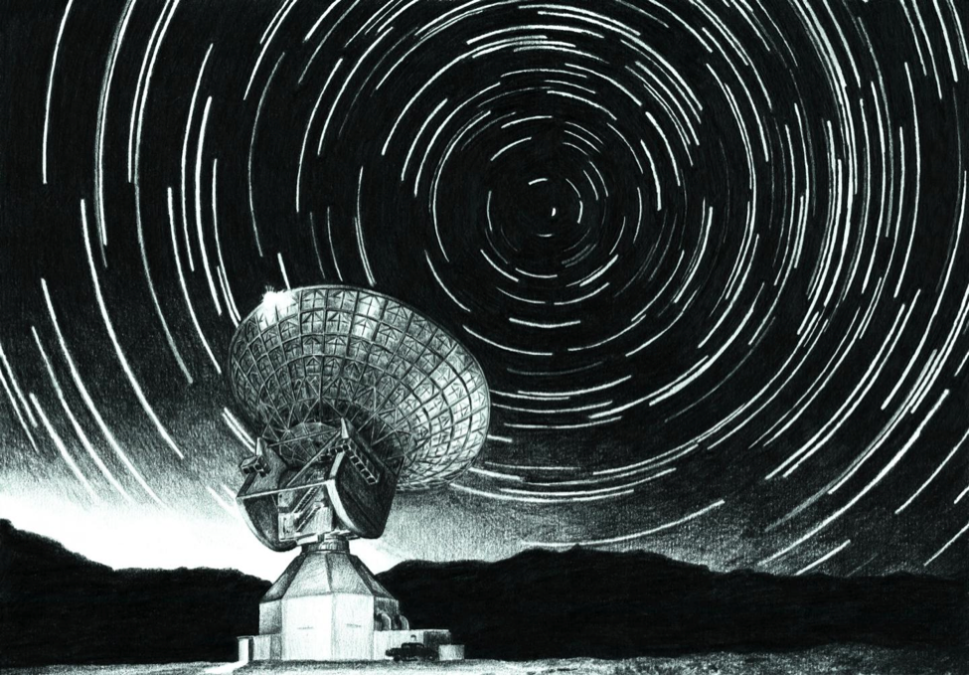