With all precincts reporting, Ms. Clinton led 73.5-26 percent, a landslide that far outpaced Mr. Sanders’ drubbing of her in New Hampshire earlier this month.

Ms. Clinton, the former secretary of state, was a heavy favorite to win the Palmetto State, where polls consistently showed her far ahead of Mr. Sanders, a Vermont independent and self-described democratic socialist. The victory marked the second state Ms. Clinton has captured in a row, following a hard-fought win in Nevada a week ago, and the third state overall.

In recent days, the Sanders campaign appeared to downplay the importance of South Carolina; Mr. Sanders staged rallies in other Super Tuesday states as polls showed him gaining little ground. With nearly a dozen states up for grabs on March 1, Ms. Clinton will hope that her decisive, though expected, win in South Carolina will give her the momentum to halt Mr. Sanders’ once surging campaign. While Mr. Sanders is wildly popular with younger and whiter voters, Ms. Clinton retains the support of African-Americans, who make up a significant portion of the primary electorate in many Southern states.

Winning South Carolina helped exorcise the ghosts of Ms. Clinton’s loss in the state eight years ago to Barack Obama, who would go on to become president of the United States. Ms. Clinton’s husband, former President Bill Clinton, alienated black voters by diminishing Mr. Obama, and the loss marked the beginning of minorities rejecting the Clinton campaign in other crucial states. Ms. Clinton has always been the front-runner for the Democratic nomination in 2016, and her win tonight will only help cement that status. 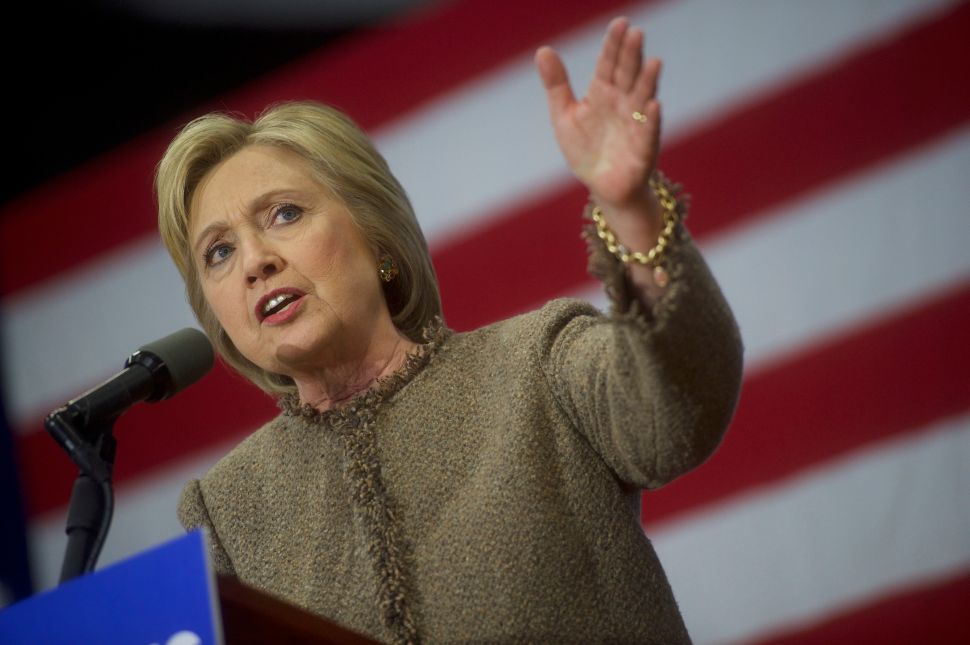