In a giant step backwards in eliminating special interests in Washington, the Democratic National Committee overturned a ban introduced by Barack Obama in 2008 restricting donations from federal lobbyists and super PACs. Unfortunately for Bernie Sanders’ supporters—who take pride in the Democratic presidential candidate’s refusal to accept funds from super PACs—the decision disproportionately benefits Hillary Clinton, as she is the only Democratic presidential candidate taking such donations.

Campaign finance reform has been a major issue this political cycle, as both Democratic presidential candidates have incorporated it into their platforms—but only Mr. Sanders has acted on his proposal by refusing to accept super PAC money. According to The New York Times, Ms. Clinton received $47.9 million from super PACs in 2015, despite openly advocating for campaign finance reform. Ms. Clinton’s actions contradict her words, and suggest her proposals for reform are merely for political expediency.

Like Ms. Clinton, DNC Chair Debbie Wasserman Schultz also accepts money from super PACs and corporate interests. Given Ms. Wasserman Shultz’s campaign financing strategies—in conjunction with the virtual bankruptcy the DNC is facing under her leadership—the rescinding of the ban on donations from federal lobbyists and super PACs should come as no surprise, but what it demonstrates is still sobering. Special interests have undermined the trust between the government and the American people to the extent that public outcry against corporate influences are resulting in regressing policies for campaign finance reform. As Mr. Sanders leads calls for politicians to ethically rid themselves of ties to wealthy individuals and corporations, the Democratic Establishment is doing everything possible to inoculate themselves from those calls to action.

Growing calls for Ms. Wasserman Schultz’s resignation have stemmed from her alleged favoritism for Ms. Clinton—ranging from her position as co-chair of Ms. Clinton’s failed 2008 presidential campaign, to criticism over her limited and poorly scheduled Democratic presidential debates—and the pressure has risen substantially as she faces a primary challenger in Tim Canova, a former consultant to Mr. Sanders on Federal Reserve reform.

Although Ms. Clinton still significantly outpaces Mr. Sanders when it comes to endorsements from superdelegates, those endorsements will have to switch to Mr. Sanders if he continues to win more delegates from the popular vote. Otherwise, the Democratic Party risks rupturing over the controversy that would ensue if the nomination was determined by superdelegates rather than American voters identifying as democrats.

A joint fundraising committee between the Clinton campaign and the DNC—called the Hillary Victory Fund—raised $26.9 million as of December 31, 2015, much of which has gone directly to the DNC and other Democratic candidates across the country. Thirty-three state Democratic parties signed pacts with Ms. Clinton’s campaign, meaning she is essentially buying support from Democratic leaders around the country. In short, the Clinton campaign controls the money and decides which states receive it after the campaign and the DNC get their cut. According to Bloomberg, New Hampshire received $124,000, where six out of six superdelegates supported Ms. Clinton while over 60 percent of the primary vote favored Mr. Sanders. Nevada and South Carolina also have pacts with the Hillary Victory Fund, where Ms. Clinton has already won support from three of Nevada’s eight superdelegates and three out of South Carolina’s six superdelegates.

The superdelegate system was enacted in the 1980s to give the Democratic Establishment more influence in determining the party’s presidential nominee, and as the DNC opens the floodgates to donations from special interests, the future of the party is auctioned off to the highest bidder. Unless Mr. Sanders can overcome the financial obstacles set by the Democratic National Committee to win the nomination, campaign finance reform and removing big money from politics will be a fantasy kept alive only on the party’s fringes. 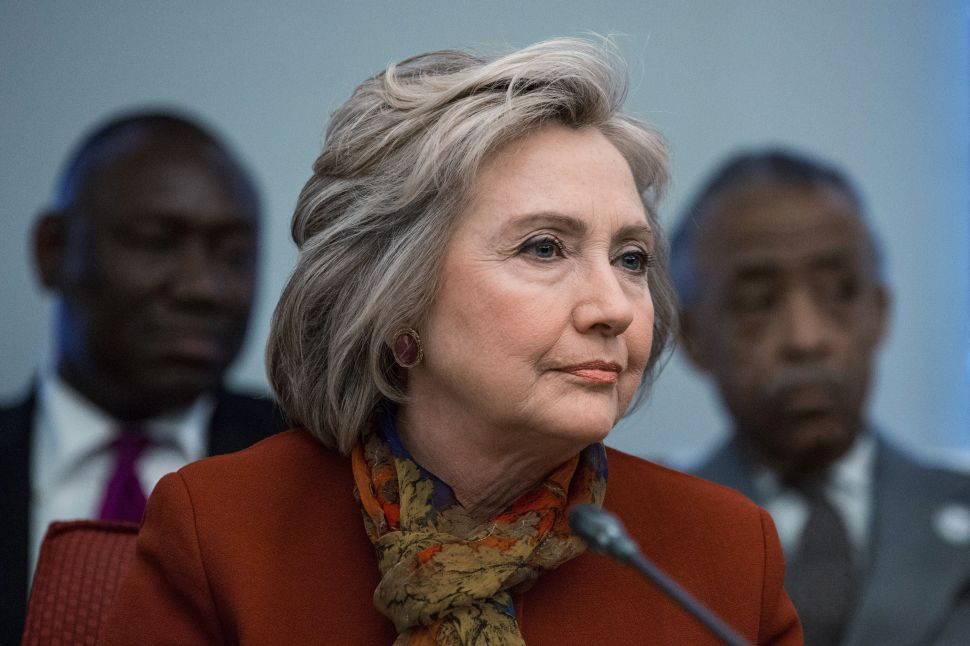