We all care about what others think of us and want to be liked (despite what rebellious 15-year-old you might have said). The basics of getting people to like you are obvious — be nice, be considerate, be a decent human being. Those things are all true. However, there are also many smaller, more discreet things you can do that can have a huge effect on how others perceive you.

Most of these tips are little techniques you can implement every day. They may seem insignificant or even silly, but give them a try and you might find yourself becoming exponentially more popular.

Let’s face it — we’re all huge narcissists and we all love the sound of our own name. Learn names and make use of them. Always use an individual’s name in a conversation. A classic from Dale Carnegie’s famous book How to Win Friends and Influence People, this tried-and-true technique is sure to increase your fan base.

Although we live in a digital age that increasingly substitutes technology for human interaction, we are still at our cores very social creatures. As humans, we use social interaction as a tool for feedback, and we make a lot of conscious and subconscious choices based on how others engage with and respond to us.

When someone offers a huge grin brimming with authenticity, happiness rubs off on its receivers. There have been many studies showing how mood, whether positive or negative, spreads between individuals. If your positive attitude brightens someone else’s day, that person will love you for it.

3. Listen (Not Just With Your Ears)

It’s probably a no-brainer that people will like you more if you listen to them. This starts with ignoring your Twitter feed while out to dinner with friends, but goes a lot further than that. You can show you’re listening to someone through body language (positioning your body to face someone and mirroring his or her stance), eye contact (giving plenty of it), and verbal confirmation (we’ll talk more about this next).

Most psychology books refer to this technique as “active listening.” Active listening revolves around demonstrating your listening skills by repeating segments of what an individual has said to you. For example:

While in text form this looks like a strange conversation, in speech this kind of dialogue can actually go a long way to make people like you more. It makes the other individual feel as though you really are paying attention. Plus, people love to hear their own words echoed back at them as it pats their egos a bit.

We’ve already discussed how important it is to show people that you’re listening to them. Snoring during a speech or getting a glazed look in your eyes doesn’t result in fast friends.

To really show someone you’ve been paying attention, try bringing up a topic that the person mentioned earlier. Did your co-worker talk about working with his son on a science fair project last week? Follow up and ask how it went. Did your friend say she was going to paint her kitchen a new color over the weekend? Ask how she likes the new color on Monday. They don’t have to be big, life-changing events. In fact, sometimes it says more that you can recall and show interest in even the small happenings in another person’s life.

As noted again by the famous self-improvement expert Dale Carnegie, individuals crave authentic appreciation. This is very different from empty flattery, which most people are adept at detecting. No one likes a brown-nose, and most people don’t particularly love being pandered to. What people really want is sincere appreciation — to be recognized and appreciated for their efforts.

In addition to giving people sincere appreciation, it’s also important to be generous with your praise. People love being praised, and is it any surprise? It feels great to be told you’ve performed a job well. When an individual does something right, say so. It won’t be forgotten.

In the same vein, while you want to be generous with your praise, be stingy with your criticism. People have delicate egos, and even a slight word of condemnation can wound someone’s pride. Of course correction will be necessary at times, but it should always have a purpose and be handled with care. If someone makes an error, don’t call that person out in front of a group. Be discreet, be delicate. Consider offering up a compliment sandwich — a deliciously effective strategy that involves dishing out praise before and after a criticism. For example:

That newsletter template you sent over looks great, good work. So it looks like there were a few numerical errors in that recent report you sent over — just be sure to double check those numbers. I also wanted to tell you to keep up the great stuff you’ve been posting in Facebook — I’ve been seeing a big boost in engagement.

Your goal should really be to get the other person to recognize the mistakes without you pointing them out. Even in the example above, you could simply say, “I saw a few numerical errors in that recent report you sent over,” and wait for a response. If the individual responds apologetically and promises to try harder, you don’t need to drive home the subject. Tell them not to worry, that you’re sure they’ll get the hang of it, and move on. The less finger-pointing, the better.

Another strategy for diplomatically dispensing corrections is to begin by discussing your own mistakes before digging into someone else’s errors. Ultimately, aim to be always gentle with criticism and only offer it when it’s truly needed.

No one enjoys being bossed around. So what do you do when you need something done? The truth is that you can get the same result from asking a question as you can by giving an order. The outcome may be the same, but the individual’s feeling and attitude can vary greatly depending on your approach.

People like to see character and authenticity. While classic business doctrine pushes the importance of an alpha male stance (shoulder back, chin up, strong handshake), it’s easy to go overboard and come off as fake.

Instead, try to be confident but respectful. Some cooperation experts suggest stepping toward a person and bending slightly forward when you’re introduced, in a gesture of a bow. These kinds of gestures can go a long way toward making people think more highly of you.

10. Become an Expert in Storytelling

People love a good story, and great stories require sophisticated storytellers. Storytelling is an art form that requires understanding of language and pacing. Master the fine oral tradition of storytelling and people will flock to you like you’re The Bard.

This one’s a bit tricky, and I hesitate to even mention it because obviously it needs to be done in a certain manner. This isn’t an invite to give shoulder rubs to your coworkers. However, it has been shown that very subtle physical touch makes individuals feel more connected to you. A great example is gently touching someone’s forearm (with your left hand) while shaking hands (with your right hand) — it’s a great way to finish up a conversation. Not everyone will feel comfortable with this strategy, and if it’s not for you, that’s fine.

Asking someone for advice is, somewhat surprisingly, a great strategy for getting people to like you. Asking for advice shows that you value the other individual’s opinion and demonstrates respect. Everyone likes to feel needed and important. When you make someone feel better about himself or herself, that person will most certainly end up liking you for it.

Let’s face it — most of us don’t like boring people. They are snores and horrifically uninteresting. Instead, we like the unusual, the unique, sometimes even the bizarre.

One great example of situations in which it’s important to avoid clichés is in interviews. Rather than parroting the “nice to meet you”s at the conclusion of an interview, add some kind of variation to make you memorable, even in a tiny way. Try something like “I’ve really enjoyed talking with you today” or “It’s been a real pleasure learning more about [insert company].” You don’t have to reinvent the wheel — just be yourself.

Asking other people questions — about their lives, their interests, their passions — is a surefire way to get brownie points in their friendship books. People are egocentric — they love to talk about themselves. If you’re asking questions and getting people to talk about themselves, they’ll leave the conversation thinking you’re the coolest. Even if the conversation didn’t really give the other person a reason to like you, he or she will think better of you subconsciously just for indulging this or her ego.

Larry Kim is the Founder of WordStream. You can connect with him on Twitter, Google+, Facebook, or LinkedIn. 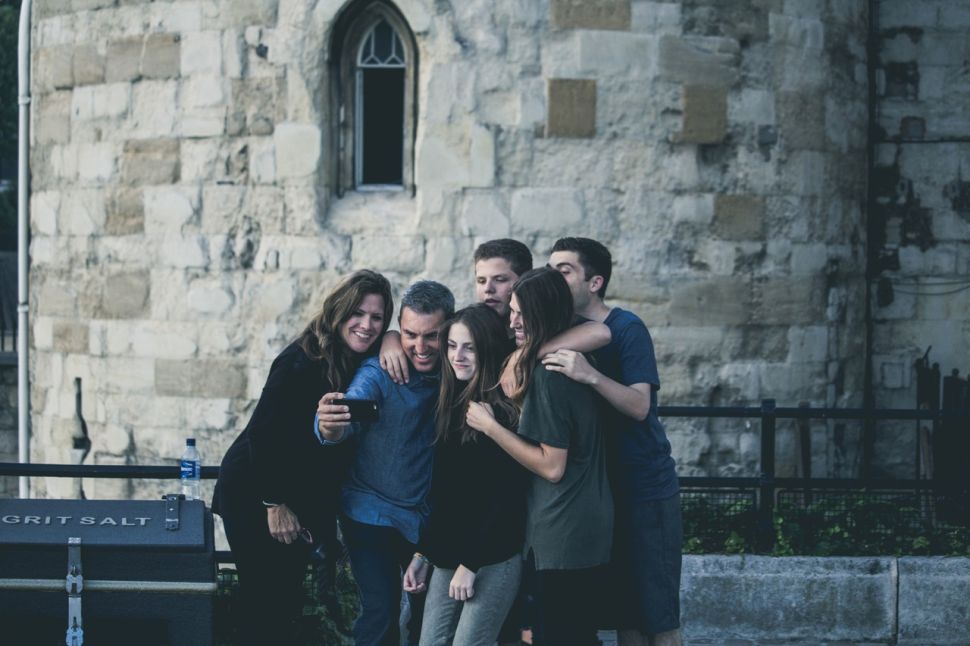