For those of you who are unfamiliar with him, Hsieh is the CEO of Zappos.com, a Customer Service company, that happens to be an eCommerce shoe and apparel retailer, based in Las Vegas. Zappos.com was purchased by Amazon.com in 2009 for $1.2 billion. In addition to running Zappos.com, Hsieh is also trying to rebuild Las Vegas, working on the Downtown Project in Las Vegas, Nevada. His goal is to build a community where local entrepreneurs can live and work. He’s also the author of NYT bestseller Delivering Happiness.

Hsieh is an unconventional business leader. He’s remarkably accomplished, but chooses to live in a trailer park with Marley, his pet Alpaca. He continues to transform customer service, implementing concepts like Holiday Helper hour, where everyone from the CEO downwards takes customer service calls over the holidays. Recently, he is experimenting with an Uber-like surge pricing model, to let his customer service team choose when to work, and compensate them for working the busiest hours.

Most notably, he embraces the concept of radical transparency, not only sharing his schedule, but even sharing his personal and company priorities with the world. This past April, he completely eliminated formal managers and titles by implementing the concept of Holocracy across the company(more on this below).

I studied his schedule from January 1st, 2015 to November 30th, 2015, and learned some interesting tidbits of information:

Obviously, everyone’s method of working is different. What works for Hsieh might not necessarily work for you. Here are some actionable suggestions that I learned from Hsieh to that could be used to boost your personal productivity.

How does he handle email?

Like most executives, Hsieh gets a lot of emails. On average, he receives at least 379 emails a day. To handle that volume, he developed a technique called Yesterbox to efficiently manage that inflow.

To use Yesterbox effectively, the goal is to clear your emails and eventually get to inbox zero. Hsieh claims to be able to go through 10 emails every 30 minutes, but the 2014 data suggests he realistically gets through around 9 per hour. Even though he spends 4 hours a day on email, he can only get to roughly 20% per cent of the emails he receives. His Chief of Staff Team helps triage and respond to the rest, with most of that being processed on Fridays and Saturdays according to the data below.

This data actually understates how many emails he actually gets, as it doesn’t account is the fact that Hsieh still does reply to emails that he receives which might require little time to delegate or reply to (e.g., a simple two-word email response or acknowledgement). This tweak to “Yesterbox” is also supported by Eric Schmidt and Jonathan Rosenberg at Google, in their book How Google Works:

Sending a quick response is better than sending no response at all, even if it’s an email that takes longer than 10 minutes to reply. Even if you don’t have time to type up an entire response at that moment, you should respond to acknowledge you got an email — even if it’s just, “Got it.” (a favourite of Googlers according to Eric and Jonathan).

Being responsive sets up a positive feedback loop. It encourages your team members to email you whenever there’s a question, because they know they’ll get a reply in a timely manner. Quick responses encourage your team to quickly check in because they know checking in with you won’t be an obstacle to their execution.

You reinforce their effort by responding quickly. Responsive managers enhance the organization by helping teams avoid common mistakes and making the most of past experience.

How I’ve applied the concepts

In my own form of Yesterbox, I use my email (the previous day’s inbox) and calendar as my to-do list. I also do my best to reply to emails when I’m on the go if they require only a few words, or could be delegated to someone else on my team to ensure a rapid cycle of communication. To execute on longer term tasks, I use my Calendar to track those activities.

In his book “High Output Management”, Andy Grove, Founder of Intel, advocates that “a manager should use his calendar as a “production” planning tool, taking a firm initiative to schedule work that is not time-critical.” (Brian Chesky, the CEO of AirBnB, claims this is the only management book anyone needs to read, so I’m very bullish on Andy Grove’s advice).

Combining the Yesterbox method with Andy Grove’s advice — my email inbox is what I use to manage my day-to-day activities, while my calendar is used to track proactive tasks, long-term projects and more intensive follow-up activities.

Before using email and my calendar as my to-do list, I tried basic pen and paper, to various to-do-list apps, but none of those tools work for me. Although they can be great organization tools, they don’t consider the time it takes to do tasks relative to how much time I have available in a day. This made it hard for me to forecast what tasks I could realistically complete.

The calendar adds the dimension of time and sense of urgency because I can create specific events. Going by Parkinson’s law, work expands to fill the time allocated for its completion. Urgency helps drive productivity.

Using my calendar, time is already blocked off for travel and meetings, making it very clear what I can commit to completing.

Another benefit to email and calendar: we already use them daily. It’s one less tool I need to switch to, limiting distractions as well as the learning curve of a new tool.

Overall, I’ve found adapting this habit to be worth the effort.

How does he manage people?

A lot of people pay lip service to the idea of transparency, but few properly execute on it. Be upfront about your business and let all levels of employees know what is happening within the company. Withholding information results in more questions and more emails, wasting valuable time.

Transparency starts in communication — which means, emails and meetings. Hsieh has a lot of meetings. He spends 24% of his work-week in in-person meetings (coincidentally, that’s also just under the 25% limit recommended by management guru Peter Drucker). This doesn’t account for meetings or conversations he has by phone, nor the prep-time required for important meetings such as all-hands, or quarterly business reviews.

On April 8, Hsieh mandated the use of Holocracy across the entire company. As a Zappos employee, if you chose not to adapt this new company structure by Hsieh’s deadline, you were offered a minimum of three months severance to leave the company.

Holacracy is a system that eliminates titles and managers Instead, it distributes power to everyone in the company. Decision makers are situational, based on who has the authority and expertise to make certain decisions. Transparency is a necessary byproduct of the principles of Holacracy.

While most companies most are not in a position to implement Holacracy overnight (it’s taken Zappos a few years to implement it company-wide), the general themes of empowering your team and embracing degrees of transparency could result in fewer hours spent in meetings and on emails. In comparing Zappos pre-Holocracy to post-Holocracy, there are some indications that transparency correlates with increased efficiencies.

When comparing Hsieh’s schedule in October & November in 2015 with October & November in 2014 (typically these months are the busiest time of year for a retailer getting ready for holidays), in 2015 Hsieh received 54% less emails, and worked 15% fewer hours a day compared to 2014. While we cannot fully attribute this decrease in workload due to the implementation of Holocracy, it’s one of the biggest changes in the company over that 12-month period.

In addition to greater personal and team efficiency, transparency is a great way to build trust and share information amongst employees. It’s useful for brainstorming ideas with employees, business partners, and the public.

If you want your team to be able to make the same decisions as you do, it starts by them having access to the same information you have access to.

Jack Dorsey, CEO of Square and Twitter, is dedicated to “responsible transparency,” the practice that strives to ensure all employees have access to discussions in meetings they didn’t attend.

Hsieh wants to implement “radical transparency.” Anything within their legal rights will be made transparent, only keeping confidential any Amazon information (their more secretive parent company) that is considered proprietary, as well as complying with the appropriate employee data guidelines.

In any given company, transparency helps people of all levels make better decisions, because everyone works on the same data, insights, and context. It also helps focus everyone’s minds on the work, instead of interpersonal issues as a result of opacity (e.g., “Why wasn’t I invited to the meeting?!”).

Dorsey says when workers can read what went on at the meeting, they realize they didn’t need to be there anyway, and they can get back to work.

Looking outside Zappos, there are a few other places you can look for inspiration on how to implement more transparency in your company:

We also have public calendars, so everyone can see who’s meeting with whom at any given time. I don’t like keeping my calendars separate, so even my personal, non-work activities, are public to our entire team.

Sometimes it takes proper timing, context and setup to share certain messages, so I’m not suggesting everything should be transparent for everycompany. However, I’d highly suggest defaulting your mindset to transparent-first (and making arguments for why things shouldn’t be transparent, instead of the other way around).

There are many things in the world out of your control, but running your company is not one of them. Build trust with your employees through timely responses and transparency.

They will appreciate you more and in turn, appreciate the company they work for. And, as Hsieh’s success with Zappos.com shows, that pays off big time.

Daniel Rodic is the co-Founder of Exact Media. 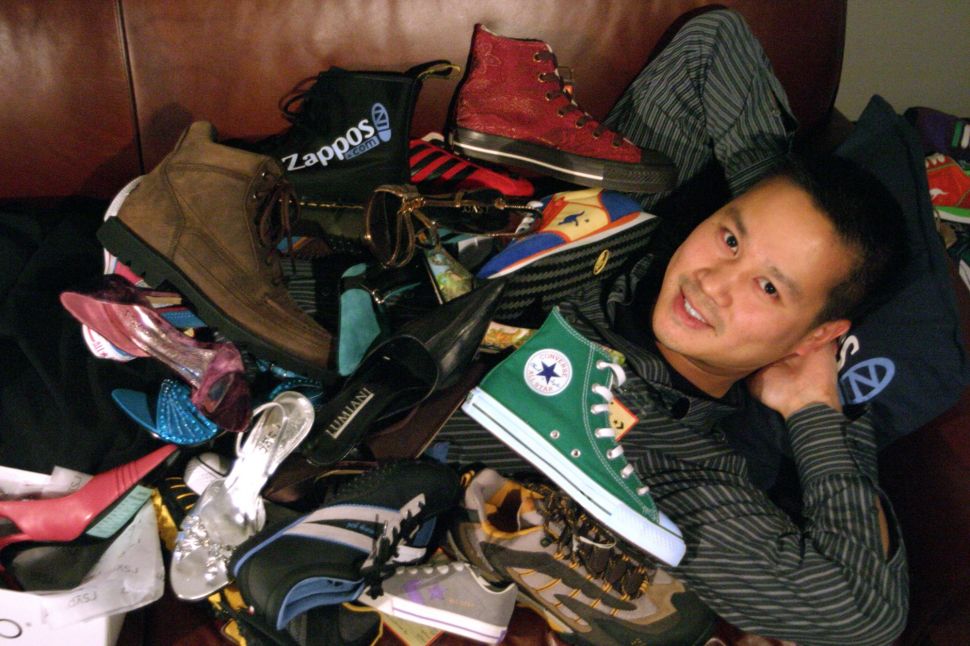