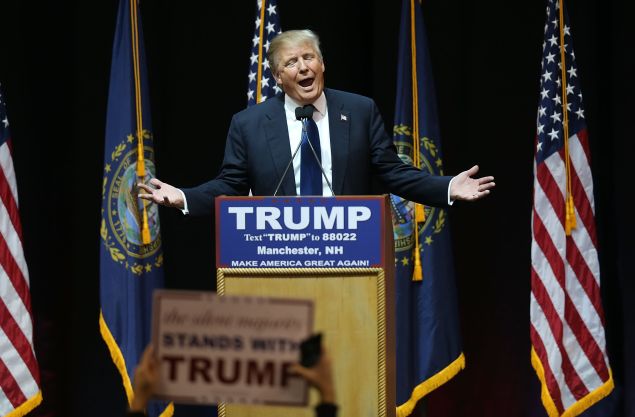 MANCHESTER, N.H.—Okay, the headline may be a little unfair.

Win or lose tomorrow in New Hampshire, the Donald will always be the Donald. He will remain a real estate tycoon, a celebrity, a billionaire who gleefully plasters his name on luxury high-rises and steaks alike. He will never stop telling America how much he wins.

“This is sort of our final level fest,” Mr. Trump told a crowd of several thousand at a campaign rally here tonight. “It’s been incredible.”

After taking a brief respite, the old bombastic Trump returned, entertaining supporters who braved a snowstorm to reach the arena in downtown Manchester. He invited his wife and daughter on stage. After a supporter called a top rival, Sen. Ted Cruz of Texas, a “pussy,” Mr. Trump repeated the line out loud, into his microphone.

New Hampshire will be a vital testing ground for Donald Trump the presidential candidate, and where the rubber really hits the snow and ice-covered road. Can he win something other than a poll?

It can be argued pundits were unfair to Mr. Trump in Iowa. He, along with the media who obsessively devour unreliable polls, built expectations nothing short of titanic. As a novice candidate with little in the way of a field operation, he came in second behind Mr. Cruz, who appeared to have the very best get-out-the-vote machine on either side of the aisle. He still beat Sen. Marco Rubio of Florida, he of the “strong” third finish.

Every poll for the past six months or so has shown Mr. Trump leading the Republican field here by leaps and bounds. This may ultimately be a problem for the mogul: many Granite State voters, able to participate in either primary, are late-deciders and the polls could be wildly off. A win may not even be enough for Mr. Trump anymore. If someone like Mr. Rubio, a formidable candidate still despite his widely-mocked debate performance on Saturday, comes in a close second, the man who always wins will have lost or come close to losing two consecutive states.

Two losses, and it may be the beginning of the end of the Trump campaign.

Mr. Trump was plenty aware of the stakes tonight. “Tomorrow you have to get out and you have to vote no matter what. I say it all the time. If you’re sick, if you’re really like you can’t move, you’re close to death, your doctor tells you it’s not working, your wife is disgusted with you … I don’t give a damn, you gotta get out to vote,” he said.

There’s a degree of artifice to this, of course. New Hampshire and Iowa are only worth 53 delegates combined and much larger states in the South will soon weigh in, potentially tilting the contest in a very different direction. Mr. Trump could run the table down there. If he wants to spend a serious amount of his fortune, he can stick around as long as he wants.

His problem is that he has been living by the sword of great expectations, which promises a windfall of free media, and he may die by this same sword. His candidacy always had limitations—his violation of Republican orthodoxies, his love of the insult, his reliance on the sort of voters who don’t always vote—which were slowly forgotten as poll after poll before Iowa showed him on top. These limitations will become far more glaring if he stumbles tomorrow, and cable television will devote increasing amounts of coverage to his rivals.

Standing in the Verizon Wireless Arena, as Mr. Trump accomplished his usual trick of whipping a crowd into a frenzy—like a puppeteer, he can make his fans cheer, laugh or boo practically on command—it was hard to fathom this reality. What would a diminished Donald Trump look like? How could these sui generis stump speeches go on?

For all his typical swagger, Mr. Trump seemed aware of this looming alternate reality. He was not Joe Namath guaranteeing a victory. He was more, well, like the hedging politician he so often belittles.

“Who the hell knows what the lead is?” he mused. “You have some snow, it looks like it’s gonna stop. It’s so important. We have something so special going on. You have to go out, you have to vote, we have to celebrate tomorrow evening.” 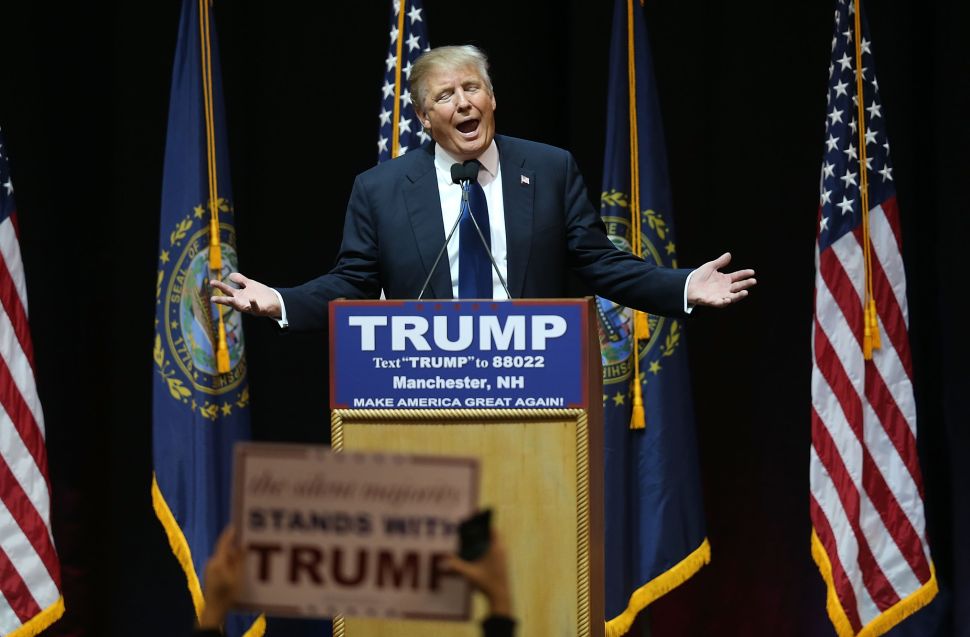