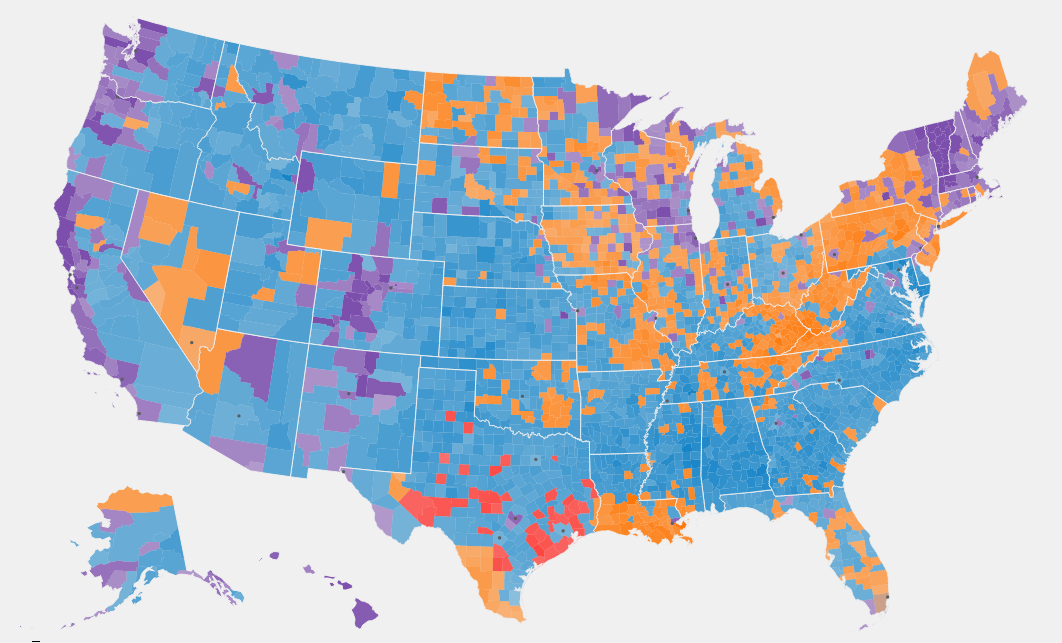 What if we decided to do away with the whole voting thing and just used Facebook likes to determine the next president? That would be a really messed up process (certainly not the political revolution Bernie Sanders had in mind), but it’d be interesting for sure.

Facebook recently teamed up with FiveThirtyEight to see how this would pan out, and the results reveal that Facebook’s winner is an unlikely candidate. Check out the interactive map, in which you can see which candidates lead where and who’s winning the whole country in terms of likes.

When you zoom in to look at specific regions, states and cities there are some other interesting insights. For example, we all know that Bernie Sanders is a hit with millennial college students, and the map shows this even applies to red states, where he even leads top GOP contenders around colleges. And while Donald Trump and Hillary Clinton are both based in New York, they’re appealing to different regions.

Of course, this look at Facebook likes is just for fun and not accurate at all. For one, only 58 percent of American adults use Facebook and they are disproportionately young, low-income and female, according to a study by the Pew Research Center. The sample is further skewed by the fact that not everyone likes their preferred candidate on Facebook, and many people like and follow candidates they wouldn’t vote for just because of their interest in what they have to say and the race in general.

A while back, the Observer took a look at how the candidates’ Twitter followings compared to their poll numbers, and there were some surprises on that front as well. 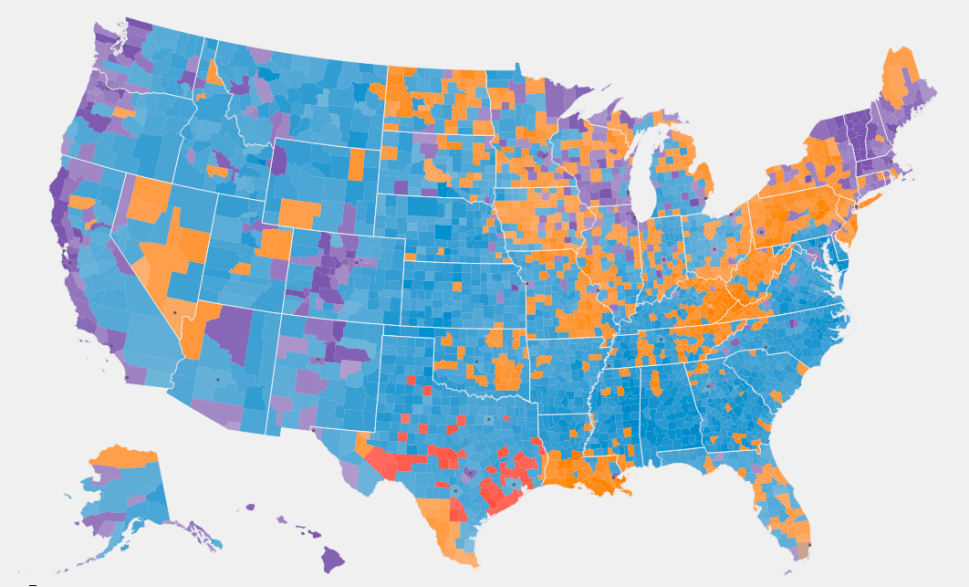