Since 2009, the Democratic Party has lost 69 House seats, 13 Senate seats, over 900 state legislative seats and 12 governorships. Although most presidents’ political parties suffer losses in Congress, Republican gains under Barack Obama’s administration have been unprecedented. After the 2014 midterm elections, Democrats suffered so dramatically that the Democratic National Committee organized a task force to review how the party connects their core values with voters. While the rise of anti-establishment candidate Bernie Sanders should serve as a wake-up call, the Democratic establishment has not embraced his candidacy as a means to re-energize their voter base. Instead, leaders of the Party have fallen in line behind Hillary Clinton, who only further alienates the types of voters they should be courting.

Such anti-establishment sentiments are epitomized by Donald Trump’s successful emergence as frontrunner for the Republican presidential nomination, and Mr. Sanders’ emergence as a viable contender for the Democratic nomination. As former Secretary of Labor Robert Reich recently wrote, these candidates are a symptom of rebellion, not the cause of it.

“The establishment is having conniptions. They call Trump whacky and Sanders irresponsible. They charge that Trump’s isolationism and Bernie’s ambitious government programs will stymie economic growth,” Mr. Reich said. “The establishment doesn’t get that most Americans couldn’t care less about economic growth because for years they’ve got few of its benefits, while suffering most of its burdens in the forms of lost jobs and lower wages.”

Mr. Reich continued, arguing that—with respect to Mr. Trump and Mr. Sanders—no matter the results of the 2016 presidential primaries, revolt against the establishment will persist until meaningful reforms are enacted, or those in power are replaced by others more willing to make the changes Americans demand. Such demands won’t stop if Hillary Clinton wins the Democratic nomination—but will undoubtably result in Mr. Trump winning the presidency.

Although Ms. Clinton has adopted much of Mr. Sanders’ platform, she has also smeared his ambitions as unrealistic, expensive pipe dreams that could never be enacted into legislation. And despite embracing many of Mr. Sanders’ proposals, she is still the establishment backed candidate—and because of that, many Sanders supporters will never vote for Ms. Clinton. The growing Bernie or Bust movement can attest to the fact that Mr. Sanders’ supporters are pledging in vast numbers to only vote for him.

The failure of the Democratic establishment to embrace Mr. Sanders’ candidacy—instead of treating it as an inconvenient obstacle in the way of Ms. Clinton’s coronation—will likely spell disaster for the Party in 2016. The Republicans, though at times abrasive with Mr. Trump, at least offer voters alternatives. The Democratic Party offered only unknown outsiders, never considering a candidate like Bernie Sanders could actually challenge Ms. Clinton.

Many Sanders supporters who feel slighted by the Democratic Party for not providing their candidate with a fair and balanced shot at the presidential nomination will either vote for Mr. Trump, write-in Bernie Sanders or not show up to the polls. Their resentment will further fester if the DNC doesn’t truly embrace meaningful reforms to campaign finance, Wall Street, income inequality and racial justice.

Americans have made it abundantly clear this election cycle that the status quo is no longer acceptable. Donald Trump is on his way to securing the GOP presidential nomination after three consecutive wins in New Hampshire, South Carolina and Nevada. As polls show Mr. Trump defeating Ms. Clinton in a general election, the Democratic Party—for the sake of their livelihood—may want to reconsider how they’re gambling. 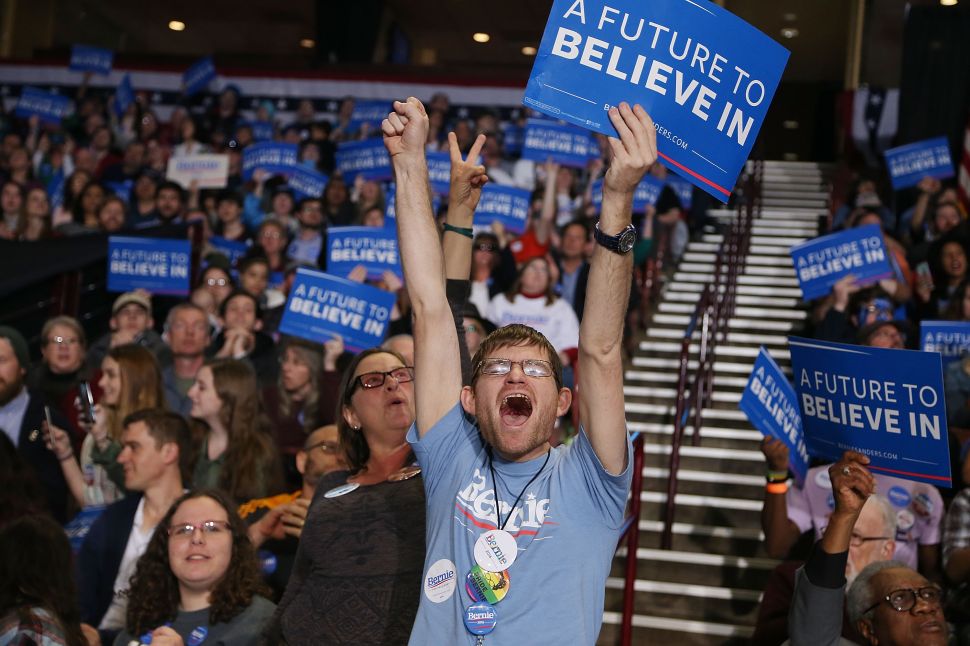