In recent years we’ve all encountered men’s rights activism (MRA) in some form or another—from caustic online commenters, to the full-on harassers of 4chan, to the recent firestorm surrounding Asheville, N.C., coffee shop owner Jared Rutledge, who wrote blog posts critiquing the bodies of women he’d slept with. (He even kept an Excel spreadsheet.)

I was filled with disgust while reading about Mr. Rutledge, but also curious about the “manosphere,” as some participants have termed it, where he spent much of his time and which is purportedly centered on the subreddit Theredpill. I was prepared for the worst, and my while I won’t go into the details of my feminist cred, it’s significant—so imagine my surprise when I found myself sympathetic to many of the concerns, thoughts and needs expressed there.

Inarguably, gender roles have been upended in recent years—women now attain more higher education than men and college-educated single, childless women in metro areas make 8 percent more money than their male counterparts. In the confusion that has ensued, women worry about our reproductive choices and changing gender roles and how both will affect our careers, romantic lives and the lives of our children, if we have them.

One thing we probably haven’t thought about is how the tumult has made men feel. (Having said that, just because it’s an adjustment for men, doesn’t mean that what came before was equitable or reasonable.)

So perhaps it makes sense that the majority of what I found in the mainstream “manosphere” was actually just young men discussing and negotiating their lives. They expressed curiosity about everything—from how to dress, to how to feel masculine without offending women, to who should pay on a date—perhaps because, as has been noted repeatedly, men don’t have the emotionally close friendships women do.

On “TRP,” as they call it (a reference to The Matrix that you just have to swallow, as it were) men were telling one another that it’s O.K. to be rejected, that things get better, advising one another to read, to cultivate interests, to work out and eat healthy and care about themselves—the kind of things we see in media aimed at women every day. But it’s advice almost anyone can use.

Of course, there’s plenty of misogynist claptrap in this little (but growing) world, too. However, at their core, most posts on TRP either seek or provide practical advice. For instance, on a recent thread, one man worried he’d been exposed to HPV. Others responded linking to studies that show he probably doesn’t need to worry—or be mad at women—because the virus usually clears up on its own. It’s the kind of exchange women have in, say, the comments section of a Jezebel article.

Of course, a lot of the advice on TRP is framed in a way where it’s supposed to help men get laid. But it’s hard to get angry about a board devoted to emotionally manipulating women into sex when Cosmopolitan publishes “7 Ways to Make Him Ache for You.”

What sickens some about these men’s approach to women is the use of economic jargon with regard to “game.” But again, that’s a way of thinking that women can be just as guilty of. The other week I told a girlfriend, on the topic of men in my life, that I was “optioning a bunch of scripts, but not sure what film I want to produce.” Not so different from what a TRP Redditor would call “spinning plates”—keeping a cadre of women on hand without commitment.

In the end, my deep dive into the MRA Reddit wasn’t a hate read—it was elucidating. Perhaps the movement—something so hateful on its face—could actually help the sexes work out their difficulties? I’m not sure, but in the meantime, I’m going to go work out, cultivate my interests and take care of myself. 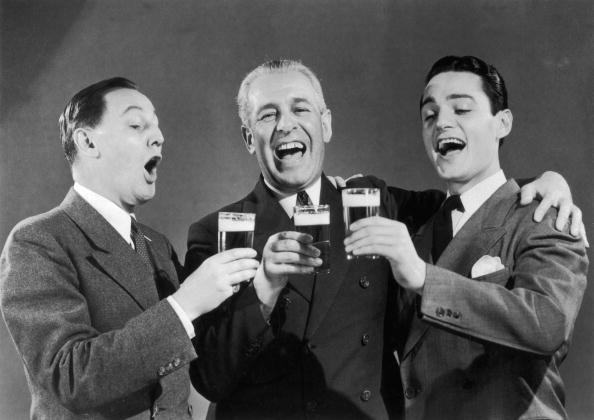