It sure does pay to be pretty.

In case you weren’t yet jealous enough of supermodel Irina Shayk and what can only be described as her very charmed life, she now has a brand-new, $6.08 million West Village condo which is a decided upgrade from her last place.

The Sports Illustrated model has purchased a two-bedroom, 2.5-bathroom abode at the Witkoff Group-developed 150 Charles. This explains a bit more about why she decided to list her loft at 166 Perry Street in December for $3.9 million. She’s not moving too far, though–just a few short blocks away, so the people of the West Village may still be able to catch a glimpse of the supermodel using the cobblestone streets as her catwalk–if you’re lucky.

Of course, perhaps she had other reasons for letting go of her Perry Street loft–she purchased it when she was dating Real Madrid soccer star Cristiano Ronaldo. Now that she’s dating Bradley Cooper (rough life), a new setting also may have appealed.

Her new, 1,987-square-foot pad is, according to the listing by Douglas Elliman, the only two-bedroom residence in the building with a private 452-square-foot terrace. It also has a “grand entry gallery,” great room, and a dining room that is open to a “windowed gourmet kitchen.” And while for the normal people, apartment hunting in the city can often consist of one micro-sized unit after another, trailing after a broker, Ms. Shayk was able to do her condo shopping alongside Bradley Cooper.

This does sound like quite a nice way to celebrate the end of Fashion Week, as well as her most recent appearance in Sports Illustrated–it was her tenth appearance; the Russian-born model first graced the pages of the magazine in 2007. On a slightly (or entirely) unrelated note, per the magazine, Ms. Shayk is also a classically trained pianist. Perhaps she’ll have room for one in her new condo.

Of course, she’s not the only musically gifted new resident at 150 Charles–Jon Bon Jovi picked up a $12.88 million ten-room spread in the building last September. Who knows, perhaps the two will run into each other at the building’s private 75-foot lap pool. 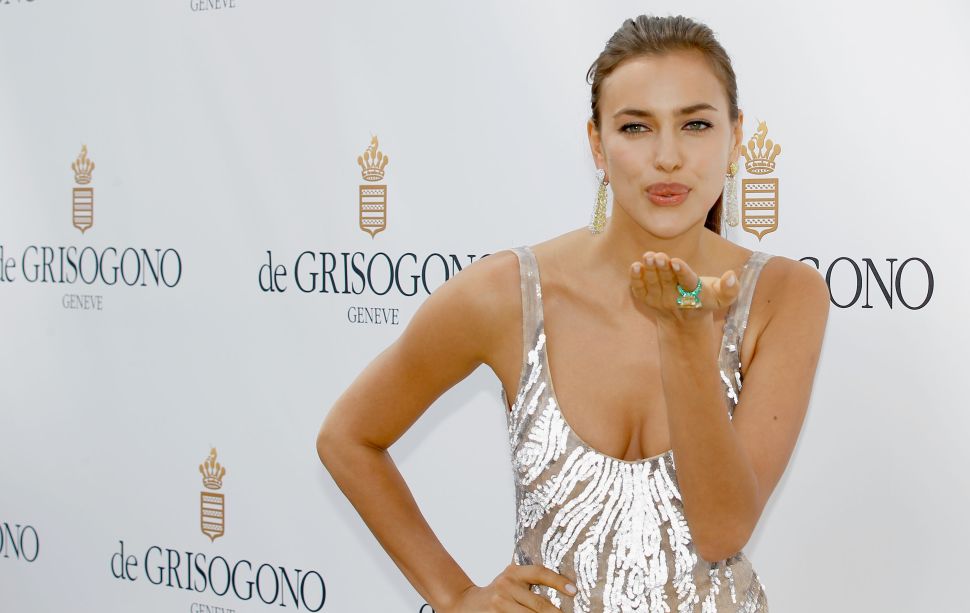