Jeffrey Toobin’s coverage of the O.J. Simpson trial for The New Yorker helped transform the case from a Los Angeles celebrity media story to a country-dividing phenomenon, coverage that eventually became his definitive book on the events: The Run of His Life: The People v. O.J. Simpson. Last night, American Horror Story creator Ryan Murphy debuted his take on that very same book with The People vs. O.J. Simpson: American Crime Story. Mr. Toobin, for his part, serves as creative consultant on the mini-series (also, spoilers, “Jeffrey Toobin” eventually shows up as a character played by Chris Conner). But what exactly does a creative consultant do?

The answer, according to Mr. Toobin, mostly involved reminding the directors the 1990s were a very, very different time.

“I didn’t even have a cell phone! There was no internet. The internet did not exist. I didn’t have email,” Mr. Toobin told the Observer. “It was just a different world.”

Mr. Toobin recalls a specific day on the American Crime Story set, in which he mentioned to director Anthony Hemingway the phrase “Colombian neck tie” coming up in the court room, a phrase then unfamiliar to the New Yorker crime writer.

“Anthony, very innocently, asked ‘Well, did you Google it?'” Mr. Toobin laughed. “I said, “Yeah, sure, I put a quarter in the pay phone, called directory assistance, and asked for a company that hadn’t been invented yet.”

But, looking back now from a world where true-crime like Netflix’s Making a Murderer has set the internet on fire, Mr. Toobin believes it was this mystery, this disconnect, that made O.J. Simpson’s murder trial into the cultural touchstone it is.

“It was before MSNBC. It was before FOX News. The only cable news was CNN and Court TV, both of which showed it around the clock,” he said. “The O.J. trial was just ubiquitous in a way that something just could not be ubiquitous today.” 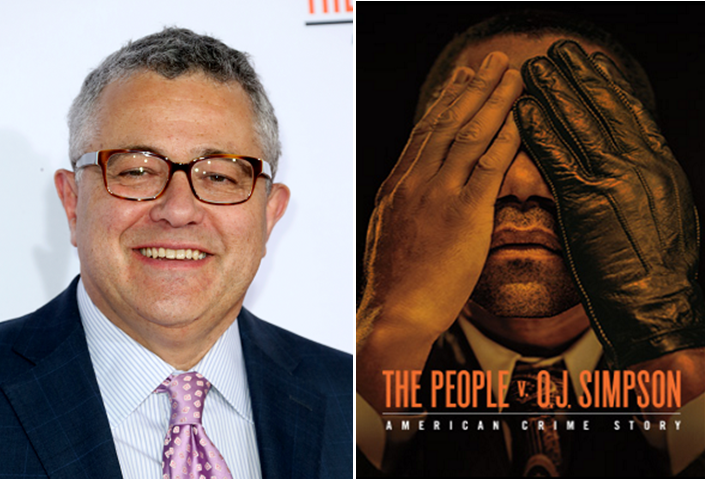