New York University student Matīss Kaža, with the help of several classmates, has started a Kickstarter campaign to fund his film One Ticket Please, which tells the story of 77-year-old theater lover Nicki Cochrane. A native of India who now lives in Queens, Ms. Cochrane sees up to 11 live shows a week, everywhere from Broadway houses to small black box theaters. Mr. Kaža met and befriended her when he sat next to her at a play.

When she can’t get a discount or comp ticket at the box office, Ms. Cochrane stands outside the theater holding a sign that reads “One Ticket Please,” complete with smiley face. More often than not, she is successful in her quest to get into the show. As she puts it in the film’s trailer, “Theater is my first priority, and that is my real nourishment…I believe I see more theater than any other human being in the universe.”

On the surface this may seem like a heartwarming story—and much of the media coverage about the film has treated it as such.

But in reality many members of the New York theater community detest Ms. Cochrane and her schemes to see shows at little to no cost, and they have been making their feelings known since the crowdfunding campaign began last week. Writer Danny Bowes went on an extended tweetstorm detailing her repeated attempts to sneak into shows when he was working the box office.

These more critical takes have also started finding their way into the positive press coverage around One Ticket Please.  A Metro New York article about the film has 15 comments, each one of which pokes a hole in Ms. Cochrane’s persona as a sweet, harmless old lady.

One of these commenters expanded on his feelings for the Observer. John C. Hume, the general manager of Off Broadway’s Classic Stage Company, said in an email that his interactions with Ms. Cochrane have been characterized by rudeness and entitlement, calling her “a thorn in the side to many in this industry.”

“She is in essence trying to scheme her way in at no cost,” Mr. Hume said. “It is incredible. And infuriating.”

While the filmmakers’ pitch makes passing mention of how Ms. Cochrane has been banned from certain venues, its rosy tone largely glosses over it. The campaign video (the only part of the film made public so far) is decidedly upbeat, which is common for Kickstarter but which Mr. Hume feared would obscure Ms. Cochrane’s full story.

“Had an innovative student filmmaker approached me and said ‘We are making a film about a notoriously impossible and unpleasant theater-goer to help expose her as the ridiculous and somewhat sad character she is,’ you can rest assured I would have donated to that cause,” Mr. Hume said.

Because of his strong feelings, Mr. Hume asked to meet with the filmmakers to make sure the theater industry’s perspective was represented in the film.

“There are two sides to every story, and both are worth telling,” Mr. Hume said. “My meeting is, I hope, a step towards making sure that happens. If it does then I think the film, and those that have supported it, will have accomplished something worthwhile.”

Mr. Kaža seemingly wants to include people critical of Ms. Cochrane, like Mr. Hume, in One Ticket Please—in a statement to the Observer, he said he was now “specifically looking for New York theater employees who would be willing to share their experiences with Nicki on camera.” 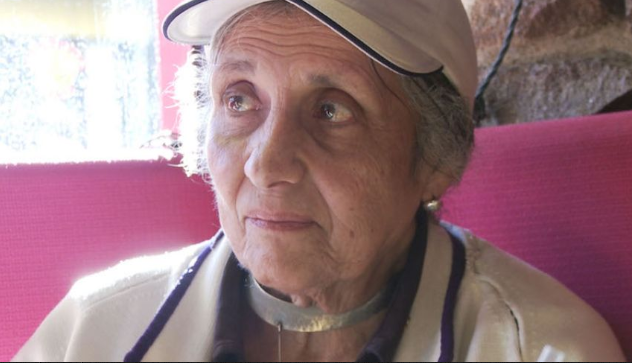