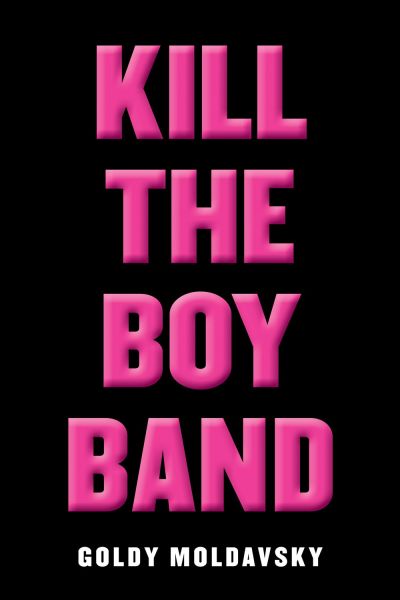 Goldy Moldavsky isn’t afraid of being a super-fan. In fact, in her debut novel Kill the Boy Band (Scholastic, 2016), Moldavsky shows that it’s the objects of fandom that really should be scared. Kill the Boy Band turns the table on the traditional tween fangirl/ boyband relationship by showing the lengths some will go to meet their idols…and what happens when their idols don’t live up to expectations. It’s a dark and deeply funny look at fan culture–Misery for the Belieber generation– which is something we here at tvDownload care a lot about. In honor of Kill the Boy Band’s release today, we talked to Ms. Moldavsky about her own history of fanatic fandom.

Goldy Moldavsky: I was looking to write something funny and dark. I was dead-set on doing that. I was looking around for ideas, and one day I watched this documentary online about fangirls of a boyband. I thought it was really interesting that they were focusing on the fangirls rather than the boy band themselves. And the things these fan girls were saying were so out there and outrageous. It was really funny, if taken seriously, because the things they were talking about the things they would do to anyone who got between them and the boys. Just the fervor for these boys are unbelievable. They were talking about what they would do to a certain girlfriend of one of the boys, they really didn’t like her; I thought they could really get violent, if they were serious about this. I thought that was kind of perfect for a dark and funny look at girls.

Observer: Were you obsessed with any band like this when you were a tween?

GM: Well, I wouldn’t say “obsessed,” like some of my friends…but I was still a teenager in New York when these bands would come into town, so me and my friends would go see them.

Observer: Are we talking New Kids here, or…?

GM: I stood in line with some friends to get Alesso’s autograph, when there was still record stores out there for people to do signings. I waited with a friend outside the Today show when NSYNC was there. It was weird, because I wasn’t a huge fan of theirs. I would make fun of my friends for being obsessed with J.C. and Justin, but I’d still go out and see them.

I was swept up in the wave of boyband fandom.

Observer: The book takes an updated look at that fandom community, with its characters being savvy on social media and using it to track the whereabouts of their obsessions. It reminded me of how we hear these One Direction fans being.

GM: Well, I love going on those pop culture news sites, and inevitably there would always be stuff about One Direction or 5 Seconds of Summer…all those boy bands. Just the news stories that would pop up were uniquely interesting. There were these stories about what girls would just for Justin Bieber, and how he would reject them. The stories were often about how nasty these boys would end up being to their fans. I culled a lot of information for the book from these pop culture websites. I didn’t have to do much research, since I was just on those sites anyway.

Observer: What I love about this book is that it’s YA, but it’s pretty unequivocally about a murder. It starts with that: there’s a guy from a boyband murdered, and the protagonist and her friends–the fans–are the main suspects.

GM: I hate to say it, but the murder was important to me. Because it had to be extreme. I’m sad I couldn’t murder MORE people in the book.

Observer: Another great theme you play with is how much power these young girls have when they come out in full force. They’re not quite a threat to national security…but they aren’t far from it. We’re used to thinking of young girls as powerless, but galvanized en masse, they are actually quite terrifying.

Not that it’s only limited to music…TV is obviously a huge one for us. I heard you were a Buffy the Vampire Slayer devotee.

GM: That was absolutely the first show I was obsessed with. To the point where my classmates and friends were totally weirded out. I would come in to class on Wednesdays and be like “You guys! Buffy was so awesome!” I would ask them to test me on my knowledge of Buffy, because I was that big of a nerd.

There’s always a moment when your favorite show ends when you’re like “Am I ever going to love another show this much again?” But inevitably, there always is.

GM: This is going to be disappoint you, but I was a big Riley* fan.

GM: I’m probably the only known Riley fan on record.

Observer: If you searched all of Buffy fandom, you might find ONE Riley erotica, somewhere. Not even Oz?? Riley? I mean, you had to wait a long time then, to find somebody you liked on that show.

GM: Well, I was a big canon-shipper, so I was really into whoever she was with at the time. But then Riley came along and he was normal and not a vampire. I think Buffy deserved a normal love story.

Observer: So how did your own personal fandom manifest? Did you write stories? Draw slash fic?

GM: It was really my gateway to the Internet. My sister was doing chatrooms, which were big at the time, but I wasn’t into that at all. But then I heard about fanfic and I heard about spoilers. I was like “YES! I’m going to go on the Internet and read spoilers!” I was reading the earliest GeoCities.

Observer: But you WANTED to read spoilers?

GM: I was just amazed at the information! I was a real glutton for info about my favorite shows.

Observer: Did you ever take this into the physical realm? Try to meet any cast members?

GM: Oh yeah, sure. Like I said before, I was a crazy fangirl in New York. I got a lot of tips from my older sister, who was really into Enrique Iglesias and had a lot of friends and contacts. She actually gave me a bunch of tips, so if any of the cast were on TRL or something, I would show up at MTV and get a picture with them.

I met Sarah Michelle Gellar. I remember standing outside The Late Show with David Letterman with a friend…we knew that guests went out the side door, so we waited there and got a bunch of pictures.  I met Alyson Hannigan, and got a picture with her.

Observer: Were you ever able to capture that intense feeling of fandom, post-Buffy?

GM: I’m happy to say yes. There’s always a moment when your favorite show ends when you’re like “Am I ever going to love another show this much again?” But inevitably, there always is.

I got really into Lost.

Observer: Our associate editor Vinnie is such a super fan of Lost that his Twitter bio says he’ll fight anyone who didn’t like the finale.

Observer: But that’s just part of the fandom experience, right? That people outside it don’t understand what it’s like.

GM: Yeah, I remember people just looking at me really weirdly. I’d go to Blockbuster and browse; I would know everything about the movies and about pop culture in general. Everything about the actors, what the critics said about it, everything. And my friends would just look at me like, “Get a life.” Like I’m a weirdo here.

I’ve come to realize it’s totally cool to be obsessed with things.

I’ve come to realize it’s totally cool to be obsessed with things. In writing this book, I would just ask myself where that passion comes from, and where that love comes from. “Why do you love something so much?”

Goldy: Fuller House, honestly. I can’t wait to see it.

Kill the Boy Band is available for purchase here, here and here. Check out Goldymoldavsky.com for more information on the author, or find her at @GoldyWrites on Twitter.

*Riley, for those of you who don’t have the Buffy canon memorized, was Riley Finn (Marc Blucas), Buffy’s T.A. in the fourth season where she goes to college. He is revealed to be a drugged-up super-soldier working for a government group called The Initiative, which captures vampires and supernatural beings for research purposes. Think Will Simpson from Jessica Jones, but like WAY less of a douchebag. 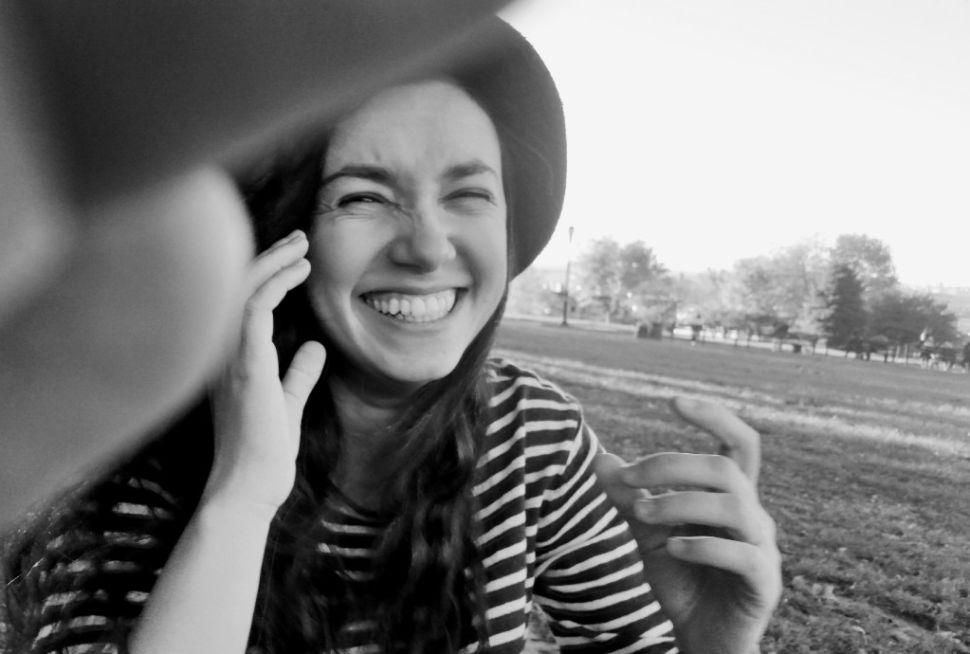