There were mp3 players before there was an iPod and there were e-books before there was a Kindle, but the iPod made the market for digital music real and the Kindle did the same for digital books. For whatever reason, it took each of those devices to crystallize each space. The Kindle showed up six years later after the iPod, so maybe it makes sense that the publishing world is still basically in denial that the future isn’t analog.

The Observer has been covering the tug-of-war between print and digital books, but rather than simply look at the macro sales news, we decided to reach out to some of the authors who are doing quite well selling e-books independently.

We’re beginning with Kristen Ashley. She has dozens of books, and she admits she has a tendency to jump genres. It’s not exactly a proxy for sales, but most of her books have hundreds of reviews on Amazon. On the site, her most reviewed book, The Will, ranks 16 in erotica and 45 in romance, as of this writing, and she’s had books like Rock Chick Revolution and Own The Wind attain spots on The New York Times bestseller lists.

She has an audience. In fact, it’s earned her enough market clout that she’s even had print deals that got her books into Wal-Mart. It’s tough to get much more populist in the world of commerce (though we’ll talk about that). She’s doing well enough with her writing that her business is really focused on writing. She doesn’t make side incomes with events or tours or teaching classes at the local college. Writing stories is her most valuable use of time, which is not something every writer can say.

So we got her on the phone recently to talk about the e-book business today. Here’s what she had to say (this interview has been edited and condensed):

Big picture: what’s your take on the world of publishing right now?

I would say that about two months ago I had a very definite take about where things were going, especially with digital publishing, thinking that that was going to take over the world. I’ve been reading quite a bit on how print is making a resurgence, which is is a little bit shocking.

One thing I’ve learned in this industry, especially now with the independent writers making their mark, it can change daily, you never really know how things are going to flow. That’s exciting. I do think things are on the cusp of major change. At least as a person on the creative side of things, I hope they are. I can independently publish books digitally and make much higher royalties than I can at a traditional publisher. So, I think, I hope, there’s going to be some major boat rocking really soon.

As we’ve looked into it, it has seemed like the print resurgence has come in part from publishers jacking up their prices so much on e-books.

I’m very fortunate. I started independently, and I was kind of an overnight sensation, and got a very large fan base in a very short period of time. And it continues to grow steadily now, and they are extremely loyal. I have a philosphy that, with my e-books I don’t need a warehouse or distributor, so I don’t think e-books should be as expensive as print books. So I set my e-book prices at $3.99. And when I did work with traditional publishers, they were forced to stay at that price.

I have author friends who struggle to sell e-books because their e-books are priced the same as their print books. My print sales are abysmal. My e-book sales are through the roof, because it’s fair and it’s affordable.

You have to look at everything and have more knowledge when you’re seeing these numbers. For example, the business has been talking about how romance sales are down. Well, 50 Shades came out, and 50 Shades has skewed the numbers.

What was your break out book?

My breakout book was Sweet Dreams.

I have kind of a weird story. Like everybody, I got rejected by every publisher and agent I submitted to, but I didn’t quit writing. So I kept writing for fifteen years. So when I decided to self publish, I had 25 books either written or mostly written. So I just started publishing. And I know it seemed crazy but I published one after another after another. I would publish three or four books a month.

So the first one that was picked up by a major blogger, that was Sweet Dreams.

‘I’m all about my readers, and if they want to make a buck off their digital book, it’s their book. They bought it.’

Can you talk to me about your revenue streams? How does your income break down?

My revenue is mostly e-books. The top is Kindle Direct Publishing. With Smashwords being after that. My books do Kobo and Barnes and Noble and the libraries through Smashwords.

I just started to get into audiobooks. I would say my audiobooks are neck and neck with Smashwords.

Then I do merchandising. I sell signed books, mugs, bumper stickers and stuff like that. I would say my merchandising makes more money than I make with print sales.

I have three series through a traditional publisher. My royalties come in very infrequently, but I do well with that. I would say it is roughly on par with Smashwords. Most of my money comes from Amazon.

I have one bonus chapter in a Wal-Mart edition of one of my books.  I can’t really tell you who had the idea, but the goal was to drive people to Wal-Mart, obviously. Life is a risk and this business is definitely a risk, so I went for it. I will say that I didn’t feel that was a super popular thing to do. It’s mostly because there are people who actually don’t live close to a Wal-Mart. I have a global readership, and not everyone lives near a Wal-Mart, and those fans were not getting that material.

The good thing was it was an exclusive for a period of time, and then I can make it free and downloadable on my website.

All my other bonus material is done as a thank you to my readers. I put together a very short story about characters that were very popular. It’s not like a continuation of a story. It’s a little story.

Which of your books most reflects where you want to go as an author?

That’s a really interesting question, but I don’t really assess my writing very much. My stories come to me, and I go with them. I have eight books running in my head right now that want to be written, and I just go with that. My readers don’t know where I’m going to go next, and I don’t either.

A lot of writers struggle to find time just to write, but you’ve also got to manage print, audio and publishing partners. How does your time work out, and is there anything out there that isn’t obvious? Do you use technology, tools or people that helps you be a writer and a business?

I think if you’re going to be going independent, you have to be all in. I haven’t had a proper vacation in I would say nine years. And that’s not an exaggeration. I used to work 14 to 16 hours a day, seven days a week. I barely ate, I would just work. That’s not a complaint; this was my dream.

Now that there’s a foundation under this, I’m cutting back. I take a day off of work per week.

‘I have author friends who struggle to sell e-books because their e-books are priced the same as their print books.’

And I think it’s important to note if you get a traditional publisher after being indie, you’re not going to sit back and have a martini. They are going to expect you to work. They are not going to take a lot of that work off of you.

One real difference between digital and print is that you can’t resell digital books. There’s talk of technology that could make it possible for a person to own and resell digital property, in a way that they could even resell it, and there would just be one copy in the world. What would you think about your readers reselling e-books, if it really was one copy only?

Well, obviously, I hate piracy, but I feel like if someone purchased a copy of my book, it’s theirs. It’s their copy of my book. So when we independently publish books, we allow lending, because they should be able to lend it to someone. I don’t have any problem with my print books being in used book stores. That’s a sign of success, if they are in used book stores and if they are in libraries.

I’m all about my readers, and if they want to make a buck off their digital book, it’s their book. They bought it. As long as it’s that one copy and it stays that one copy. And it’s good for me. That’s another person reading my book. I have lots more books to publish. If they can’t find another used book, they can buy one from me. 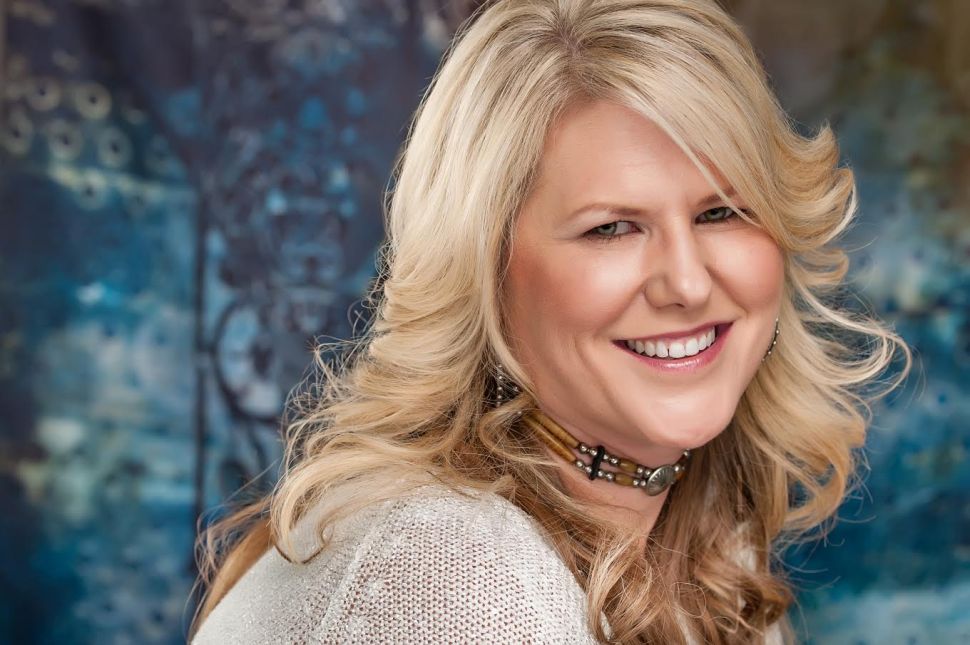