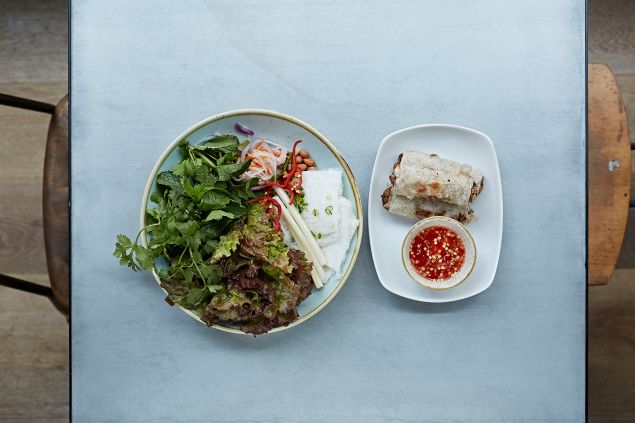 Veteran chefs Jason Neroni, Michael Hung and Tin Vuong aren’t playing around with their latest Los Angeles ventures. They’ve all recently opened extremely high-profile restaurants in thriving areas. And they’re all serving three meals a day—adjusting like pros to the biorhythms of their busy neighborhoods.

Here’s a look at what these can’t-stop-won’t-stop chefs are up to at their latest hot spots. 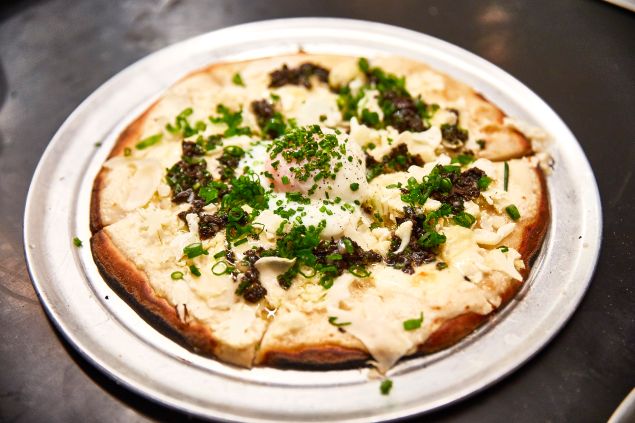 Jason Neroni’s remake of the old-school Rose Cafe, not far from the beach in Venice, is one of the best new places for dinner in all of L.A. Mr. Neroni, who was a force in New York City (earning three New York Times stars for his cooking at 10 Downing) and at Venice’s widely acclaimed Superba Snack Bar (which just closed in January), has created a massive menu that celebrates raw-bar finesse, whole-animal butchery, open-fire cooking, Italian influences and, of course, local produce. But it’s Mr. Neroni’s riffs on popular dishes that really make this a total-package restaurant.

Yes, that’s a fermented turnip salad with your grilled bone marrow. Yes, the black-and-white pizza, aka the White Iverson, has toppings that include cauliflower, black truffles and an egg. Yes, the crudo is a symphony of yellowtail, Cara Cara oranges, elderflower vinaigrette, basil oil and sesame seeds. Yes, you might have to talk your dining companion out of drinking the schmaltz butter next to your baguette.

You know how people say that L.A. is the new Brooklyn? Well, Venice might as well be Court Street by the beach when you consider that the sprawling Rose resembles what might happen if Prime Meats, Frankies and South Brooklyn Pizza turned into one over-the-top restaurant. Yes, we were floored by the schnitzel we had after our pizza and pasta with meatballs. Yes, there’s steak here too.

And this is just dinner, where the confident cooking and sexy cocktails match the crowd. For breakfast and lunch, there are pastries from Jacob Fraijo and Christina Hanks (who both previously worked at San Francisco’s Quince and Cotogna), more Neroni pizzas, salads, soups and sandwiches. Come during the day, and the Rose is a chill waterfront-community hangout where guests might stroll in wearing shorts and flip-flops even during the winter. Yes, there’s avocado toast and kale salad. Yes, this is a place where you can linger with your patty melt. You might even see a dude staring intensely at his laptop. If he puts down the computer and walks into the kitchen, you’ll know that it’s Mr. Neroni, getting ready for the dinner rush. 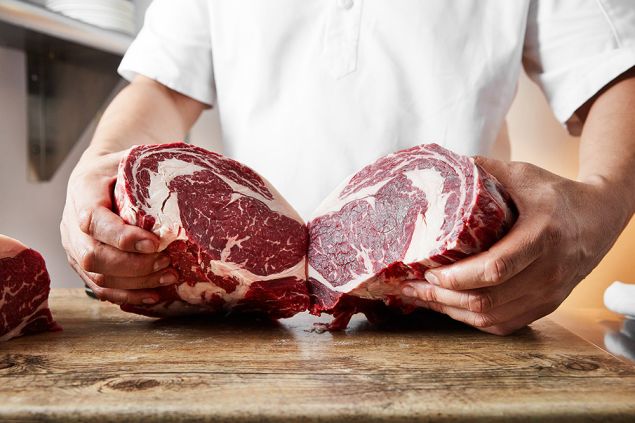 The Avalon Hotel Beverly Hills has long been the site of entertainment-industry power lunches, and Michael Hung’s new restaurant makes things a lot more delicious with a showstopping burger featuring a fried egg, cheddar cheese and avocado cream. Breakfast meetings, too, are a lot dreamier at the Avalon these days, because they can include Mr. Hung’s gorgeous lemon ricotta pancakes.

But the main event now is dinner, when Mr. Hung’s collaboration with the fast-rising Bombet Hospitality Group (Terrine, Hanjip) morphs into a destination restaurant that draws diners from all over the city. Viviane is where the hotel’s Mid-Century bones, new Kelly Wearstler designs and poolside seating all set the tone for marvelous evenings headlined by Mr. Hung’s refined take on Continental cuisine. The chef (who previously cooked at Faith & Flower in Downtown L.A. and La Folie in San Francisco) is an ace at melding classic technique with modern inventiveness. Handmade linguini is served with geoduck, Manila clams, Chardonnay sauce and pan-fried breadcrumbs. Shellfish boudin blanc includes lobster, scallops and shrimp. The grilled Piedmontese rib eye comes with bone marrow gremolata and creamy potato puree. Mr. Hung’s food is, in a word, luxurious. 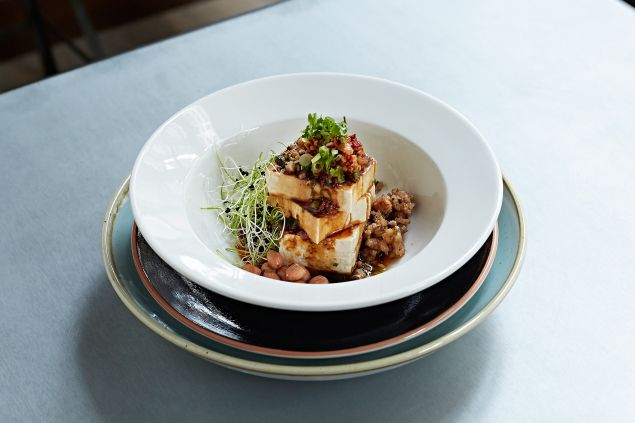 Tin Vuong, king of the South Bay dining scene, has expanded to Downtown with his swaggering version of pan-Asian food. This means congee with confit pork shank and salted cabbage for breakfast. It means your 10 a.m. meal could also include a spicy fried fish banh mi along with your pain au chocolat. Lunch can be a spicy, crispy-leek-topped tower of cold mapo tofu followed by imperial rolls (filled with shrimp, crab, pork and taro root) and salted cod fried rice. Dinnertime is when you’ll want to ball out with red braised lamb curry and salt-and-pepper lobster. And the coconut-braised pork and quail eggs is comfort food at its finest.

Mr. Vuong, who lives in the San Gabriel Valley but somehow manages to also run the original Little Sister in Manhattan Beach, as well as restaurants in Hermosa Beach, Redondo Beach and Culver City, isn’t a guy who holds back. He’s got six kinds of congee and four different banh mis on his daytime menus alone. Dinner means three dozen options for stimulating your palate. If your mouth feels a bit numb after the ma la beef tartare, well, you’ve started your night the right way. 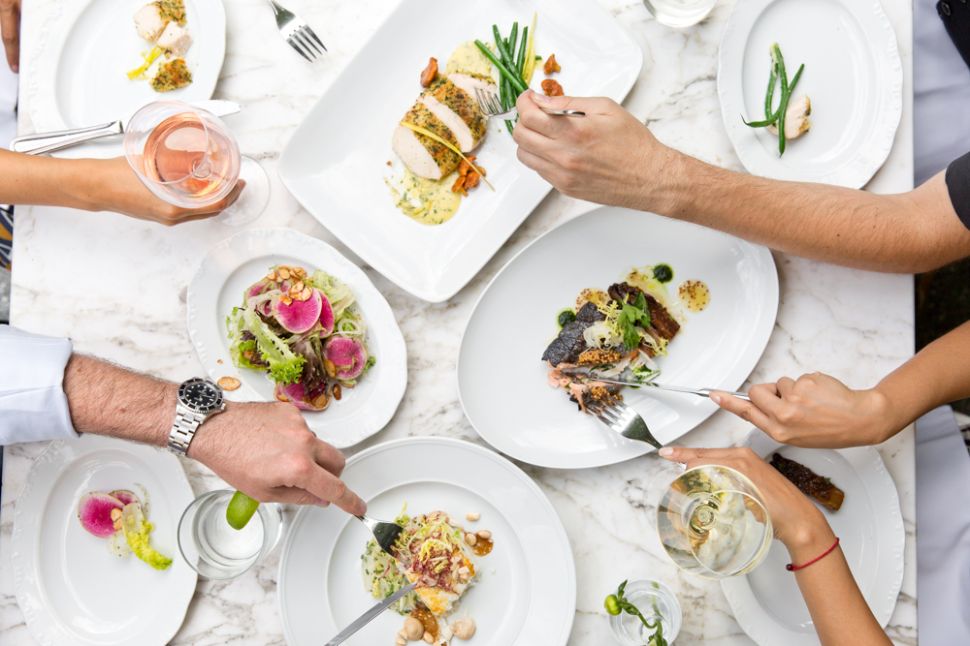