Two weeks ago, I was lucky enough to be invited to HBO’s headquarters–along with several other reporters–to meet with John Oliver, the star and host of Last Week Tonight, the third season of which premieres…well, tonight. Though the former Daily Show correspondent has no plans to continue with an interview series in line with his Moscow sit-down with Edward Snowden last season, Mr. Oliver did talk about the experience.

“I was terrified going through customs,” Oliver said of his meeting with Edward Snowden for last season’s show…a meeting that HBO apparently did not even know about until after it was shot. “Because you know you’re not supposed to meet fugitives.”

“That’s just basic level parenting. Don’t stare directly into the sun and don’t meet fugitives. It was a panicky 36 hours there, and we did split the tapes between us on the way back, just in case one of us got stopped.

On Snowden himself, Oliver found him persuasive. “One of the hardest things he has to answer to is ‘Do you accept risk out of your control? Do you accept the risk that you’re not directly accountable for?’ And he does. I thought his answers were pretty impressive. To that, he said “You are never without risk if you are free.” That’s a hard thing to admit.

We rounded up some of John Oliver’s best responses below.

On whether he feels that Last Week Tonight has a responsibility to tell the news:

No, none. It’s jokes. If you look at the script, we have a joke of every single thing: for every fact, for every statistic, for every quote…Tim Carvell and I like to squeeze as many jokes in and make it dense.

On making Ferguson into a police militarization story:

We tend to try to find a different point of view rather than just churning through the footage you’ve already seen. You saw that with what we did with the pastor when the correspondences got out of control. We decided to make our own church!

On being labeled a news “outsider” because he’s British:

I feel like this is my home. I know it doesn’t sound like it, with the noises that come out of my face, but I’ve been here for ten years. I married an American. But listen: English people tend to see any country that’s not England as their home. That’s how we conquered two thirds of the world! “Hello India! Oh, it feels like home! Put my bag down!” But a decade in, there’s nothing that really baffles me anymore…I can’t be baffled.

On chasing the millennial demo:

The thought of that makes me so nauseous. The idea of chasing them. I don’t even know where to begin unpacking that. I think anything that is targeted at millennials–you made me use that fucking word–is by its nature annoying to me and I imagine, annoying to millennials.

On whether Vice and Last Week Tonight have some overlap:

On his favorite podcasts:

I listen to everything. From On the Media to Marc Maron to Planet Money, BBC World Service has an interesting podcast…even I like being lectured by a girl with plummy vowel sounds every day. 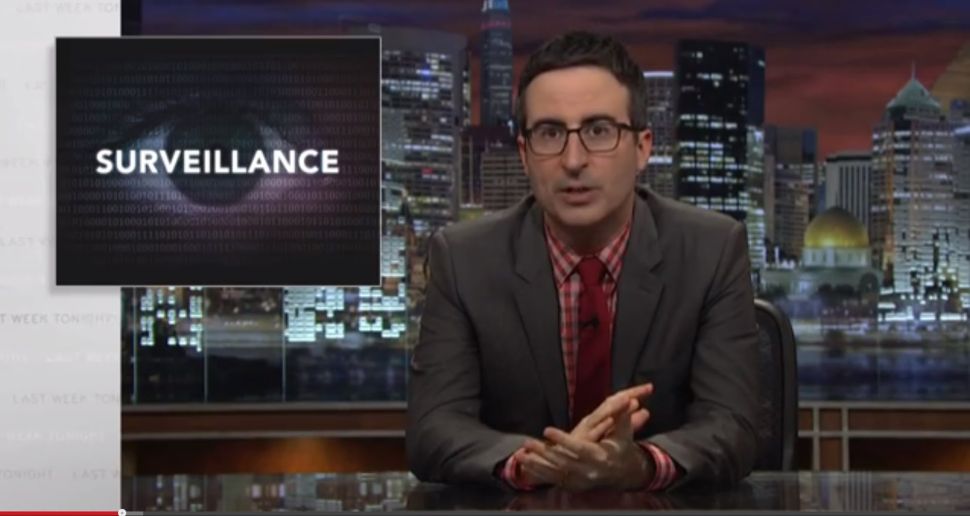