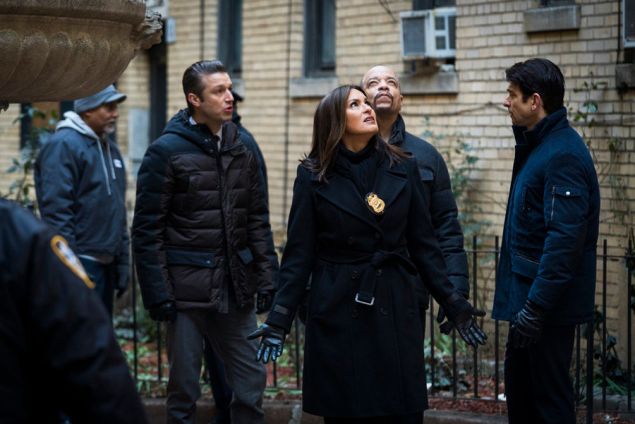 There are a lot of people out there who think that the majority of the population consists of a bunch of narcissists who only worry about themselves  — above all else.

This week’s episode of SVU examined that very issue with a case based on the 1964 murder of Kitty Genovese. The 28-year-old was stabbed to death just outside her apartment building in Kew Gardens, a neighborhood in the borough of Queens in New York City.

The New York Times reported that approximately thirty-eight witnesses supposedly saw or heard the attack, none of whom came to Genovese’s aid.

In this SVU case, a young woman named Libby, who’s just taken drugs and is nearly passed out, is ‘helped’ from a coffee shop by three young men. They lead her out into the night and what happens next is murky. But along the way, there are clearly people who know that something is wrong, very wrong, but they do nothing.

When the young woman is found the next morning lying outside the building having been sexually assaulted, the detectives of the 16th precinct are called in to handle the case. They’re all outraged (particularly Detective Carisi) that even though many saw or heard something, not one person called 911. When asked about this, each one has an excuse, but mostly they conceded that they didn’t call because they each assumed that someone else would take care of it, an occurrence that’s referred as “The Bystander Effect.”

After doing some good old-fashioned door knocking and rounding up people who had at least some snippet of information about the incident, a line-up ensues and a credible witness IDs three young men.

When the suspects are spotted, a foot chase commences and ironically it seems everyone in the vicinity has a cellphone and is recoding the action. (This too incenses Carisi.)

It’s again the angry Carisi who comes through when he convinces Libby’s neighbor and friend to admit that he saw the whole incident. An alcoholic who fell off the wagon that night, he admits that he just didn’t want to get involved. When he shows up to court drunk and admits as much on the stand, it seems as if the case is sunk. But Barba works some magic and proves to the jury that the man is a reliable source. In the end the three young men are convicted.

It wasn’t a particularly complicated case – except it was; the victim had taken drugs and couldn’t remember what happened, most of the ‘witnesses’ made sure they didn’t hear or see enough to be helpful, some were threatened, and the witness who saw the most real was drunk in court.

While there was conclusion at the end of the episode, there were enough threads left hanging here that large parts of this case could unravel going forward. That’s not something that’s that unusual in the court system, and it has been rare in the past on SVU, but not as recently, so it will be interesting to see if any fallout from this case shows up in future installments this season.

Speaking of threads, let’s look at what we learned about the members of the 16th in this episode, Carisi mentioned in passing that he thought the bar exam was difficult. Does this mean that he’s already taken it? If so, where’s he headed with this? Carisi’s career path apparently isn’t clear at this point, but since that point was made, it’s a good bet that there will be more on this in future episodes.

We also discovered that motherhood has made Rollins a little bit self-righteous. She emotes some disgust that Libby was a mother who lost custody of her two kids because of drug use, to which Olivia reminds Amanda that addiction is a disease. Admit it, part of you wanted Liv to say, “Ah, Amanda, aren’t you the pot calling the kettle black? Remember that little thing you got going on with your gambling problem?”

But apparently Olivia may have some addiction issues of her own as she was pretty quick to keep topping off her own wine glass.  (And of course we’re all curious to whom Liv was oh so causally chatting it up with on that call as she was downing her vino. This is reminiscent of ‘The Hand’ from Season 14!) With her ‘rain check’ to the mystery caller, we’re all reminded that skipping a social outing to stay home and drink alone is one of the signs that someone might have a problem. But you’re all smart; this isn’t something that was too hard to see, especially when Liv poured that third glass. And, we’ve seen her finish a bottle and crack open another by herself before. So, let the speculation about where this goes from here commence. (Where is Cragen to whisk her to an AA meeting??!!)

It seems like there was a lot of self-preservation going on with everyone in this episode – the victim with her drugs, all of the people who didn’t want to get involved, the alcoholic neighbor, even with Rollins, Carisi and Benson all trying to cope with the difficulties in their own lives, each in a unique manner.

In the end, there were still a lot of unanswered questions – Will Carisi leave the SVU team to become a full-time lawyer? Is Rollins really a changed woman now that she’s a mom? Is Olivia following in her (alcoholic) mother’s footsteps?

And there you have it — the fabric of SVU seems loose, with more and more threads appearing ready to unravel at a moments notice. Only time will tell if what’s left will be something tattered and torn, or a reconstructed garment that can continue to provide comfort, most importantly, protection.

Whatever happens, with the recent renewal of SVU for an 18th season, fans can rest assured that at least all the drama won’t end anytime soon. 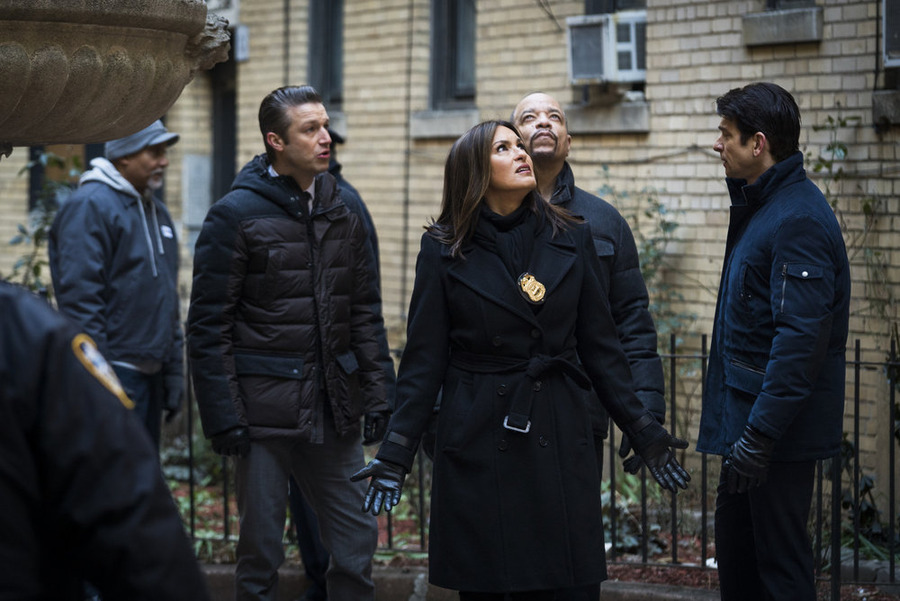