Anyone who’s ever seen even a single episode of Law & Order: SVU knows that it’s always hard to know whom to believe about what. In this installment, video blogger Kristi Cryer claims that she was assaulted by a bar manager named Noel Panko in the bathroom of well-known actor Bobby DiMecco’s club.

Things take a turn when Kristi changes her story, saying that DiMecco also took part in her assault.

Initially, it’s hard to know if Kristi’s really credible as she seems like nothing more than a fame hound who posts videos about every aspect of her life, including the beginning of her rape kit exam and her interaction with the SVU squad.

During their investigation, the detectives discover via the security cameras in the bar that Kristi willingly went into a bathroom with Bobby and that she was dancing in the club after the supposed rape. When confronted with this information Kristi admits that she performed oral sex on Bobby but says that Noel entered the bathroom during that time and forced her to have sex with him. She claims that she danced because it was her friend’s birthday and she didn’t want to ‘bum her out.’

When ADA Barba concludes that there isn’t enough evidence to pursue charges, Kristi takes to her vlog and blasts Noel and Bobby which leads to another woman admitting that the two men did the same thing to her. Unfortunately, that young woman refuses to testify because she works on Bobby’s television show and fears for her job.

Rollins becomes incensed that the two men might get away with their crimes so she takes it upon herself to bring them down. Going rogue she heads to the club, flirts with Bobby and gets him to take her to the basement bathroom. Once there he makes his move, as does Noel. Just when it looks like Rollins has gotten herself into a position that she can’t get out of, she knees Noel in the jewels and quickly presses Bobby’s face into the wall as she wrenches his arm behind him.

As unis are cuffing the two and putting them in a squad car, Sgt Dodds (Dodds Jr.) shows up and chatises Rollins for working off book. Noel and Bobby’s attorney makes an appearance as well and says that what Rollins did is inadmissible because the pair had already lawyered up.

Barba has a change of heart and decides that the case against the two men is worth pursuing and it goes to trial. In the courtroom, the defendant’s lawyer, the always smarmy John Buchannan, tears into Kristi and her account of what happened, questioning her motives and actions. When the jury gets the case they barely take a breath and declare Noel and Bobby not guilty.

Back in the squad room, the detectives watch as the footage that Rollins shot of her assault in the bathroom is played on news channel New York 1.

An understandably angry Benson calls Rollins into her office and rips her for going undercover without authorization and for leaking the footage to the press. Rollins insists that she didn’t leak the footage but Benson doesn’t believe her. After Rollins has left, Dodds Jr. admits that he’s the one who made sure the footage got out to ensure that the men got what they deserved.

While this episode might have been built on the foundation of the case against a celebrity getting away with things because of his fame, it was, in true SVU style a narrative that was fictionalized to include other elements as well. These included two guys working together to commit assault, the use of connections to sweep a crime under the rug, and a millennial employing technology to enact personal justice.

The point was made that Noel and Bobby have worked in tandem to assault women prior to their attack on Kristi and given what they did to Rollins it appears they would most certainly continue until somehow precluded from doing so. This scenario makes a statement about rape culture. How can these men both think this is ok? Is it some ‘my buddy’s doing it so it must be ok’ mentality? I can’t speak about how testosterone affects the thought process, but I just don’t think you’d ever hear one woman say to another, ‘hey, let’s assault someone for our own pleasure’ and have the second woman shrug and say ‘ok, sure.’ If it’s more than one man assaulting a woman, it’s gang rape – a phrase that one hopes will be abolished at some time in the future, but that sadly probably won’t. Remember when you were young and some adult warned you ‘just because someone else is doing it doesn’t mean you should be doing it’? That applies here. This was a sick scenario that unfortunately does happen and once again SVU found a way to show something terrible and use it to make a statement.

How about Dodds Sr. being convinced that Bobby couldn’t have done this? Let’s all remember that just because someone is well-like doesn’t mean that they’re a good person. I think we’ve seen this more than a few times in real life.

Kristi’s use of social media to tell her story was spot on. We’ve moved into an age when this is a very real thing. Some may say it’s a bad thing while others will contend that it’s a good thing. Yes, there are problems in using social media this way, but the truth is it can lead to discussions, movements, accountability, and possibly change.

One of the best parts of this storyline is that it shows there may be a shift in victims staying silent. Kristi clearly wasn’t reluctant to go to the hospital, to say she’d been raped online and to identify her attackers. (Yes, she was initially reluctant to admit it was Bobby because of his celebrity status but once she owned that, she clearly owned it.)

Sadly, the courtroom scenes only reiterated that a rape victim’s actions both prior to and after her assault are always questioned. With other crimes things are different. You never ask someone who was mugged what they were wearing, if they had been drinking, if they knew the mugger, and what they did after they were held up. So why are rape victims continually asked these questions? It would be great to hear an acceptable answer to this inquiry, wouldn’t it?

It’s also important to mention this thought relating to this episode, and quite frankly nearly every episode, of SVU – name one woman who has gained fame and fortune or really anything like that by reporting her rape. Did you think of one? I don’t think so. This is a tough, tough thing to do. The women who do this do not do it lightly. They know what kinds of challenges, both personally and with the judicial system, are in store for them.

Maybe seeing an episode like this, where a confident young woman owned what happened to her and didn’t shy away from speaking out about it, will lead to a shift in attitudes, both about reporting assaults and about methods used in prosecuting these types of crimes.

Shifting a bit to discuss the SVU squad – what the heck is going on!!?! Rollins is going rogue, Dodds Jr. is ‘leaking’ video, and there was other assorted chaos that seems to have transpired lately under Benson’s watch.

Even before I saw the promo for next week – the one that shows Benson being called on the carpet (and possibly being kicked out of her office!) – I thought, ‘wow, everyone’s really running amok here. Benson’s not handling things very well.’

While she needs to assert authority in her position, it does appear that recently Olivia is just a bit too self-assured. Maybe, much like this episode of SVU, it will be a time when pride comes before a fall.

At this point, who knows what to believe. 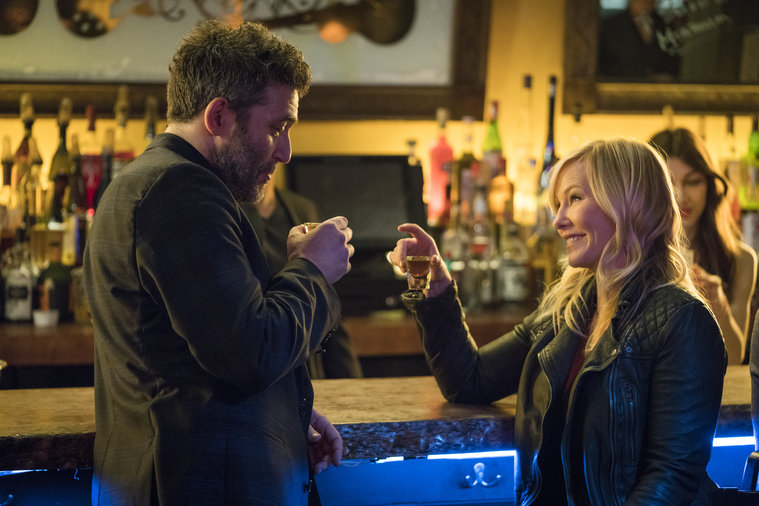