I have a controversial view that is based on my alternative economic template, and I feel a responsibility to share at this precarious time.

In brief, the Federal Reserve’s template, and that of most economists and market participants, reflects the business cycle.

What I am contending is that there are limits to spending growth financed by a combination of debt and money.

It is because of the long-term debt cycle dynamics that we are seeing global weakness and deflationary pressures that warrant global easing rather than tightening.

Since the long-term debt cycle issue is the biggest issue that separates my view from others, I’d like to briefly focus on its mechanics.

What I am contending is that there are limits to spending growth financed by a combination of debt and money. When these limits are reached, it marks the end of the upward phase of the long-term debt cycle. In 1935, this scenario was dubbed “pushing on a string.”

This scenario reflects the reduced ability of the world’s reserve currency central banks to be effective at easing when both interest can’t be lowered and risk premia are too low to have quantitative easing be effective.

QE works because those “risk premia”—which are the spreads between the expected return on cash and the expected returns on other assets such as bonds, stocks, real estate and private equity—draw the buying of investors who sell their bonds to the central banks during QE.

You see, our whole capital allocation system—banking and investing—is driven by spreads so that when they are large, QE works better than when they are small.

When there are good spreads—in other words a large risk premia—and those who sold their bonds take their newly acquired cash to buy those assets that offer attractive spreads, bid up their prices and drive down those expected return spreads (ie risk premia) of those assets.

As a result, it is difficult to push the prices of these assets up and it is easy to have them fall. And when they fall, there is a negative impact on economic growth.

When this configuration exists—and it is also the case that debt and debt service costs are high in relation to income, so that debt levels cannot be increased without reducing spending—stimulating demand is more difficult, and restraining demand is easier, than is normally the case.

At such times the risks are asymmetric on the downside and it behoves central banks to err on the side of waiting until they see the whites of the eyes of inflation before tightening.

That, in my opinion, is now the case.

Ray Dalio is the founder, Chairman and co-Chief Investment Officer of Bridgewater Associates, the largest hedge fund in the world with $155 billion in assets under management. The firm was recently named the most successful hedge fund in the industry by LCH Investments, having made more money than any other manager for investors since its inception in 1975. This post originally appeared in the Financial Times Markets Insight column. 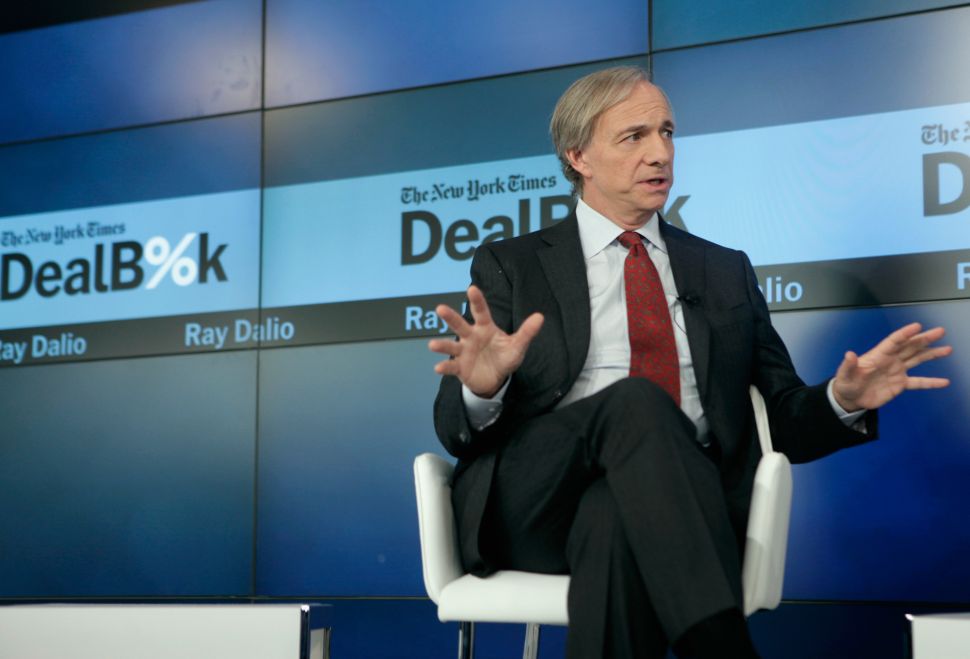