Environmental groups are joining Senator Ray Lesniak (D-20) in calling for stiffer penalties for ExxonMobil over the destruction of marshlands in the Bayway section of Linden and Bayonne. Lesniak filed his appeal of the New Jersey Superior Court’s decision on the matter this Monday, citing the state’s original estimate of $8.9 billion in damages.

Superior Court Judge Michael Hogan previously rejected Lesniak’s motion to appeal a settlement between the New Jersey DEP and ExxonMobil. Lesniak believes the oil giant’s contribution to pollution and improper land use should incur a greater penalty than the $225 million settlement they reached with the NJDEP last year.

“This is the largest environmental contamination case in New Jersey history, which makes the settlement one of the most egregious sellouts the state has experienced,” Lesniak said. “This fight is far from over. Legally, the lower court decision clearly violates the New Jersey Spill Act and results in a gift to ExxonMobil of nearly $1 billion. There must be a right to intervene because the settlement is a matter of substantial public interest.”

Environmental groups joined Lesniak with their own appeal Tuesday, calling the last year’s outcome a step backward for cases against ExxonMobil across the state.

“The people of New Jersey have been victimized twice- first by the pollution and second by the state settling less than $225 million for natural resource damages estimating more than $8.9 billion at two refineries and then adding 16 additional sites, and over 800 gas stations to the settlement,” said Jeff Tittel, Director of the New Jersey Sierra Club. “This issue is so important that we will continue to battle it in court. Our fight for the environment will continue until Exxon pays, and cleans up their mess, and the money goes to the communities impacted by this pollution.”

“The courts are the main check on the Christie’s Administration’s legal excesses, and the trial court severely erred by rejecting our intervention in the case and even our standing. We hope the public interest is served by the Superior Court,” said Environment New Jersy’s Doug O’Malley. “Exxon has created a legacy of pollution and public health risks, and the disregard of a generation of pollution at hundreds of Exxon facilities is a slap in the face to New Jersey.”

See the full brief that environmental groups provided to to Hogan here. 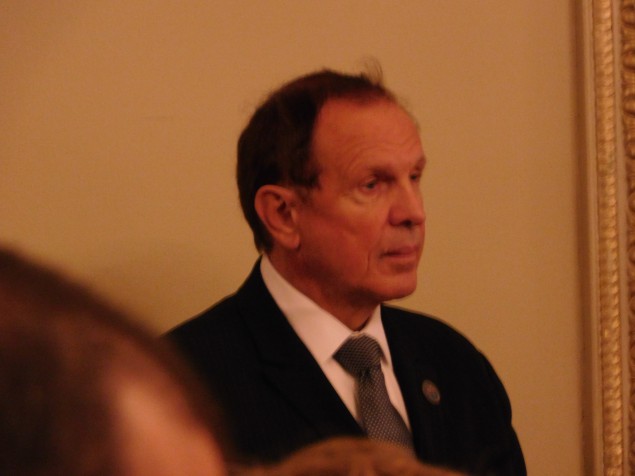