A cadre of left-leaning economists came together this afternoon to defend Sen. Bernie Sanders’ economic policies and push back against growing criticisms from several leading numbers-crunchers.

The economists defending Mr. Sanders, including Robert Reich, a former secretary of labor in the Bill Clinton administration, said the Vermont independent’s far-reaching plan, which calls for a single-payer healthcare, free college tuition, infrastructure investments and higher taxes, is “absolutely critical for the future.”

“One of the biggest reasons for this kind of success coming out of the Sanders plan has to do with the magnitude of the plan,” Mr. Reich argued in a conference call organized by the Sanders campaign. “There is nothing unrealistic about it.”

The Sanders campaign was on the defensive after several economists criticized an analysis by Gerald Friedman, an economist at the University of Massachusetts, that projected Mr. Sanders’ policies would eventually boost middle class incomes and fuel economic growth at a stunning rate of 5.3 percent a year. The growth would provide the tax revenues for the Sanders administration’s ambitions, according to Mr. Friedman, who said he actually supports Hillary Clinton for president.

Economists tied to the Obama administration wrote last week that “no credible economic research” supports Mr. Friedman’s conclusions. “Making such promises runs against our party’s best traditions of evidence-based policy making and undermines our reputation as the party of responsible arithmetic,” the former chairs of the Council of Economic Advisers wrote.

For Ms. Clinton, the well-timed letter was a validation of her critiques of Mr. Sanders, a self-described democratic socialist: he’s a nice guy and a progressive, but he’s in essence a pollyanna. The liberal economist and New York Times columnist Paul Krugman has also been a persistent critic of Mr. Sanders on these grounds, to the delight of Clintonworld.

Given that economics is an inexact science, and often-politically infused, policy plans are almost always the subject of fierce debate. Mr. Friedman and his defenders say the critical economists failed to thoroughly vet his analysis, which they maintain used basic macroeconomic principals.

“First, very large position of this [Sanders] plan are desirable, period. They make the country a much better place,” said William K. Black, an associate professor of economics and law at the University of Missouri-Kansas City. “The second thing is, on the economics, people may assume from both the vituperative nature of the … letter and their complete dismissal that Gerald Friedman did something bizarre and obviously absurd. In fact, it’s critical to understand the models he was using are precisely the models the Council on Economic Advisers use, precisely the models Paul Krugman uses.”

Mr. Sanders’ single-payer plan has come under attack from some on the left for underestimating the price tag, as well as the chaos that would ensue if America suddenly shifted from the Affordable Care Act to a government-run insurance program modeled on what’s been implemented in many other industrialized nations. One issue Mr. Sanders seems to be underestimating is the furious opposition he would face from the pharmaceutical industry and medical doctors, who would see salaries decline and profits drop with cheaper drugs and lower reimbursements.

Stephanie Woolhandler, a professor at the CUNY School of Public Health at Hunter College and a lecturer at Harvard Medical School, said single-payer was ultimately necessary because America’s healthcare system, even with Obamacare, is “still broken.”

She argued administrative savings and cheap prices for consumers would offset the higher costs of running a single-payer system on such a large scale.

“If we don’t aim high, then what’s the use of aiming at all?” he asked. 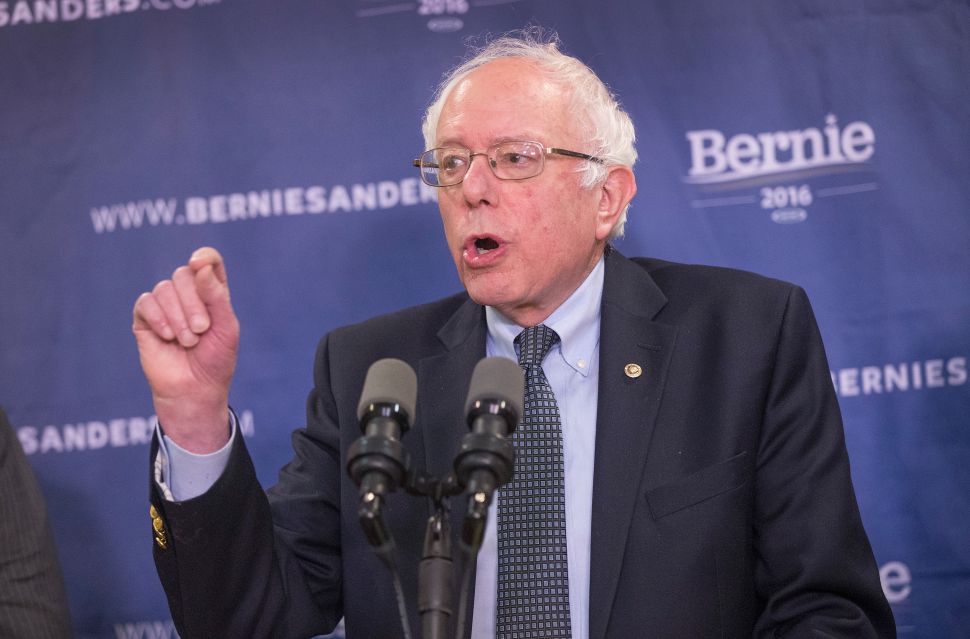